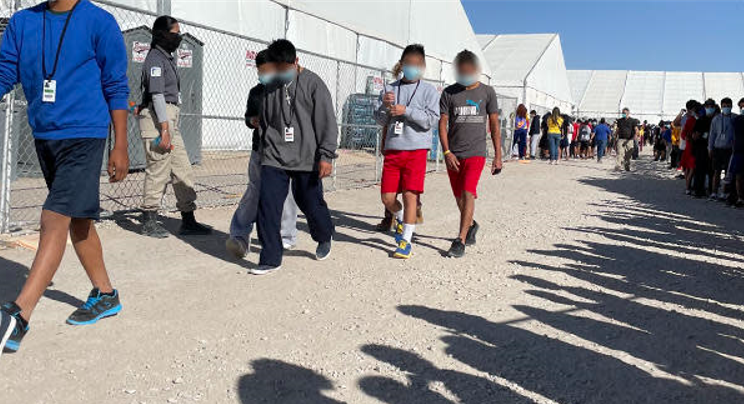 The Fort Bliss EIS is run by the U.S. Department of Health and Human Services’ (HHS’s) Office of Refugee Resettlement (ORR). The children are in the custody of ORR. Fort Bliss is one of several EISs holding them, ostensibly on a temporary basis.

The information disclosed in the second complaint was provided by Arthur Pearlstein and Lauren Reinhold, current career federal civil servants and attorneys who volunteered to support ORR’s work. Mr. Pearlstein was posted to Fort Bliss for two months (between April and June 2021) and Ms. Reinhold one month (May 2021).

“I am speaking out in the interest of accountability and with the hope that the many avoidable failures in the program at Fort Bliss will not be repeated. Gross mismanagement, waste, and abuse of authority by those at the top who insisted on utmost secrecy led to conditions for thousands of children at Fort Bliss that can only be described as constituting mistreatment.”

“While I am pleased that HHS recruited Federal employees to assist with the influx of unaccompanied children crossing the border, I feel our talents and input were underutilized.  It is my hope that ORR will develop a long-term humanitarian plan with adequate contractor oversight to house children in better conditions, and to place them with U.S. sponsors more expeditiously.”

“The information provided by Mr. Pearlstein and Ms. Reinhold corroborates and goes beyond the reports from our other federal employee whistleblower clients who volunteered to help the unaccompanied children warehoused by ORR at Fort Bliss, and elsewhere.  Their information further reveals violations of law, rule and policy, gross mismanagement, gross waste of resources, abuses of authority and substantial and specific dangers to public health and safety.”