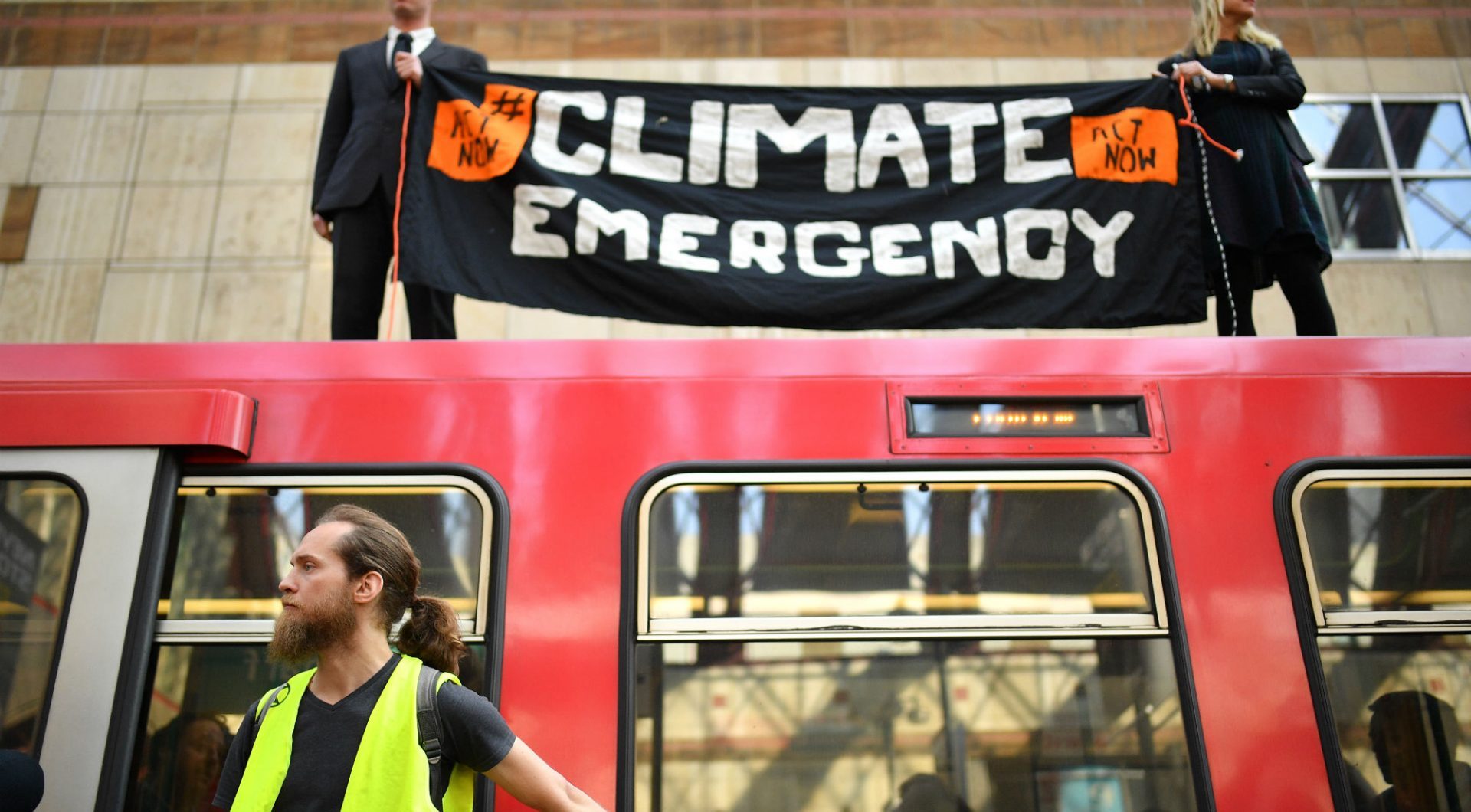 Who Are Extinction Rebellion, The UK-Born Activist Group Holding Cities To Ransom?

With many major London thoroughfares brought to a standstill for the third day running, activist group Extinction Rebellion have succeeded in making a statement it’s impossible to ignore. Oxford Circus is blocked off, Waterloo Bridge has become a makeshift bunkhouse, and countless similar protests are popping up across the city, country and planet. But who are Extinction Rebellion, and what do they want? How have they organised so quickly, and what’s that symbol all about? We’ve rounded up everything you need to know about the group currently holding the country to ransom.

Extinction Rebellion (or “XR”) are an international movement seeking new approaches to how governmental bodies address and climate change. The group are centred around the belief that humanity is approaching the point of extinction as a result of man-made climate change. Operating with non-violent civil disobedience, their actions include sit-in protests, headline-grabbing stunts and large-scale gatherings and marches, all with the aim of demanding a fast-acting governmental response to what XR see as “the risk of human extinction and ecological collapse.” They largely unite under the Extinct Logo – a logo used to represent the threat of extinction for a number of years. A design based upon a bold ‘X’ (for ‘eXtinct’) and an hourglass, it has been called “this generation’s peace sign”.