Who Is Robert C. O’Brien: Replacing John Bolton, Where Does Trump’s New Security Advisor Stand On Matters Of War And Peace?

President Donald Trump has named Robert C. O’Brien as his new National Security Advisor. As O’Brien steps into the role vacated by the hawkish John Bolton, how different are his foreign policy positions?

Before Trump announced O’Brien’s hiring on Wednesday, the State Department diplomat was a relatively unknown figure outside the Beltway, save for his bizarre jaunt to Sweden in July to haggle for the release of jailed American rapper A$AP Rocky, at Trump’s behest.

Though that endeavor was ultimately fruitless, the president saw fit to promote O’Brien to National Security Advisor – a position occupied by infamous superhawk John Bolton. Trump fired Bolton last week after “strongly disagreeing” with his positions – reportedly because Bolton was trying to goad the president into wars in Iran, North Korea, Venezuela and Syria. But now that O’Brien has Trump’s ear on matters of war and peace, will he prove a different kind of influence?

I am pleased to announce that I will name Robert C. O’Brien, currently serving as the very successful Special Presidential Envoy for Hostage Affairs at the State Department, as our new National Security Advisor. I have worked long & hard with Robert. He will do a great job!

While Bolton’s appetite for conflict was well known before he joined the Trump administration, O’Brien’s philosophy is less household knowledge. However, many of his positions are set out in his 2016 book: ‘While America Slept: Restoring American Leadership to a World in Crisis’

O’Brien is no dove. In his book, he opens by lambasting the Obama administration’s military cutbacks and humility on the global stage, accusing the former president of emboldening “autocrats, tyrants, and terrorists.”Calling for military spending increases and a navy to“rule the waves,”O’Brien also makes the case for a United States that leads a global coalition of allies.

Foreign entanglements are anathema to President Trump’s “America First” brand of leadership. The president has questioned the value of alliances like NATO, and called on America’s partners to pay more for the US’ protection. Trump’s isolationism has put him at odds with senior officials like former Defense Secretary Jim Mattis. Whether O’Brien will temper his beliefs to suit Trump’s or attempt to sway his boss remains to be seen. 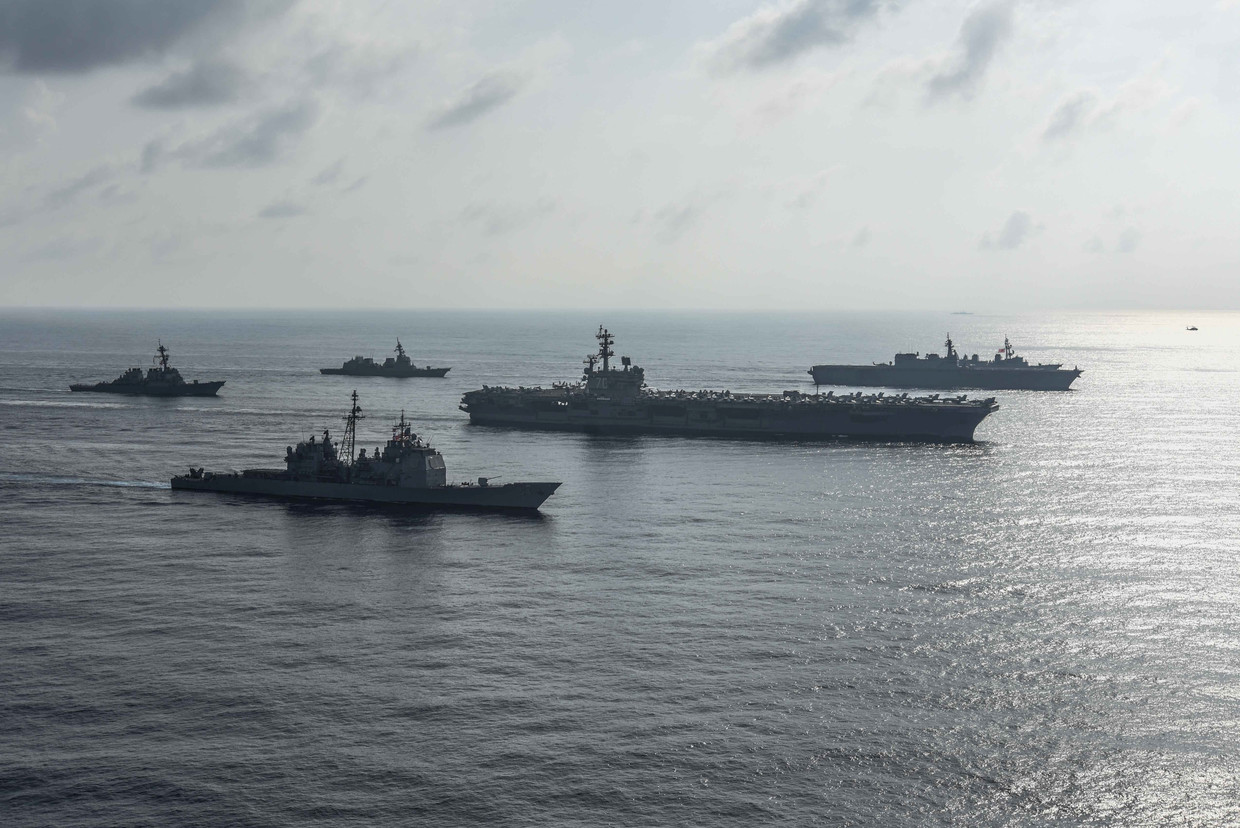 A joint American-Japanese patrol in the South China Sea, 2018 © Reuters / US Navy

O’Brien is fixated on China’s rise to global power, and warned of the country’s maritime expansion as a “red storm rising.” China’s growing sea power, he said, should be countered with an even stronger American Navy.

His aggressive stance toward Beijing will fit right into the Trump administration’s. From the president’s trade wars to the Pentagon’s labeling of China as a “predatory” and “strategic competitor,” the current administration has pushed a far harder line on Beijing than its predecessor.

O’Brien was named by Trump less than half an hour after the president announced “significant” forthcoming sanctions on Iran, in response to allegedly Iranian attacks on Saudi Arabian oil facilities over the weekend.

Though Bolton had advocated military action against the Islamic Republic, Trump has been more restrained. O’Brien is nevertheless a proponent of a hard line on Tehran, comparing the Obama administration’s signing of the 2015 nuclear deal with the appeasement of Nazi Germany before World War II.

Describing Iran as“a sworn enemy of the United States,” O’Brien stopped short of calling for military action, but ruled out signing a deal with Iran without a complete end to its civilian nuclear program too.

O’Brien’s book was written in 2016, before the ‘Russiagate’ fiasco well and truly consumed American politics. Thus little space is devoted to Moscow’s role in world affairs. However, O’Brien sets aside a chapter to lavish praise on Ukraine’s pro-western activists, lauding them for “taking their country back”from the “despotism”of Vladimir Putin.

Among the flowing tributes to the Maidan activists, O’Brien celebrated the electoral breakout of Ukraine’s Samopomich party, without mentioning its ties to ultranationalist groups. 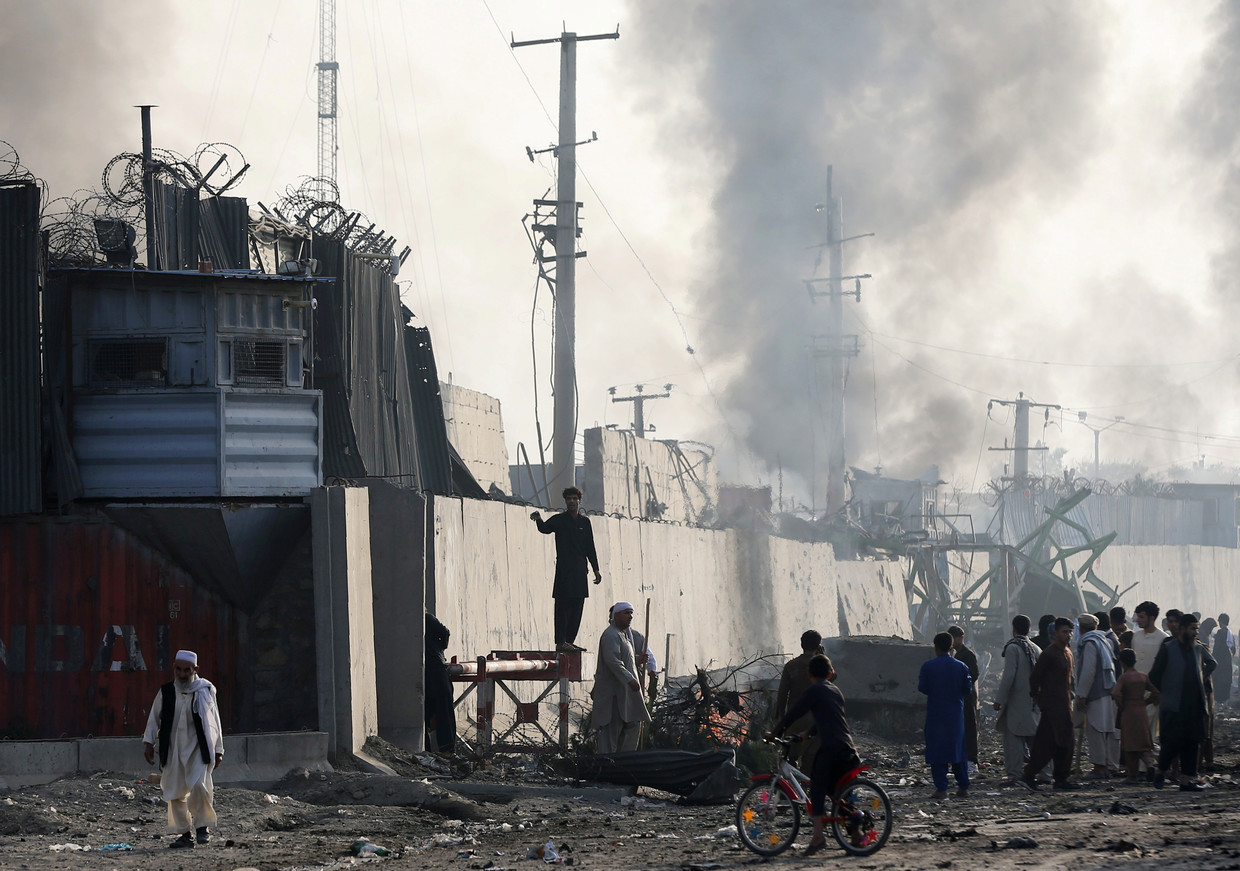 Though the US has been at war in Afghanistan for 18 years, O’Brien enters the Trump administration at a critical time. Keen to fully withdraw from the country, Trump recently scheduled a meeting at Camp David with Taliban officials, before abruptly cancelling it following a string of Taliban bombings in Kabul.

Roundly criticized for even entertaining the Taliban on US soil, Trump then boasted that “the Taliban has never been hit harder than it is being hit right now.” However, with the Taliban controlling more territory than at any point since 2001, striking a deal with the militants will be necessary to ensure a smooth withdrawal.

The Taliban has never been hit harder than it is being hit right now. Killing 12 people, including one great American soldier, was not a good idea. There are much better ways to set up a negotiation. The Taliban knows they made a big mistake, and they have no idea how to recover!

O’Brien has several years of experience working in Afghanistan, but will nevertheless need to walk a line between extending a hand to the Taliban and avoiding the ire of America’s lawmakers and voters, the majority of whom balk at such a compromise.

Though written in 2016, before “fire and fury,” and long before Trump would sit down to talks with Kim Jong-un, O’Brien’s book places him firmly in the “fire and fury” camp, and recommends the US “serve notice upon North Korea that it is within reach of American naval airpower.”

Denuclearization is not mentioned, though speaking about Iran, O’Brien referred to South Africa and Libya’s complete surrender of nuclear capability as the only goal the US should pursue when dealing with adversaries. Bolton’s statement that denuclearization on the Korean peninsula could follow the “Libyan model” – a model that saw Muammar Gaddafi ousted and executed less than ten yers later – nearly scuppered talks with Pyongyang last year, so O’Brien will likely adjust his tone to avoid a similar gaffe.

In choosing O’Brien, Trump appears to have made a ‘safer’ choice than with Bolton. Much of O’Brien’s career took place in the backrooms of Washington DC and away from the television cameras, unlike Bolton’s. Still, O’Brien will not be concealed from criticism in his new role, and will be held accountable for all of Trump’s looming foreign policy decisions, for better or worse.