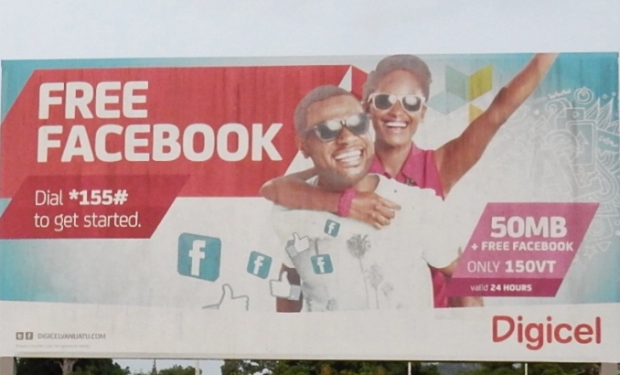 Who Will Save The World From Digital Colonialism?

Above Photo: From mediadiversified.org

Henna Zamurd-Butt speaks to the women who are working to create an open, inclusive internet

The next billion online.

UN Sustainable Development Goal 9: strive to provide universal and affordable access to the Internet in least developed countries by 2020.

Internet for everyone, and more internet in each of our lives, have become near universally accepted objectives. It might initially have seemed like we were getting everything for free but now we’re starting to realise it’s not the case; instead of paying in money we’re paying in data about us.

What is the nature of the internet that is being proliferated as a social good? Is it a surveillance network for governments and advertisers to share? A tool of Western economic, social and cultural hegemony? A new sphere for the harassment of women, now with added reach and tracking abilities! Or are these just ethnocentric criticisms that fail to understand the multifarious internets of Southern societies, and how communities make use of them differently?

These were the questions that I asked experts, campaigners and researchers at this year’s Mozilla Festival, an annual London-based event that brings together those interested in an open internet.

“We are all f*cked. And now we are exporting this clusterf*ck everywhere.”

Indian lawyer Mishi Choudhary, represents some of the world’s most significant free software developers and she is very clear that the promise of the internet has failed in its current form.

It does have the potential to be positive, Mishi explains, but the internet used by most people is falling short because the incentives of our most used tools aren’t aligned with what we want from them, be that spaces for public discourse, access to accurate information and diverse knowledges, private communication…

Digital intermediaries like Google and Facebook make their money by selling advertising – so this becomes the primary motivation. What we have is an internet presented as our utopia for all of the promises mentioned above, but one which harnesses user data and cultivates attention and clicks.

Having maximised what they can achieve in the Global North, the tech behemoths have their sights set on the next billion, to get them online and clicking on adverts. Silicon Valley isn’t just exporting tools, though; it’s a whole ideology, including a business model template that sees venture capital reserved for start-ups that can grow quickly. Since now we just expect things to be free, monetizing our data is the way to get there. There being acquisition by Facebook, or Google or Apple.

“The Silicon Valley idea has become so pervasive that people outside, for example in Kenya, have not given themselves time to think of an alternative. [Developers] will think let’s make something for farmers, but they won’t even think to talk to farmers.”

Nanjira adds that resources are often channelled through innovation challenges set up by the tech giants prescribing what they want to see, what they want to acquire next, and how it should be structured: and it’s hard to resist.

“Critical thought has been beaten out of us because you are always there to receive, you are talking to the second or third generations that have been told their countries are poor – which is not the case they’re just mismanaged.”

The Kenyan campaigner also sees an opportunity, though. To sidestep the fortunes of the North where users may have missed the boat in terms of demanding privacy, security and social accountability.

“In Kenya, developers have tried building solutions the Silicon Valley way and it’s been a useful process for them to learn or unlearn. Now they’re building using solid community foundations, understanding the country context, the barriers ahead – so there’s hope.”

“If [US-based platforms] are the ones getting us online, what is the trade-off for that? Even though that’s good for the user that has consequences because any cooler, entrepreneurial chat programme that comes out tomorrow will never be able to compete with WhatsApp and not charge for data.”

Incentives need to change, according to Mishi, and that can’t happen just by creating alternative tools but mimicking the same ideology.

“It’s only been ten years, we haven’t explored every possible business model but that’s what the big platform companies want us to believe.”

Corporates versus governments: the lesser evil?

If these giant American corporations are colonising the Global South, can we count on governments to resist them? Perhaps they will step in, as was the case in India against Facebook’s Free Basics app, which allows free but limited internet access through partnering with mobile networks. The country banned it on the grounds of upholding net neutrality, which is one of the guiding principles of the internet – that access providers shouldn’t privilege certain data.

But can these claims regarding imperialism from Northern companies work against those seeking more internet freedom in the face of repressive governments? Pakistani digital rights activist Nighat Dad, how she was accused of being an ‘agent of social media companies’ by a politician as a way of undermining a campaign that she was running against government legislation that was impinging on Pakistanis’ online rights.

Solutions developed outside for people living in repressive circumstances can lead to unforeseen consequences because often there’s very little research done on the ground.

“[Software companies] should ask us about our context. It’s the least they can do,” requests Nighat.

“We get feedback from people using, say a VPN or Signal in Balochistan, and then they’ll get a phone call from a security agency saying ‘hey we can’t see your internet traffic what are you using?’”

Anasuya Sengupta, who alongside Siko Bouterse runs Whose Knowledge?, a campaign to digitise knowledge from marginalised communities, worries about the lack of accountability we’re left with if we privilege tech companies over the state.

“Many of these conversations, because they’re coming out of the US, have a sense of ‘oh we hate the state’, the corporates will regulate. At least with states if you’re democratic you can turn around and every four or five years you can say ‘we don’t like you’ – we actually have much less relational power to the corporates than to the state.”

What about when state alternatives are just as concerning? Like India’s ‘Aadhar’, an identification code system that was rolled out to the majority of the country’s population through making it necessary for access to government provisions such as welfare. What’s more, according to Indian rights advocate Amba Kak, people weren’t clear what they were opting into, and now Aadhar has become the world’s largest biometric database with the fingerprints and iris scans of more than a billion people.

Then there’s the issue of when governments come together with corporates, illustrating the power elite classes globally. Nanjira describes how sometimes by the time local solutions have been developed, the government contracts have already gone to Northern companies and so the opportunity to scale has been taken away.

Can’t live with it, can’t do without it

“We need to get more people online, but we also need digital literacy and critical thinking,” argues Mexican activist Gisela. Being wholly ‘unconnected’ is increasingly not an option. The lives of people who don’t have internet access are still impacted by its existence.

“You have to have internet access, more and more globally now to coordinate humanitarian relief efforts after a natural disasters” explains Gisela discussing her experiences of working on these issues after the 2017 Central Mexico earthquake.

“The hipster neighbourhoods where everyone has a smartphone were getting the most help and the rural communities where they lack internet access were a huge challenge.”

And yet, for those who were online, the circulation of false information was hampering their safety and security.

What kind of internet are we bringing women and people from the Global South onto? One of harassment? One that prizes English above all other languages? A space that excludes their stories?

It comes as no surprise that patriarchy and misogyny made it online. Research from across the world shows that online harassment of women is a huge problem – from 76% of women under age 30 in Australia having experienced it (Norton, 2017), to 40% of women in Pakistan (Digital Rights Foundation, 2017) and 70% of American women reporting that they feel online harassment is a major problem (Pew, 2017).

This becomes an even more significant issue for activists such as Mishi and Nighat, who describe their elevated profiles on platforms such as Twitter being targeted with constant threats and violent abuse. Real world violence too, is a spectre in everyday life for them as Nighat remembers the shooting of her friend and human rights activist Sabeen Mehmud, in 2015.

The classic liberal idea of free speech leaves us inclined to see online harassment as intractable, lest we fall into the trap of censorship. Abuse is just the price that has to be paid for freedom, right? Wrong. As lawyer and journalist, Sarah Jeong describes in her ‘Theory of Garbage’, there are design changes possible that could make the internet feel safer for women – and women are creating and demanding them.

Wikipedia is the world’s encyclopaedia, or rather it’s an encyclopaedia about the world written by 91% men, and mostly in the Global North. The structural exclusion of women’s and Southern viewpoints impacts the quality of knowledge that is present and entrenches the gap between stories that are included and those that are absent. If Google doesn’t bring me any results about something, it doesn’t exist, right? In the six years since Anasuya and Siko began working with Wikipedia to correct the skewed representations of marginalised communities online, the pair have noticed increasing acknowledgement that this disparity is a problem. Groups are working to seize control of their narratives on Wikipedia: examples such as AfroCrowd to work on representation of black cultures and histories, and Wikimujeres increasing the representation of Latin American women.

Shouldn’t we just give up on tools like Wikipedia and create new alternatives?

“Being hopeless and giving up can be a marker of privilege,” says Siko, “we need to intervene in Wikipedia and also build alternatives.”

Will the South save the North?

The idea of digital colonialism helps to make visible the way in which power inequalities persist into a space that promised more.

Perhaps those of us who are connected and addicted are less likely to create alternatives or demand the changes that we need; like asking to pay the true cost of services rather than accepting them for free, or lobbying for government regulation, or demanding platforms act on the harassment of women online.

Marginalised groups, women, and Southern activists are leading the critical conversations that we can learn from. There’s no room for the idea that the next billion will come online without demanding and creating an internet that works for them.