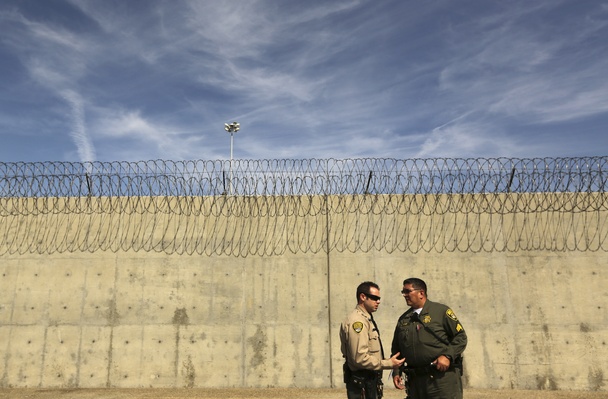 Why America Has A Mass Incarceration Problem

As those numbers suggest, Germany and the Netherlands do things a bit differently. A recent report [PDF] from the Vera Institute of Justice explains that the differences are both philosophical and practical. “Resocialization” and rehabilitation are central to the Dutch and German models, whereas the American model focuses on retribution and isolation from society. In Germany and the Netherlands, this means prison conditions are more humane, fines are preferred over incarceration, solitary confinement is rarely used, and sentences are far shorter than in the U.S. Both European countries even have laws governing solitary confinement: it “cannot exceed in any given year four weeks in Germany and two weeks in the Netherlands per individual offender.”

The difference is especially stark if you look at how much more severely the U.S. punishes people:

While Germany and the Netherlands prefer to hand out fines in place of time behind bars, America basically has a dog-pile system. We give offenders time behind bars and probation andcourt costs and restitution/fines, while drastically reducing their opportunities for legal employment.
When Germany does put people in prison, as it does with six percent of offenders, it doesn’t keep them there very long. Ninety-two percent of sentences are under two years, and 75 percent of those sentences are suspended. Meanwhile, the average length of a prison stay in the U.S. is three years.

Because both Germany and the Netherlands end up incarcerating only a small percentage of offenders, they’re actually able to enroll prisoners in rehabilitation programs, which increases their changes of not returning to crime. “Conditions of confinement,” says Vera, “are less punitive and more goal-oriented.” They also generally don’t include people with mental illness, while American prisons are chock full of people who need help more than punishment. As a result, prison culture in the two countries is quite different:

[L]ife in prison aims to inculcate fundamental skills that offenders will need in the community. For example, prisoners are allowed individual expression and a fair amount of control over their daily lives, including the opportunity to wear their own clothes and prepare their own meals; and, in order to instill selfworth, both work and education are required and remunerated. In addition, respect for prisoners’ privacy is practiced as a matter of human dignity. One American participant viewed this practice as a matter of common sense, commenting while visiting a German prison, “If you treat inmates like humans, they will act like humans.”

That American participant was one of more than a dozen U.S. criminal justice stakeholders, ranging from judges to correctional officers, who traveled to the Netherlands and Germany to see how their criminal justice systems compare with ours. Their reactions were uniformly positive. “Participants spoke about how struck they were by the degree to which the conditions of confinement are informed by the emphasis on resocialization and reentry,” Vera’s report says.
The U.S. has a lot of catching up to do.