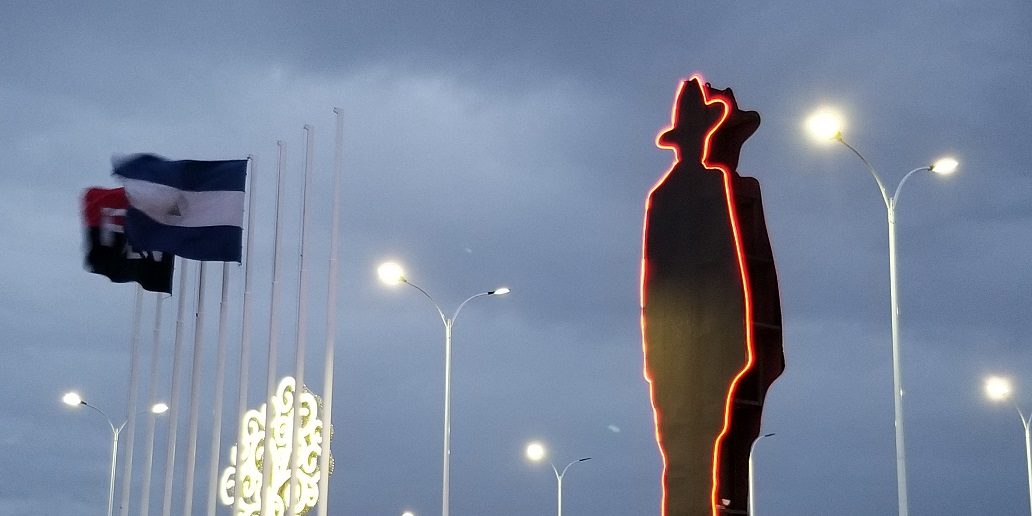 Why Black Revolutionaries Must Stand With The People Of Nicaragua

While the US government haggles over the cost of providing basic human rights to its citizens, it is also targeting countries like Nicaragua that struggle to guarantee these rights to all of its citizens, especially Indigenous and Black populations.

On November 7, the people of Nicaragua will go to the polls to reaffirm the commitment to their revolutionary democratic project, a project that began in 1979 when the Sandinista National Liberation Front (FSLN) defeated a vicious, neocolonial, gangster regime of Anastasio Somoza that was put in power by the United States. Under the leadership of the FSLN, the people of Nicaragua were able to finally control their own history and destiny. However, U.S. imperialism was not going to respect the wishes of the people. Under the neofascist president Ronald Reagan, the U.S. launched a brutal war of aggression, part of the Reagan administration’s counterrevolutionary strategy to reverse gains of revolutionary movements. This strategy not only targeted the people of Nicaragua, but also the New Jewel Movement in Grenada, the Iranian revolution –both of which also took place in 1979– and the victory of ZANU-PF in Zimbabwe in 1980.

It is important to point out that organizations that were a part of the radical, anti-imperialist Black Liberation Movement provided critical logistical, political, and moral support to all of these efforts throughout the seventies. For Black revolutionaries, committed to People(s)-Centered Human Rights (PCHRs), that center decolonial self-determination, social justice and socialism, support for these struggles was not an issue of “solidarity” but of a common struggle against a common enemy.

Nicaragua has a special place for the U.S. Black community for a number of reasons. The central one is that when the Reagan administration was restricted from using government resources to fund the counterrevolutionary war it initiated against Nicaragua, that administration organized a drug smuggling scheme that flooded our communities with cheap rock cocaine from Colombia. This was the period that introduced crack cocaine into Black communities.

Journalist Gary Webb , author of the groundbreaking book Dark Alliances, exposed how the CIA helped finance its covert war against Nicaragua’s Sandinista government through sales of the powerfully concentrated cut-rate crack cocaine to South Central L.A. drug dealer, Ricky Ross. In orchestrating the “Contra” war against Nicaragua, the U.S. also facilitated the explosion of crack cocaine into Black communities across the U.S., rendering  those communities vulnerable to its domestic war on drugs and mass incarceration.

To hijack Nicaragua’s 1990 election, the U.S. made it clear to the Nicaraguan people that the U.S. would continue funding and supporting the bloody war against them if they reelected the Sandinistas. The racist U.S. backed government of Violeta Chamorro was elected under duress and, from 1990 to 2006, the country endured what Nicaraguans refer to as the “period of neoliberalism.”

However, the FSLN returned in 2006 through the ballot box. Its remarkable advances — serving the most marginalized communities — is what now enrages the US oligarchy, compelling it to intensify its efforts to destabilize and re-colonize the country. In 2018 the U.S. employed its tried and true method of co-opting delinquent elements to stir up a violent campaign of terror that was dubbed by the US and its media as a popular uprising against a tyrannical government. The level of fatalities, human injury, and destruction was atrocious.

While the US government haggles over the cost of providing basic human rights to its citizens, it is also targeting countries like Nicaragua that struggle in earnest to guarantee these rights to all of its citizens, especially Indigenous and Black populations.

In addition to establishing and improving programs for universal education and healthcare that includes the construction of several new hospitals across the country at a rapid pace, under the leadership of the Sandinistas, Nicaragua has managed to achieve over 80% food sovereignty.

Within four years of returning to power, the Sandinista administration granted Nicaragua’s Indigenous and Afro-descendant peoples title to 15 territories covering more than two million hectares (over 37,000km2 of land in favor of the Miskito, Mayagna, Rama, Ulwa, Creole and Garífuna Peoples, a territory larger than El Salvador and Belize combined.)

The Autonomy Statute (Law No. 28) recognizes the distinct historical experience of the Caribbean Coast peoples, their control of land and institutions, and the logic of communal life in the Northern and Southern regions of the Caribbean Coast. By law, the people exercise the right to govern their territory according to their own customs and rules as long as they are not incompatible with the sovereign rights of the Republic of Nicaragua as a whole. And the national state is bound to protect the Autonomous Regions from external threats.

The country enjoys a parliament that is majority women. And Law 648, the Law of Equal Rights and Opportunities, aims to promote gender equality to ensure the full development and advancement of Nicaraguan women in all spheres of life.

It is an obscene contradiction for the U.S. to spend vital taxpayer funds, not to provide for its own citizens, but to subvert a country that offers more human rights protections to its people than the U.S.

Internalizing lessons from their hard won sacrifices, the Nicaraguan people are determined to continue their revolutionary project. Since 72% of the people supported the Sandinista leadership in 2016, their experiences have only fortified their resolve to continue on and are predicted to bear out in this current election.

The Black Alliance for Peace (BAP) is committed to building an Americas-wide movement that links Haiti, Cuba, Venezuela, Colombia, and Brazil in an anti-imperialist front. BAP is sending a delegation to Nicaragua as an “election accompaniment” to deepen our relationships, in particular with the Africans on the Caribbean coast.

The “democratic” fascism of the U.S. oligarchy is both flagrant and insidious, knowing no geographic boundaries. We need to support self-determination in Nicaragua and to embrace and cooperate with our people in the region. We need to work to destroy U.S. imperialism.