The decision by the Committee to Protect Journalists (CPJ) not to include Julian Assange in their annual list of jailed journalists undermines their credibility and could hurt Assange. As is explained in the article below most people involved in reporting the news recognize Julian Assange, the former editor-in-chief and publisher of Wikileaks is a journalist. Indeed, he has broken some of the most important stories of the 21st Century relating to war crimes by the US government, the control of the US State Department by corporate interests as well as the actions of many governments around the world.

Not only is Assange a journalist, he is the most important journalist of the 21st Century. Not only has he published important news stories, he democratized journalism by giving power to people who work in government or corporations the ability to get their stories told anonymously. Perhaps, it is because the democratization of journalism weakens the corporate media, the CPJ does not want to recognize the important journalism of Julian Assange as it undermines their constituency who are traditional journalist.

Popular Resistance urges you to contact the CPJ to complain about this decision and urge them to correct it. The prosecution of Julian Assange is the most important prosecution of a journalist this century. It will define Freedom of the Press and our right to know for the 21st Century. You can call them at (212) 465-1004, write them at info@cpj.org or use this form to contact them. They need to hear from you so take action today. Contact information for their staff is here, and their board is here. KZ

A prominent press freedom organization in the United States declined to include WikiLeaks founder Julian Assange in its annual list of journalists jailed throughout the world.

The Committee to Protect Journalists (CPJ), based in New York City, anticipated a backlash to the exclusion, and CPJ deputy executive director Robert Mahoney wrote a post intended to head off criticism. But the post raises several questions and invites further scrutiny.

Can a laudable press freedom organization claim Assange is not a journalist without aiding the political case brought by prosecutors in President Donald Trump’s Justice Department?

CPJ’s Board of Directors is composed of many journalists in the U.S. media establishment, an establishment which clings to the notion that Assange is not a journalist in order to maintain a supposed distinction between his work and their work. The decision to exclude Assange from the list is likely driven by their aversion to solidarity.

I contacted CPJ for comment. A press person said they were unable to make someone available to respond to questions due to resources being stretched thin for the launch of their annual report on jailed journalists. The person confirmed the post by Mahoney was published to address questions the organization expected.

Their press person also directed me to a page that very briefly describes the methodology that CPJ uses when deciding who is and is not a journalist.

In Mahoney’s post, he declares, “The question with which CPJ has had to grapple is whether his actions make him a journalist. Each year, we compile a list of journalists imprisoned around the world, based on a set of criteria that have evolved as technology has upended publishing and the news business.”

“After extensive research and consideration, CPJ chose not to list Assange as a journalist, in part because his role has just as often been as a source and because WikiLeaks does not generally perform as a news outlet with an editorial process,” Mahoney adds.

Assange has never acted as a source. He acted as a conduit and publisher of documents obtained from sources. However, in 2011, New York Times executive editor Bill Keller (who is quoted in Mahoney’s post) referred to Assange as a “source” to avoid treating him as someone who was of the same stature as professionally trained journalists at the Times.

It is unclear how CPJ defines “editorial process,” but the term is highly subjective. As editor-in-chief of WikiLeaks, Assange and other staffers vetted the documents they obtained to authenticate and verify whether they were forgeries or not. They determined whether the documents were newsworthy or not.

In several cases, media organizations were given access to material in order to help the organization provide context to documents when they were published on the WikiLeaks website.

The video WikiLeaks published of a 2007 Apache helicopter attack in Baghdad that killed two Reuters journalists contained footage that was edited and contextualized. It went through an editorial process.

More importantly, according to CPJ’s own methodology, Assange is a journalist.

“CPJ defines journalists as people who cover news or comment on public affairs through any media — including in print, in photographs, on radio, on television, and online.”

Prior to Assange’s arrest and detention at Her Majesty’s Prison Belmarsh, he appeared several times on CNN to not only comment on WikiLeaks publications but to also comment on NSA whistleblower Edward Snowden, NSA reforms, and internet freedom.

Al Jazeera English’s “Listening Post” program spoke to Assange about the leaked Panama Papers in 2016, which WikiLeaks was not involved in publishing. In 2014, he appeared on a CBC radio show to discuss his book, When Google Met WikiLeaks. ABC News talked with him about Snowden in 2013.

Assange has been a frequent guest on the independent news program, “Democracy Now!”. He was invited to comment on the Catalonia independence movement in Spain, Google, and institutional corruption at U.S. security agencies.

This is commentary on “public affairs,” which CPJ indicates is part of their criteria for whether someone is a journalist.

Assange has an International Federation of Journalists (IFJ) press card. Since 2010, he also has been a member of the Media Entertainment and Arts Alliance (MEAA), a trade union in Australia.

Former New York Times general counsel James Goodale represented the Times when they published the Pentagon Papers. He wrote in his 2013 book, Fighting For the Press, “It should be clear Assange is carrying out the digital equivalent of editing and gathering news in the digital age.”

“Assange sought out secret information by setting up a private website for the anonymous transmission of information to him,” Goodale added. “Journalists asking sources to reveal secrets is the essence of journalism. The only thing that has changed is that online chats and a digital submission system have replaced meeting over a cup of coffee and a P.O. Box.”

Harvard Professor Yochai Benkler testified as an expert on WikiLeaks and its role in the networked Fourth Estate at Pfc. Chelsea Manning’s trial. In a paper, He described WikiLeaks as an “organization that fulfilled a discrete role in network journalism, of providing a network solution to leak-based investigative journalism that in the past was done only by relatively large and unified organizations and now could be done in a network mode.” The media organization gathered “information relevant to public concern” and disseminated it to the public.

The New York Times, The Guardian, and Der Spiegel spent “time working both on the relevancy and the dissemination, while WikiLeaks did essentially the gathering, the authentication and the initial selection for dissemination” to organizations doing “further analyses.”

In fact, a 2008 Army Counterintelligence Center (ACIC) report on the possible “threat” posed to the U.S. Army by WikiLeaks (which Manning was convicted of disclosing to WikiLeaks), suggested the media organization engaged in journalism by attempting to “verify the information” in a secret National Ground Intelligence Center document on warfare in Fallujah, Iraq. This showed “journalist responsibility to the newsworthiness or fair use of the classified document if they are investigated or challenged in court.”

Assange was awarded the Martha Gellhorn Prize for Journalism in 2011. 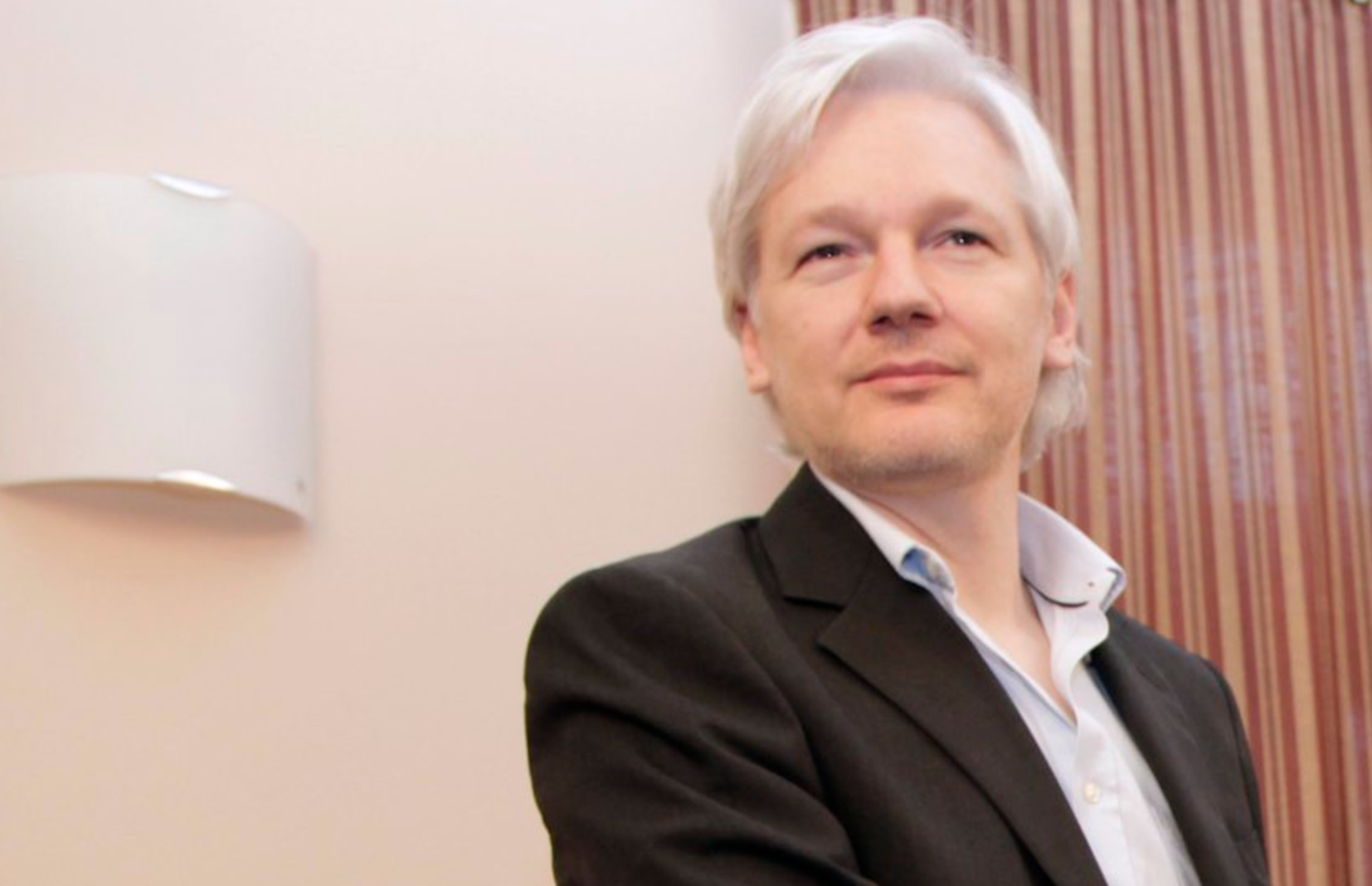 Mahoney suggested, “More generally, WikiLeaks’ practice of dumping huge loads of data on the public without examining the motivations of the leakers can leave it open to manipulation, as CPJ executive director Joel Simon has written.”

Yet, Simon was only referring to the publication of emails from Hillary Clinton’s presidential campaign and the Democratic National Committee in 2016. WikiLeaks has a policy of forming partnerships with journalists, media organizations, or nonprofit institutions in order to bolster the impact of their publications. They do not always “dump” the material online for consumption.

Goodale noted in his book that Assange “held back (i.e. edited out) some of the information he shared with his fellow publishers.” Not all of the 250,000-plus diplomatic cables that Manning disclosed were published at once. “Later, when a series of mistakes by the Guardian and WikiLeaks allowed the unredacted cables to escape online, Assange was forced to release all his cables.”

As Benkler testified during Manning’s trial, “I would define journalism as the gathering of news and information.” instead of inordinately focusing on the purpose behind “dissemination to the public.”

CPJ has consistently condemned indictments and even rumored indictments against Assange as threats to press freedom. Yet, it is possible that Trump prosecutors may relish the press freedom organization’s decision to exclude Assange. It provides a salient example for the U.S. government’s argument that Assange is not a journalist but a criminal.

If a press freedom organization unanimously supported by U.S. media does not consider Assange a journalist, then perhaps prosecutors will tell a jury this shows there is some “truth” to what Mike Pompeo said when he was CIA director: WikiLeaks is a “non-state hostile intelligence service.”

Hundreds of journalists are imprisoned around the world. Each one of their cases deserve attention, but because CPJ excluded Assange, the organization provoked outrage and distracted from the injustice these other journalists endure.

It was a prime example of the pettiness among professional journalists, which plays right into the hands of a Trump administration that has total contempt for press freedom.

CPJ’s decision to exclude Assange undermines their credibility as advocates on this important case, and they should reconsider their decision.