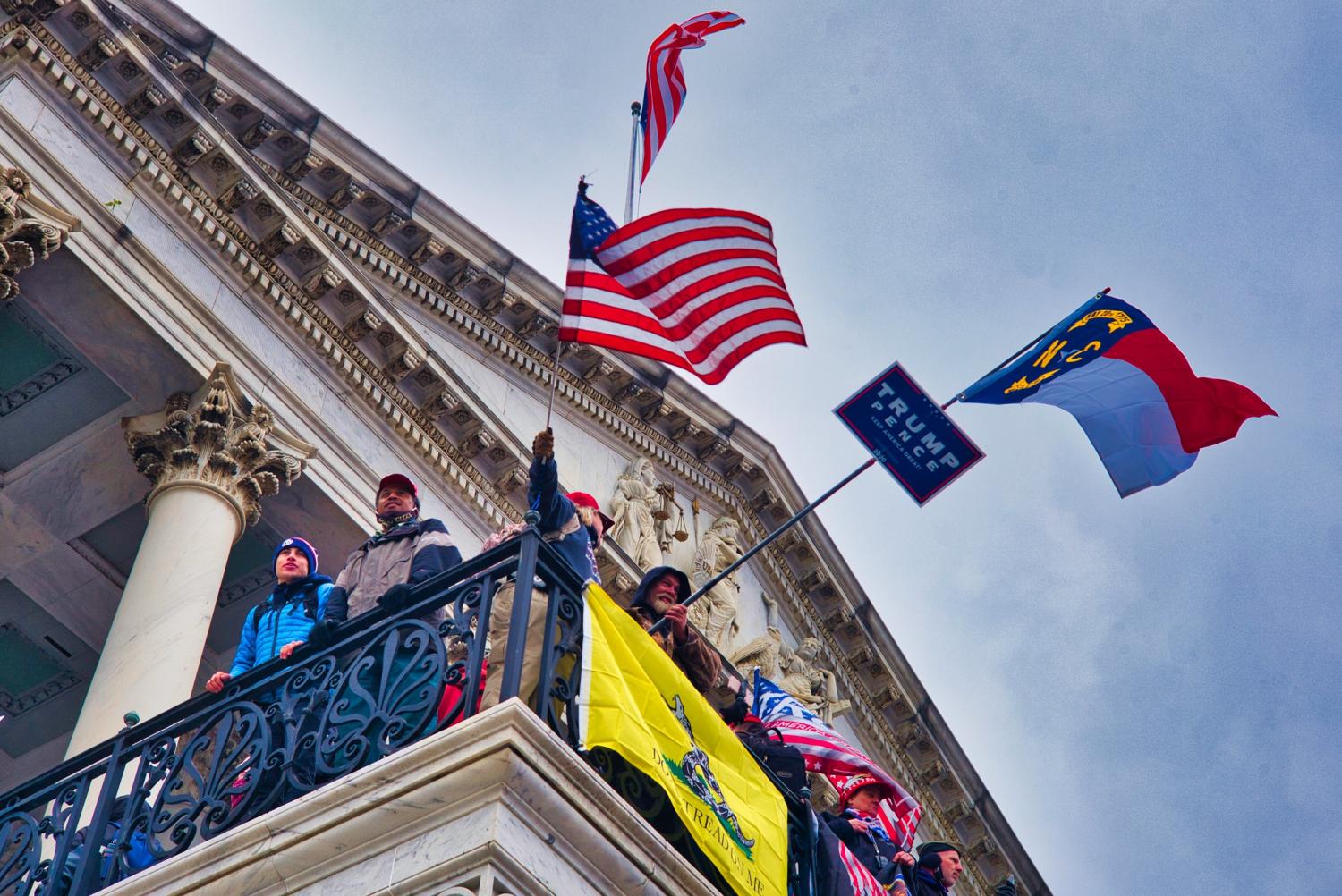 Above Photo: The number of hate groups in the United States fell for a third year in a row last year, according to a new report. But far right views have migrated into the mainstream political sphere since the Jan. 6, 2021 insurrection. Brett Davis / Flickr.

Though 2021 started with a deadly siege on the United States Capitol by hundreds of far-right rioters trying to overturn the presidential election results, the number of hate and anti-government groups in the U.S. declined last year for the third year in a row, according to a report released this week by the Southern Poverty Law Center in Montgomery, Alabama.

But SPLC says that doesn’t necessarily mean there’s less hate out there.

“Rather than demonstrating a decline in the power of the far right, the dropping numbers of organized hate and anti-government groups suggest that the extremist ideas that mobilize them now operate more openly in the political mainstream,” wrote Cassie Miller and Rachel Carroll Rivas, the report’s authors.

The number of specifically white nationalist groups is also on the decline from a 2019 peak. Of the 98 such groups SPLC identified in its latest report, 31 are based in the South. And of the 61 antisemitic groups it identified, 29 are in the South — many of them state and local chapters of the Nation of Islam.

SPLC also counted 65 specifically anti-LGBTQ groups nationwide, with 21 of those in Southern states. Florida and Texas are the Southern states with the most such groups, at five each. (California is the state with the most, at nine.) Republican leaders in both Florida and Texas are currently advancing those groups’ goals by promoting policies that equate gender-affirming care for trans children to child abuse and that restrict educators  from teaching about sexual orientation and gender identity — among the ways hate has entered the political mainstream.

For another example of how hate has been mainstreamed, the report cites Fox News host Tucker Carlson’s embrace of “the great replacement theory” — a white nationalist conspiracy theory that claims elites want to replace white people with non-white immigrants — on his enormously popular show. The idea has animated the perpetrators of some of the most violent racist attacks in recent memory, including the 2019 massacre by a far right gunman of 23 people in a Walmart store in El Paso, Texas. Then there’s the embrace by the Republican Party of the Jan. 6 anti-government insurrectionists, whose violent actions led to the deaths of at least seven people, including police officers.

The report’s authors offer policy recommendations to root out hate and political violence. They include passing the Domestic Terrorism Prevention Act, which would create more offices in three major law enforcement agencies to investigative domestic hate groups, root out white supremacy in the military, and fund education and prevention initiatives that promote anti-racism.

“The country needs to address the threat of extremism as a social problem, which requires investment in social programs and public health-inspired prevention measures,” the report concluded. “With good public policy, significant investment from government and business, and on-the-ground community organizing, the tide can be turned.”