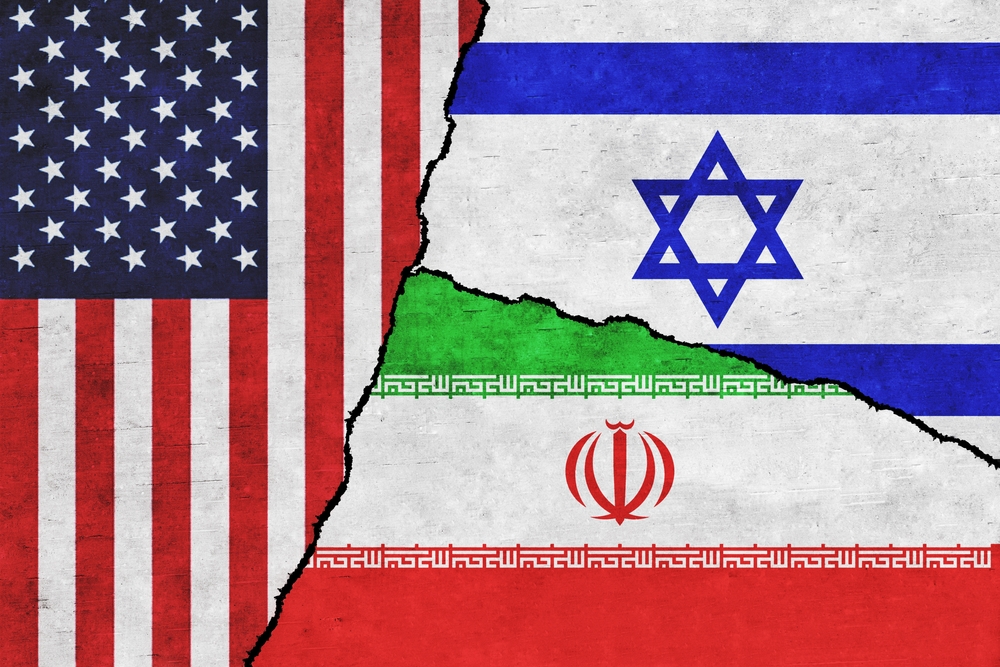 Why Is Biden Joining The Warpath Against Iran?

The president signed an agreement saying it would use all elements of US power, including force, to stop Tehran from getting a bomb.

Two days later, at the end of his speech, Biden seemed to call for a coup in Russia, adding the line, “For God’s sake, this man cannot remain in power.”

The White House fixers had to walk back Biden’s threats. Biden has the dangerous habit for a president of going off script and saying things that don’t seem to reflect the U.S. policy he is supposed to be articulating.

On July 13, he seemed to do it again. Asked by an interviewer if the U.S. would use force to stop Iran from getting a nuclear weapon, Biden answered, “if that was the last resort, yes.”

But he hadn’t done it again. This time, the White House didn’t walk it back. They signed it. On July 14, the White House announced the signing of the “Joint Declaration on the US-Israel Strategic Partnership.” That declaration states not only the familiar U.S. commitment “never to allow Iran to acquire a nuclear weapon,” but, as Biden had said, “that it is prepared to use all elements of its national power to ensure that outcome.”

But why, in Biden’s words, would the U.S. “use force” against Iran? Why, in the words of the Joint Declaration, would it use “all elements of its national power?” There are several problems with the joint declaration’s commitment.

Not the least of which is the question of whether it is legal under international law. Would international law permit a pre-emptive war against a country that has not attacked or threatened to attack the US in order to prevent it from acquiring a nuclear weapon? Richard Falk, professor emeritus of international law at Princeton University, told me that “a pre-emptive war against Iran because it seemed to be crossing or had crossed the nuclear threshold would be contrary to the substantive provisions of the UN Charter and international law.” He added, however, that the situation, like all situations, “is somewhat ambiguous because the P-5 members of the Security Council have a right of exception with respect to any and all non-procedural decisions by virtue of the veto.”

The second problem is that, despite popular conventional belief, it is not altogether clear that  Iran is even pursuing a nuclear weapon.

According to Iran’s interpretation of Islamic law, nuclear weapons are haraam, forbidden by God. Ayatollah Ruhollah Khomeini, the founder of the Islamic Republic of Iran, first and consistently laid down this ruling; his successor, Ayatollah Ali Khamenei, has reiterated it. Khamenei has insisted that “from an ideological and fiqhi [Islamic jurisprudence] perspective, we consider developing nuclear weapons as unlawful. We consider using such weapons as a big sin.” In 2003, Ayatollah Khamenei issued a fatwa that declared nuclear weapons to be forbidden by Islam. The late Grand Ayatollah Yusef Saanei, one of the highest-ranking clerics in Iran, said in 2003, “There is complete consensus on this issue. It is self- evident in Islam that it is prohibited to have nuclear bombs. It is eternal law, because the basic function of these weapons is to kill innocent people. This cannot be reversed.”

Though there has been disagreement over the scope of this law and how binding these declarations are in practice, it is consistent with Iran’s refusal to respond to Iraq’s chemical weapons attacks with chemical weapons of its own during the Iran-Iraq war because of the same ruling, as described by Flynt Leverett and Hillary Mann Leverett in Going to Tehran: Why the United States Must Come to Terms with the Islamic Republic of Iran.

But you don’t have to take Iran’s word for it. The 2007 and 2011 U.S. National Intelligence Estimates both concluded with “high confidence” that Iran was not building a bomb. In 2012, Defense Secretary Leon Panetta continued to say that Iran is not trying to develop a nuclear weapon. Former director of the International Atomic Energy Agency (IAEA) Mohamed ElBaradei told investigative journalist Seymour Hersh that “[d]uring my time at the agency, we haven’t seen a shred of evidence that Iran has been weaponizing”.

Though the 2007 National Intelligence Estimate added the line that Iran abandoned its nuclear weapons program in 2003, in 2014’s  Manufactured Crisis: The Untold Story of the Iran Nuclear Scare, journalist Gareth Porter sifts through the claims for the existence of a weapons program prior to 2003 and argues that in each case, the International Atomic Energy Agency (IAEA) “concluded that Iran’s statements…were ‘consistent with the agency’s findings.’” Porter reports that “the IAEA had to acknowledge in the end that it had found no evidence of Iranian weapons-related activity in any of the cases it investigated.” This led Porter to conclude that Iran was not working on a nuclear weapons program before 2003.

Meanwhile, Trita Parsi, author of Losing an Enemy: Obama, Iran, and the Triumph of Diplomacy, and Executive Vice President of the Quincy Institute, told me that “there were elements in the Iranian program pre-2003 that [were] not compatible with a peaceful program, but to call that a weapons program is not accurate since Iran didn’t even have a stockpile of LEU [low enriched uranium] at the time.”

Of course, the book on Iran’s nuclear program has not yet been closed. In 2015, the IAEA indeed concluded that Iran had a nuclear weapons program prior to 2003, but it did not divert nuclear material from its civilian nuclear program as part of those weaponization efforts. It it is currently investigating the pre-2003 program again over Iran’s failure to declare materials and activities as required by its safeguards agreement.

Even if Iran was weaponizing, the most direct route to blocking the program would be the JCPOA Iran nuclear agreement, which Biden said was “a gigantic mistake” for Trump to break in his recent July 13 interview.

But, though Biden likes to score easy points by criticizing Trump, his policy is but an echo of his predecessor’s today. The Biden administration initially refused to commit to a promise that it would honor a renegotiated agreement and not withdraw from the pact again. And only did it finally make that commitment — for just the duration of his own term — only after the refusal caused a stir in Washington, according to Parsi.

The Biden administration has refused to de-list Iran’s Islamic Revolutionary Guard Corps (IRGC) from the US list of foreign terrorist organizations, a major roadblock to a new agreement. In his July 13 interview, Biden went so far as to say that he is committed to keeping the IRGC on the Foreign Terrorist Organization List even if that killed the chance of a new deal.

Putting the two promises of the Biden interview together leads to the seemingly absurd conclusion that Biden would go to war with Iran rather than delist the IRGC. But it’s even more perverse because it deliberately ignores that on June 19, Iran reportedly dropped the demand to de-list the IRGC, which has been confirmed by sources since.

A further problem with the Biden administration’s willingness to go to war with Iran if Iran breaks its Nuclear Non-Proliferation Treaty (NPT) commitment not to build a nuclear weapon is that the U.S. is in violation of its own NPT commitments, which are to  “pursue negotiations in good faith on effective measures relating to cessation of the nuclear arms race at an early date and to nuclear disarmament, and on a treaty on general and complete disarmament under strict and effective international control.” Rather than pursuing nuclear disarmament, the U.S. has modernized and enhanced its own nuclear arsenal all along.

Finally, there remains the question of why the US would go to war with Iran if Iran were to pursue a nuclear weapon. Why Iran? Aside from the war to ostensibly stop weapons of mass destruction in Iraq, the US never went to war to prevent any other country from obtaining a nuclear weapon. The U.S. has promised to keep nuclear programs of friendly countries secret. The U.S. aided India in its nuclear weapons program. Though India is in defiance of Security Council Resolution 1172, which calls on it to eliminate the nuclear weapons it acquired outside the framework of the NPT, in 2008, the U.S. moved the Nuclear Suppliers Group to provide India a waiver and permit it to participate in the trade of civilian nuclear material and equipment.

After India acquired the bomb, China helped India’s rival, Pakistan, to acquire a bomb of its own. The U.S. turned a blind eye to Pakistan’s efforts in exchange for Pakistan’s crucial assistance in Afghanistan. Washington even sold Pakistan the F-16 jets that would become part of its nuclear strike force, as reported by Andrew Small in The China-Pakistan Axis.

Even North Korea, a declared adversary, has not been targeted for war or for “all elements of U.S. national power” for its nuclear weapons program.

All of these concerns highlight the danger and the absurdity of the Biden administration’s commitment under the newly announced Jerusalem U.S.-Israel Strategic Partnership Joint Declaration.