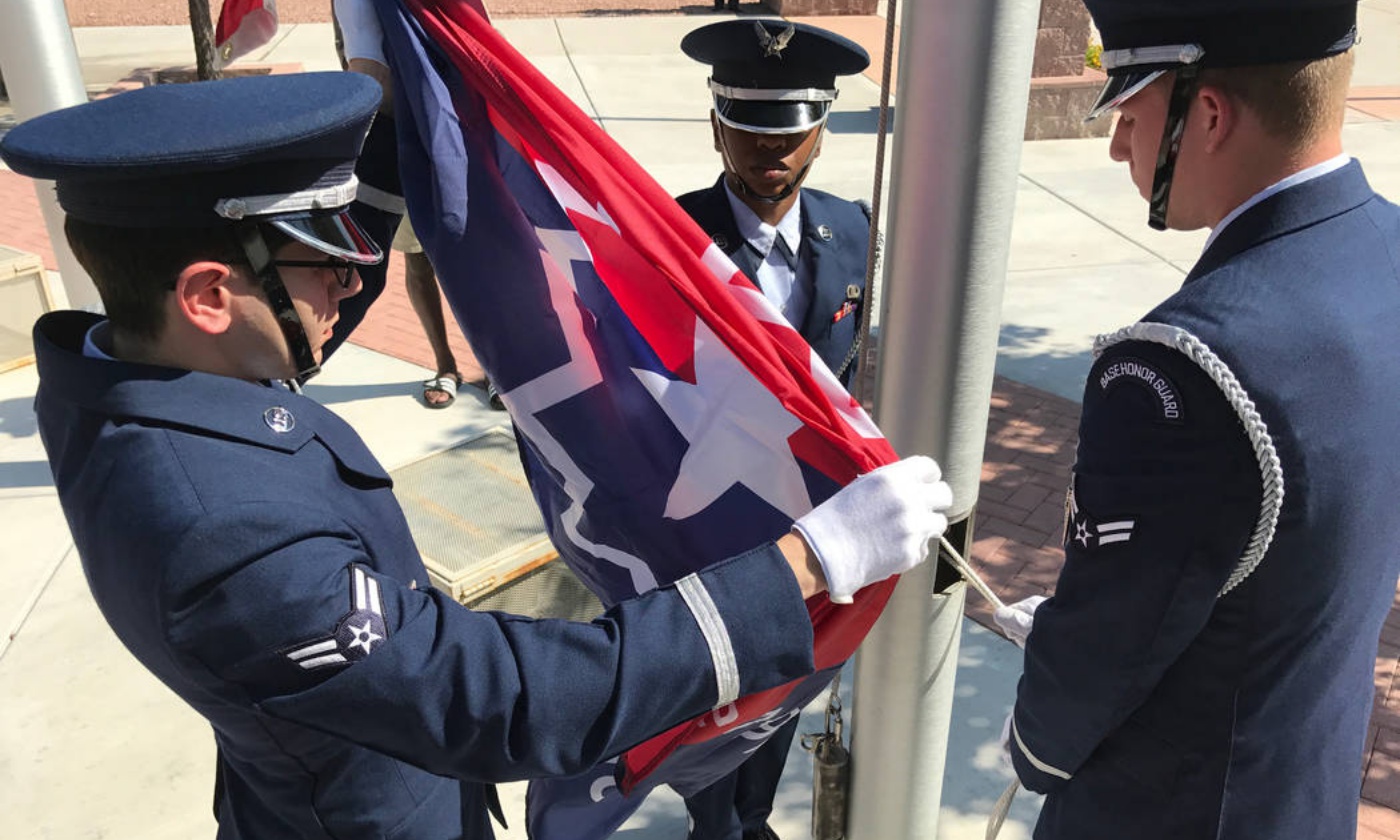 Why Juneteenth Should Be A National Holiday

The 152-year-old tradition launched by formerly enslaved people has emerged as a celebration of freedom.

On June 19, 1865, General Gordon Granger arrived in Galveston, Texas, with a Union regiment.

It was over two years after the Emancipation Proclamation, and the enslaved people there and in other areas throughout Texas had not been officially informed that President Abraham Lincoln had decreed they were no longer someone’s property. Granger and his soldiers publicly issued General Order Number 3, telling the people of Texas that “all slaves are free.”

The newly freed people of Texas chose that date to commemorate their freedom.

This 152-year-old tradition launched by a generation of formerly enslaved people has emerged in the 21st century as a celebration of freedom, and demand for national observation.

The Emancipation Proclamation, which went into effect January 1, 1863, needed the active presence of the Union Army to spread the word in designated Confederate states and was not as expeditious or effective in bringing freedom to enslaved people as commonly thought today. After the proclamation, many Confederate slave owners held on to enslaved people whom they considered valuable property for as long as possible. The proclamation, applying only to certain Confederates states, also did not force slave owners in Union border states like Maryland and Kentucky give freedom to the people they enslaved. Andrew Johnson, who was a slave owner and the military governor of Tennessee, negotiated with Lincoln to delay the liberation of enslaved people there until October 24, 1864.

Texas slavers, having waged a military revolution against Mexico in part to keep slavery, seemed determined to wring profit during the two years after the proclamation. Mexico’s first Black president, Vicente Guerrero, had abolished slavery in Mexico and all its territories, including Texas, in 1829. English settlers to the area were, however, keen on using slavery to profit from the cotton boom. After White Texans gained their independence from Mexico in 1836, they embedded slavery in the new republic’s constitution. Slavers increased the enslaved population there from an estimated 5,000 people in 1836 to, according to the 1860 census, 182,566 people. When Texas joined the United States in 1845, the state became a symbol of the potential westward expansion of slavery across the continent.

The first Juneteenth festivities in Austin, Texas, were organized in 1867 by the Freedmen’s Bureau, and the holiday became “part of the calendar of public events by 1872.” In addition to the music and food, the celebrations included recollections of family histories (both under slavery and since) as well as parades and promenades. Communities of freed people sometimes banded together to purchase land to set aside for the Juneteenth celebration. Often these sites, like the one in Houston, would be named “Emancipation Park” or something similar, in honor of the holiday.

The holiday gatherings survived the terror of the Reconstruction era. And, as the freed people of Texas and their families moved west and years later north, in what is known as the Great Scatter, they also spread the Juneteenth tradition. There was an attempt to tie Juneteenth to the end of the Poor People’s March in the 1960s, but the tradition did not have the popularity as it had decades before.

Representative Al Edwards (D-Houston) introduced the 1979 bill that eventually made Juneteenth a Texas state holiday. Today, Juneteenth is now recognized as a state holiday or state holiday observance in 45 states and the District of Columbia. As a senator Barack Obama, referring to Juneteenth as “a day when we look back on a time when everyday Americans faced the most daunting challenges and the slimmest odds and still persevered,” joined U.S. Rep. Danny K. Davis (D-Ill.) in sponsoring resolutions for a national Juneteenth observance.

Movement for a national holiday

Today, the grassroots Juneteenth movement continues to push for the reintroduction of a Senate resolution originally written and presented in 2012 by Senator Kay Bailey Hutchison (R-Texas).

Steve Williams, a Virginia-based activist, first learned about Juneteenth as an adult in Denver. Williams says he was drawn into the movement by Rev. Ronald V. Myers of the National Juneteenth Observance Foundation, and has “been knocking on doors” of potential supporters and legislators since. The holiday is important to him because, he says, it evokes the sentiments of Frederick Douglass and Fannie Lou Hamer, who maintained that “nobody is free until everybody is free.” Williams reports that the support in Congress for the bill is there. “It is only a question of education,” he says.

The foundation and its coalition has secured nearly full support from the Senate.

“You could not have a civil rights movement without Juneteenth.”

The movement also includes Opal Lee—the 90-something Texan who gained national attention when she walked around the country to raise awareness and support—Myers, and long-time activist Deborah (Dee) Evans. For Evans and Myers, recognizing Juneteenth as a national holiday is acknowledging “how deep the roots” of White supremacy extend. The journey toward freedom for African Americans didn’t start with the civil rights movement, they say.

Myers, who grew up exposed to Juneteenth celebrations in Milwaukee, says the legacy of slavery and what took place must be dealt with or “we’ll never see healing and reconciliation in this country.” Slavery was a violent, oppressive institution and “we must come to grips what it means” in context of the problems we have today, he says. He and Evans envision a national Juneteenth observance that would bring necessary attention reconciliation.

If you want to talk about Independence Day, Myers says, “you have talk about both the Fourth of July and the 19th of June.”

Neither the Declaration of Independence nor the Emancipation Proclamation was destined to be an endgame. Instead, both documents served as calls to move forward, each ultimately requiring extensive policymaking and legislation to define the freedoms that exist today. Juneteenth, however, is more than an invitation to celebrate a declaration of freedom. A national Juneteenth observance would acknowledge, and underscore the fact, that an entire people were kidnapped and sacrificed to build a nation that has become a beacon of freedom to others—even while the citizenship of their descendants remain devalued.