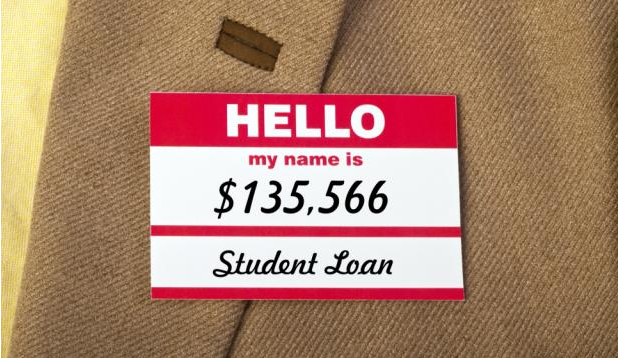 Why Student Loans Are Creating A Permanent U.S. Underclass

The case of Paul Aker – a man recently arrested in Houston on a warrant that, authorities say, was issued for his failure to appear in court regarding an almost 30-year-old, $1,500 student loan – isn’t unique. As many as 1,500 people are facing similar penalties in Houston alone, and many thousands of others elsewhere across the country.

Still, the image of seven heavily armed and armored U.S. Marshals taking a shackled man to jail for an ancient, unpaid student loan of such a trivial amount put the college debt crisis back into the spotlight – if only for a few days.

Adding to the sense of injustice and outrage, Aker will have to pay almost $1,300 for his arrest, as well as $3,800 for the loan with the interest accrued. This is hardly the first time that a person has been contacted by collectors years after he reportedly paid his debts but, in the absence of any original paperwork, finds himself forced to repay more.

It’s strange that, with a constant 24-hour news cycle, important issues like student debt are barely covered in the mainstream. Think of the fight for a fair minimum wage or, until they face another round of fines, the dangerous practices of “too big to fail” banks. Most outlets would rather focus on stories that citizens have no control over, like missing airplanes or the actions of depraved terror groups halfway across the world.

This is a shame because, in terms of student loan debt in the United States, the numbers are staggering and are potentially creating a permanent underclass. As reported by NPR, “on a percentage basis, by some measures, college tuition has increased in cost more than any other good or service in the U.S. economy since 1978. It rises at two or three times the rate of inflation every single year. And student loans have grown in tandem to a total of $1.2 trillion.”

With private lenders out of the business, government is now in charge of newer debt. But rather than alleviating the problem faced by young Americans and their parents, some of the programs on offer seem as predatory as what came before them. While in certain cases it’s possible for students to discharge their debt through bankruptcy, it’s an expensive process and there are no guarantees. In general, student debt is deemed to be “in a category with unpaid child support and criminal fines.”

Democratic presidential candidate Bernie Sanders has been heavily criticized – and in many cases scoffed – in the media for his plan to offer free tuition at state universities and community colleges through a small tax on Wall Street speculation. But less mentioned is the fact that free in-state college tuition would also reduce the amount of assistance that the government already gives students, especially through Pell Grants ($33 billion in 2013 alone).

And it isn’t just Sanders who is trying to take on the issue. One of the most unfair aspects of student debt is the fact that debtors are unable to refinance it, especially considering that real interest rates are currently pretty close to zero. Sen. Patty Murray (D-WA) is working through the Senate Health, Education, Labor and Pensions (HELP) committee to redress this issue, as well to offer two years of free community college to people who pursue that avenue of post secondary education (a plan somewhat similar to what presidential candidate Hillary Clinton is promising).

Murray’s argument, made recently at Clarke College in Vancouver, Wash., came after a high school senior told her that many of her friends had decided not to pursue higher education out of fear of debt. “Guess what happens to their earnings and their income and the economic impact to our country when we don’t have a workforce that is skilled? It’s so important for our economy,” the Senator later said.

The practices of many private, for-profit institutions like the recently shuttered Corinthian Colleges are even worse. As reported last week, “some of these schools have brought the ethics of payday lending into higher education.” Many students at for-profit schools across the country were left without their diplomas but with lots of debt, leading to widespread and ongoing protest.

Even elite private colleges like Harvard University are facing criticism over the high cost of tuition. In January, a small group of former alumni, including former presidential candidate Ralph Nader, launched a campaign with the University’s Board of Overseers arguing that “the size of Harvard’s $37.6 billion endowment would provide more than enough money to subsidize all undergraduate tuition.” Their campaign has nonetheless been dismissed by the school’s current President, Drew G. Faust.

Many commentators take a patronizing attitude when discussing issues that primarily affect young people – as the great anarchist thinker Murray Bookchin taught us, gerontocracy (the rule of the old over the young) along with patriarchy is probably as old as civilization itself. These “very serious people” thus call on young people to accept incremental change, either not knowing or not caring that this strategy dooms many to permanent penury.

Although she said a few good things in recent months on the subject of alleviating student debt, Hillary Clinton’s speech to young voters after her win in the Nevada Democratic Caucus showed why so many people have been drawn to Sanders. “It can’t be just about what we’re going to give to you,” Clinton said, reminding many of a phrase that Republican candidates often trot out as they admonish people for wanting “free stuff.”

A Roosevelt Institute study comprising 1,000 young people from 160 colleges showed that millennials are even more concerned about K-12 education than they are about their own student debt, realizing that “being able to give someone a good system at the beginning is really important, not just what they’re facing in college.” It says something about the compassion of many young people in the U.S., themselves awash in debt, that they are fighting for those who will come after them.

Meanwhile, the U.S. government offers a variety of not very well advertised options for people having trouble meeting their student debt obligations – whether issued by the government or private banks. For more information about those options, read here.