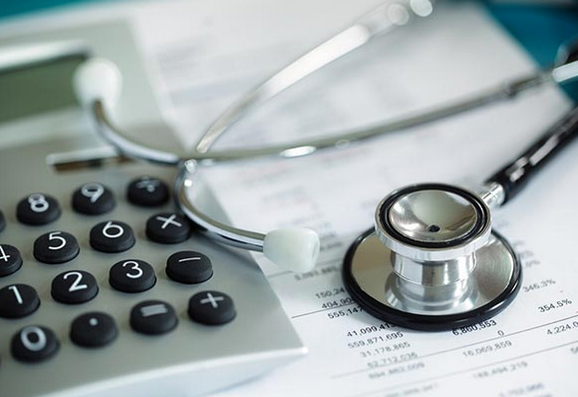 Why The Demand For ‘Medicare For All’ Won’t Go Away

And why these days of injustice must come to an end

As the chief medical officer of Chicago’s historic public hospital, I confront on a daily basis the reality of our country’s failure to provide universal access to health care: the steady flow of patients turned away from other hospitals because they are uninsured or have Medicaid, which pays too little; and the legion of insured patients who come to us too late because they couldn’t afford $50 co-payments or $3,500 deductibles.

That’s what drove me and thousands of other doctors to propose a sweeping single-payer, improved-Medicare-for-all reform in the June issue of the American Journal of Public Health. The reform we propose would cover all Americans for all needed care, eliminate premiums, co-payments and deductibles, and be paid for through taxes.

Why now? Didn’t we get to universal coverage with the Affordable Care Act? The simple answer is no.

A plan that leaves 29 million people uninsured – more people than live in Illinois, Iowa and Indiana combined – is not OK.

A plan that leaves 31 million more underinsured – with deductibles and co-payments they can’t afford – is not OK.

A plan that enriches insurers with hundreds of billions of taxpayers’ dollars – and empowers them to impose draconian restrictions on patients – is not OK.

We know single payer works. It works in Canada and many other nations, where health care costs are half the $10,500 per capita that we pay, and people live years longer than we do.

For what we’re now spending we could have Canada deluxe: a free choice of any doctor and any hospital, and no co-payments or deductibles, like they have; but without the waits for high-tech specialty care that some Canadians experience.

Single-payer reform would be painful for insurance companies and Big Pharma, but a simple tonic for patients and doctors.

Under the ACA, each year millions of patients must navigate a bureaucratic thicket of insurance exchanges that offer thousands of plans with opaque and varying coverage restrictions. Millions more – those with employer-based plans – face annual changes to their plans, usually resulting in greater patient cost sharing.

In contrast, enrollment in Medicare-for-all would be virtually automatic, and coverage complete. And patients would no longer face restrictive provider networks.

Single payer would free doctors from the paperwork burden imposed by insurers that saps our time and morale. Our Canadian colleagues spend only minutes each week dealing with billing and administrative hassles; we spend, on average, about 10 hours.

Doctors would no longer waste time getting prior approvals for care that’s obviously necessary, or find that patients can’t afford a vital medication because it’s in a drug tier that requires a monstrous co-payment.

Until this election season, during which we saw the release of deeply flawed, tendentious studies purporting to show that “Medicare for All” would be prohibitively expensive, virtually every serious analyst – the Congressional Budget Office, the Government Accountability Office, and a potpourri of private consultants – acknowledged that single-payer reform could provide universal, first-dollar coverage for about what we’re now spending, and save money in the longer term.

Eliminating the financial barriers to care would result in increased care. But the costs of that care would be fully offset by huge savings on bureaucracy and drugs.

Cutting out the insurance company middlemen would save hundreds of billions on their overhead and profits, and even more on the paperwork they impose on doctors and hospitals. And, as in Canada and Europe, a single public payer could use its buying clout to negotiate large discounts from drug makers.

The simple fact is we can afford universal, comprehensive coverage if we do it right.

I recognize that single payer faces stiff political headwinds, but political climates change. It helps that surveys show the majority of the public and physicians clearly feel its time has come.

My father, a labor union organizer and photographer, took the picture of Emmett Till’s body the night his mother requested the casket be opened so the public could see what they had done to her baby. That photo became an icon of the civil rights movement, part of the upsurge that began to change America.

Eight years from the day Emmett Till was lynched, my father stood behind Dr. King’s shoulder and photographed the massive crowd that stood before him on National Mall as he gave his “I Have a Dream” speech.

Within months, Congress passed the Civil Rights Act – soon to be followed by the Voting Rights Act, as well as Medicare and Medicaid.

Soon thereafter, Dr. King said: “Of all the forms of inequality, injustice in health is the most shocking and inhuman.”

I continue to witness that injustice every day. A single-payer reform would end it.