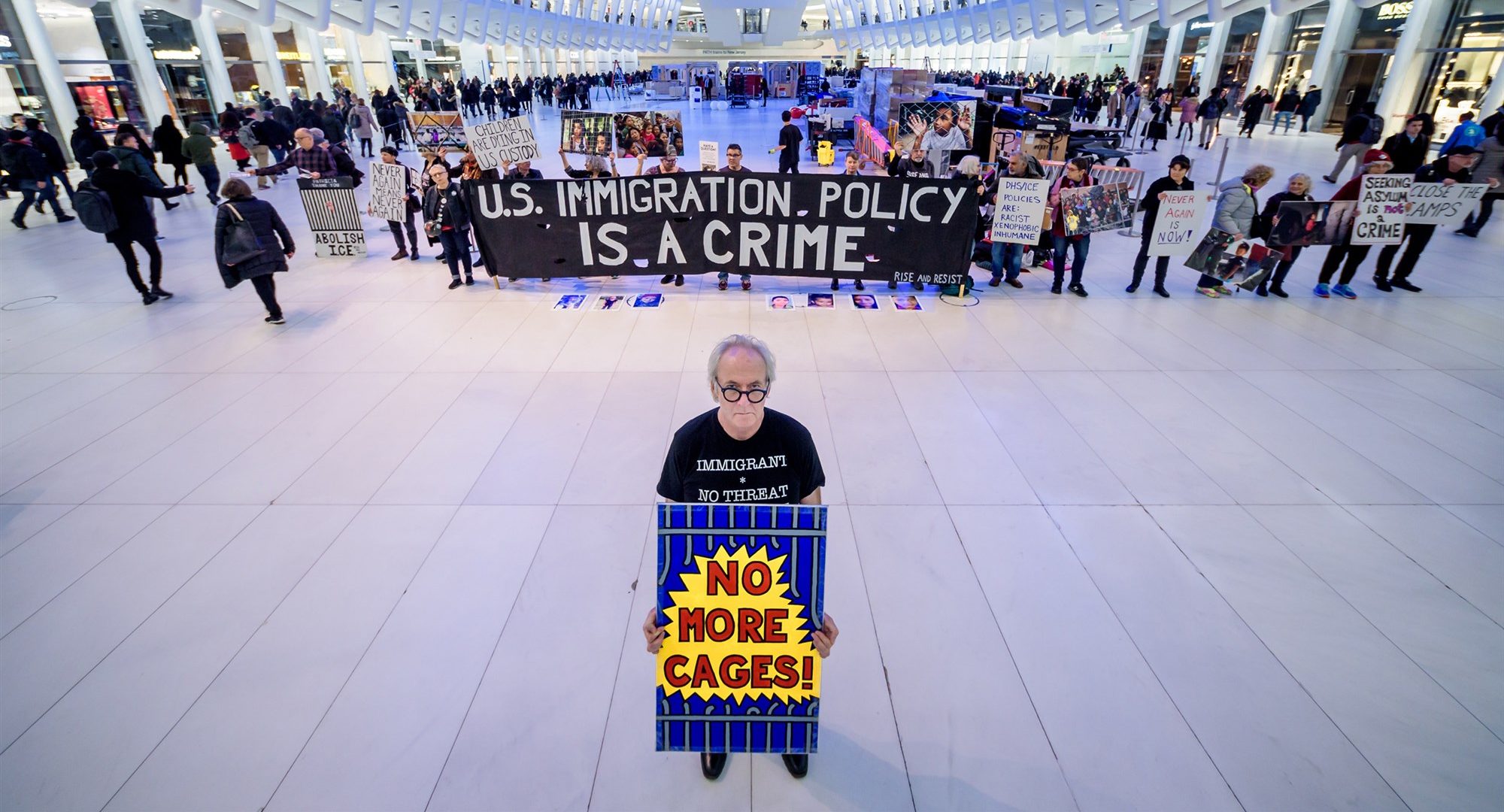 Why The US Still Needs To Abolish ICE

Above photo: A silent protest in New York’s World Trade Center on Jan. 6, 2020 in support of children who have died in ICE custody. Erik McGregor / LightRocket via Getty Images.

The nation’s attention may have moved on, but the crisis remains.

In 2018, one of the biggest demands of immigrant rights activists was “Abolish ICE.” The rallying cry intensified in part due to the Trump administration’s border policy, which separated parents from children and horrified the world. Just a few days ago, leaked tapes of the first lady exposed her indifference toward the policy in 2018, and reminded us of the administration’s complete disdain of the humanity of people seeking asylum. Today, Immigration and Customs Enforcement (ICE) is still targeting and detaining hundreds of thousands of people, and separating loved ones from their families and communities. And while fewer families are being ripped apart at the border, family separations are still happening.

This suggests two things: The Trump administration has become more adept at hiding its abuses, and the problem with ICE was never about any one specific policy. Indeed, a recent report has proven once again that the agency is, at its core, rotten.

In September, Congress released an alarming new report exposing both egregious conditions in ICE detention centers as well as the agency’s failure to identify and respond to abuses. Following visits to eight ICE detention facilities and interviews with more than 400 people in ICE custody, the Congressional Committee on Homeland Security reported poor physical and mental health care, failure to protect people in detention from Covid, and constrained access to legal services and information.

These findings merely add to a pattern of well-documented institutional medical neglect and abuse at ICE that proves no one is safe in its custody.

ICE is an agency that was created in part to criminalize and target immigrants for incarceration, deportation and exclusion from their communities and their families. As such, the agency’s disregard for human life is part of its very foundation, and has evolved to create a culture that enables and perpetuates human rights abuses like the ones exposed in this report.

Immigration detention is fraught with alarmingly poor conditions, a lack of accountability and a culture of violence that results in system-wide abuses. In September, whistleblower Dawn Wooten courageously spoke out about the horrifying medical care people are experiencing at Irwin County Detention Center in Georgia, as well as serious gynecological procedures allegedly performed on women without informed consent, including hysterectomies.

Meanwhile, on Sept. 21, Cipriano Chavez-Alvarez died due to Covid-19 in a Georgia ICE facility just two months after a judge ordered him released from federal prison due to health concerns.

According to a 2018 report from Human Rights Watch, American Civil Liberties Union, Detention Watch Network and National Immigrant Justice Center, poor medical treatment contributed to more than half the deaths reported in ICE custody between December 2015 and April 2017.

ICE also has failed to respond to the health care needs of people in detention in a timely manner, to adequately screen for illnesses, or to communicate important information about people’s medical conditions to staff.

In 2011, Irene Bamenga was given the incorrect dosages of her medication after only 12 days at Albany County Corrections Facility, according to immigration advocates. She died at age 29, and an investigation into her death revealed that she had submitted multiple health-services requests to correct the dosage of her medication, but the facility’s medical staff had repeatedly failed to respond.

In 2012, Evalin-Ali Mandza had a heart attack after 171 days at the Denver Contract Detention Facility. It reportedly took nearly one hour for someone at the facility to call 911 after a code blue emergency was activated. Mandza was 46 years old.

This past May, Carlos Ernesto Escobar Mejia became the first person in ICE detention to die of Covid-19 at Otay Mesa Detention Center. In his final days, the men with Carlos Ernesto tried repeatedly to alert officials of his deteriorating condition and get him to the hospital, but they were ignored. Mejia was 57 years old.

These are just three of many stories.

Medical negligence has become even more pronounced during the Covid-19 pandemic. Since ICE began reporting the number of cases of Covid in detention, there have been more than 6,500 total confirmed cases, according to the agency. The close confinement of immigrant detention centers creates ideal conditions for the spread of disease, yet ICE has repeatedly deprived people in detention of soap, disinfectant and masks, according to the testimonies of people in detention centers.

Not only has ICE manipulated Covid case data and withheld vital information that could protect people in detention from the virus, the agency has also taken steps to shut out congressional oversight and limit attorney and family access to its facilities.

People in detention who have spoken out against the dangerous and unsanitary conditions during the pandemic have faced harsh punishment ranging from pepper spray to solitary confinement. Congressional investigations have only reinforced this, finding that ICE repeatedly uses segregation as a form of retaliation.

Abuse and death in ICE custody has never been an exception. It is an intrinsic part of the immigration detention system, which has allowed egregious medical abuses to continue for decades with no accountability. The truth is that the abuses exposed by this most recent report are only a fraction of what is documented and investigated, and there will inevitably be more to come unless we take bold action.

Congressional and internal oversight has failed to stop the inhumane treatment of people in ICE detention. In fact, Congress’s own report from September reveals that few enforcement mechanisms exist to improve the conditions in detention centers, even after investigations. To truly end these abuses, Congress must defund ICE as a step toward abolishing the agency in its entirety. State and local lawmakers must terminate ICE contracts. The nation’s attention may have moved on, but the crisis remains. And no one is safe in immigration detention.