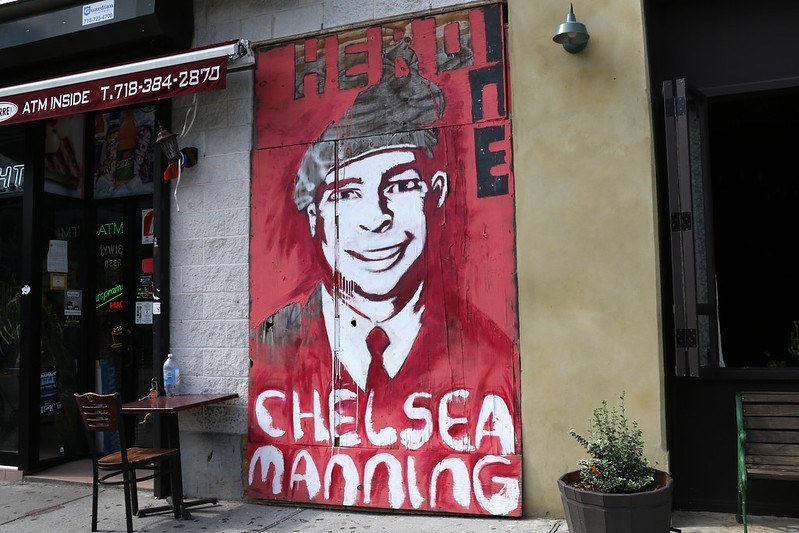 Why There Are So Few Whistleblowers

Adam Schiff’s new book, “Midnight in Washington: How We Almost Lost Our Democracy and Still Could,” makes a strong case for the importance of whistleblowing, particularly in these fractured times.  Schiff, the chairman of the House Intelligence Committee, argues that his committee is “uniquely dependent on whistleblowers” because of the “classified nature” of its work. Without whistleblowers, the congressional intelligence committees would  be “almost completely reliant on the intelligence agencies to self-report,” according to Schiff.  A whistleblower in the intelligence community cannot go to the press, so they must have “access to Congress” or the “whole system fails.”

The fact that there are so few whistleblowers points to the failure of the system, particularly the failure of the oversight system.  The press certainly hasn’t been helpful.  Chelsea Manning, who provided video evidence of war crimes, was dismissed by Washington Post oped writer Ruth Marcus as a “cross-dressing Little Red Riding Hood.”  Edward Snowden, who provided fulsome evidence of illegal massive surveillance, was dismissed by Post senior writer David Ignatius as an “intelligence defector,” not a “whistleblower.”  NBC’s David Gregory accused then Guardian reporter Glenn Greenwald of “aiding” and “abetting” Snowden, and suggested he could be charged with a crime.  So whistleblowers cannot count on support from the mainstream media.

Nor can congressional committees expect military and intelligence officers to “self-report” transgressions, let alone crimes.  We’ve recently learned that senior military officers and civilian officials have been covering up a war crime that took place in Syria two years ago, taking the lives of dozens of women and children.  According to the New York Times, the military command in Iraq and the Central Command headquarters in Florida participated in the cover-up.  Even the Department of Defense’s independent Inspector General omitted any reference in his report to the Air Force F-15 attack fighters that dropped three 500-pound bombs.  The IG was relying on an assessment of the strike that was prepared by the secret unit that carried out the strike.

The Central Intelligence Agency and the Federal Bureau of Investigation certainly cannot be counted on for “self-reporting.”  We’ve been led to believe that FBI operatives didn’t take part in the sadistic interrogation activities at the CIA’s secret prisons.  According to the New York Times, at least nine FBI agents “temporarily” became CIA operatives in the prison network where torture was used.  The CIA continues to lie about the numbers of detainees who moved through the Agency’s detention program at black sites.  We still do not know how many detainees were then transferred to foreign intelligence services that conducted their own torture and abuse.  And we’ll probably never learn how many innocent people were detained by the CIA, and ended up at these black sites or at Guantanamo.  Finally, we don’t know how many detainees were actually subjected to torture and abuse.  Unfortunately, we have no self-reporting….and no reports from CIA whistleblowers.

The Whistleblower Act of 1998 that covers whistleblowers from the intelligence community requires that they must first report their case to their respective Inspectors General.  But Presidents Barack Obama and Donald Trump have gutted the IG system, particularly in the secret national security community that requires a system of oversight.  Obama left the Department of State without an Inspector General for his first term, which may have contributed to allowing then Secretary of State Hillary Clinton’s misuse of sensitive intelligence, and also left the CIA without an IG for long periods of time.  When Trump realized how much scrutiny a good IG could conduct regarding his dysfunctional administration, he simply fired five of them in his last year in office, including the IGs at the Department of National Intelligence, the Department of State, and the Department of Defense.  The Congress and the mainstream media should have been all over this treachery in the executive branch of government.

The co-author of the Whistleblower Act of 1998, Senator Patrick Leahy (D-VT), just announced he will retire next year, which leaves the Congress with very few defenders of vigorous oversight, let alone whistleblowing.  Senator Chuck Grassley (R-IA), a forty-year veteran of the Senate and a self-proclaimed defenders of whistleblowers and IGs, did nothing to counter Trump’s wholesale firing of the independent IGs in 2020.  Whistleblowers from the intelligence community are genuinely out on a limb when they decide to correct a wrong.  They get insufficient support from Congress and the media, and they even have to deal with the gratuitous criticism of someone like Molly Roberts of the Washington Post who recently wrote that their actions “look like individualism to some and narcissism to others.”

Finally, there is the case of Thomas Drake who observed all of the requirements of the Whistleblower Act, in reporting the National Security Agency’s failure to protect the privacy of American citizens.  Drake complained to his bosses; the IGs at both NSA and the Department of Defense; and finally to the House and Senate intelligence committee.  Getting nowhere, Drake finally talked to a reporter at the Baltimore Sun, but only on the basis of unclassified information.  Nevertheless, the Obama administration prosecuted Drake on the basis of the Espionage Act, which led to a harsh response from the Federal judge in the case.  The government then dropped all ten charges.

There have been too many occasions when the American people obtained essential information about national security transgressions from whistleblowers and “burglars of conscience,” and not congressional oversight committees or the media.  The Senate could not even stop Senator Rand Paul (R-KY) from revealing the identity of the CIA whistleblower who enabled the first impeachment of Donald Trump to take place.  Our democracy is embattled when CIA directors and deputy directors (Richard Helms, Robert Gates, George Tenet, Michael Hayden, John Brennan) believe they can lie to the Congress and the American people with impunity.