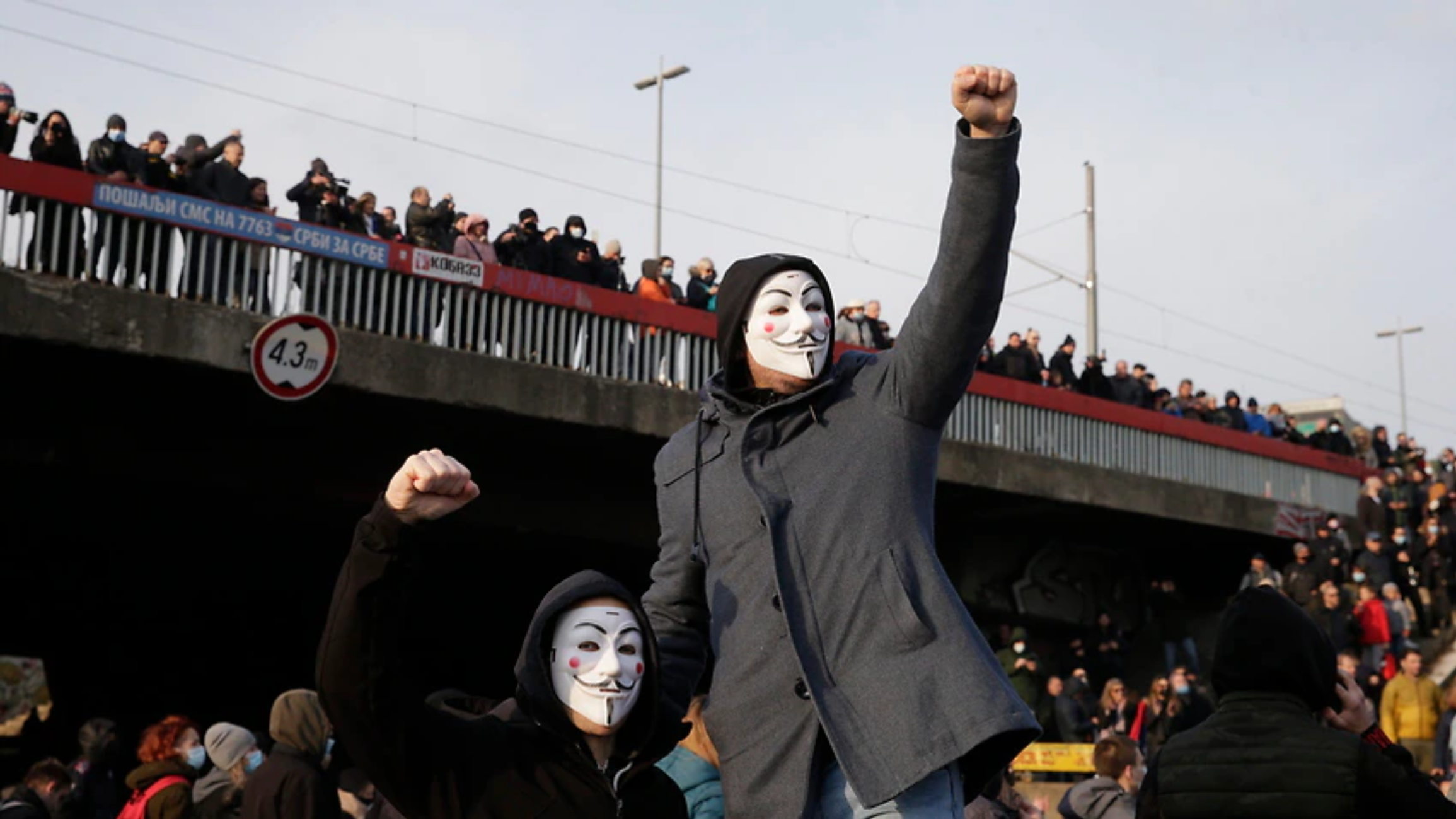 Why Thousands Of Serbians Have Been Rallying Against Rio Tinto

For two weekends in a row, thousands of demonstrators across Serbia have blocked major roads and brought the country to a standstill, concerned their land, water and air risk being exploited.

They’re angry over what they’re calling a looming ecological disaster, and accusing the government of attempting to pass laws that would allow foreign investors to seize land, and disregard environmental regulations.

The most famous name among those investors is Anglo-Australian company Rio Tinto, which plans to build Europe’s largest lithium mine in the Jadar Valley near the western city of Loznica.

The Serbian government decided on Wednesday to suspend two laws that would help Rio Tinto launch the mine, but tensions between it and protesters remain.

Loznica-based activist Marijana Trbovic-Petkovic said around 20,000 people who currently live and work on the fertile agricultural land are scared for their livelihood, homes and their health.

“Some of the boreholes, they don’t have approved management plans and some of them are around 370 metres deep. They’re ruining everything around them because they’re leaking. This is getting into our food,” she told SBS News from Loznica.

“Our regulatory bodies are not reacting, our ministries are not reacting. Rio Tinto says ‘we’ll solve the problem’ but the reality is that they can’t. This is our groundwater, we are scared to drink water from our wells. How are we supposed to know if anything has leached into the water?

“This is horrifying. We’re scared because we just don’t know what the concentration of chemicals is, but we fear they’re huge and should never be present in healthy, agricultural soil.”

What’s It All About?

The mining is all in the name of green energy, with lithium the main mineral needed to produce electric vehicle batteries.

Rio Tinto has said it will make Serbia a leader in green energy, but locals are worried they’ll get nothing but pollution in return.

Professor Biljana Stojkovic, from Belgrade University’s Faculty of Biology, said Loznica is an area where many people live green and off the grid.

The region is also active in Serbia’s agricultural exports.

“This is an ecosystem that biologists refer to as an example of human life and nature co-existing,” Professor Stojkovic said.

“This region of Serbia shows how it’s possible for humans to live on the land, but take care of the land.”

“The protests I think reflect the care and concern that Serbians have about the area, and we absolutely respect the right for people to express their concerns,” she said.

“We are continuing to engage with the residents of the city of Loznica, and for us one of the key things that we want to do going forward is to be able to issue the environmental impact assessment study that we’ve spent quite a lot of time working on.”

The Jadar Valley is unique because of the “jadarite” material found there in the early 2000s — boron and lithium are both contained in the one ore.

Mining and processing it in the same area will make the project the first of its kind.

Ms Kaufman said the technologies are new and currently being trialled in Australia.

“We’ve tested as much jadarite as we could bring across and it’s passed through five independent audits as well, by relevant experts in the field. It is something that we are quite proud of,” she said.

However, Professor Stojkovic said researchers in Serbia haven’t been privy to information guarded by Rio Tinto as confidential.

“We don’t know all the technology and process which will be used because Rio Tinto is insisting this is confidential company information. However, what is mentioned is thousands of tons of sulfuric acid daily [to be used in processing the lithium], a landfill which will be of huge dimensions,” she said.

“They also mention there will be a risk of various chemicals leeching from the landfill. We’re talking about hundreds of hectares of land, fertile land, around the Jadar Valley.”

‘Why Should We Be Putting Up With The Consequences?’

During the G20 summit in Rome in October, developing nations expressed concerns they would be bearing the ecological cost of the new energy revolution.

“The questions that you are hearing from some of the Serbian communities are coming from other communities who are next to these mines in Chile and Bolivia,” she said.

“In Argentina, I was in a family where people were saying, ‘we are not going to be driving these electric vehicles, why should we be putting up with the consequences here?’”

Dr Tim Werner, also from the University of Melbourne, said while moves to new technology are encouraging, they need to be transparent.

“It’s encouraging that [Rio] want to employ new technologies and be innovative in their processes, but that doesn’t mean that we should stop applying scrutiny and asking questions about the impacts of mining are going to be,” he said.

“If they’re going to claim something like that, they need to provide a significant amount of data and science that underpin such a claim.”

Serbia wants to join the European Union but has had multiple challenges in meeting the bloc’s membership requirements.

Serious ecological concerns are among them.

With protest pressure mounting, Serbia’s government this week backed down from the legislative changes that would have made the expropriation of land, in the name of national interest, easier.

Serbian President Aleksandar Vucic said the government will review expropriation laws and, if changes are needed, will consider them with broad public debate.

“Without wide social consensus we will not go ahead with the new law on expropriation,” he said on Wednesday.

The demonstrations come months ahead of likely national elections next year, with critics of the protests accusing organizers of stirring controversy to undermine Mr Vucic before the polls.

Mr Vucic said the suspension of the laws did not represent “defeat and weakness” or a caving to protesters “who want my head”.

“I apologize to citizens for the terror of irresponsible people,” he said, adding that he expected more protests.

‘No Agreement With The People’

Ms Trbovic-Petkovic said while the protests are only in Serbia for the time being, neighboring Balkan countries should be paying attention.

“It’s not just [Serbia]. The way the Drina and Sava (rivers) flow, it’s a much larger question of impact,” she said.

“It’ll impact Bosnia as well. We’re only 15 kilometers away from Bosnia. It’ll impact Croatia. They’re even saying there could be an ecological impact on Hungary.”

Australian-Serbian actress and activist Bojana Novakovic is part of the Marš Sa Drine, or ‘Get off the Drina [River]’, movement, and said the expropriation laws as initially proposed would have allowed foreign investors to turn the country into a colony.

She said the European Union was not “somehow going to save us”.

“Because then they can keep it close, it doesn’t have to go to China, they don’t have to be dependent on China and they can pretend and ‘greenwash’ this entire process.”

Rio Tinto is promising they will do what they can to prevent any damage, saying they plan to adhere to EU guidelines.

But Ms Trbovic-Petkovic said locals are adamant they don’t want to compromise.

“Our goal is for them to leave — to pick up their pipes from our fields and to leave Serbia,” she said.

“It would be fair to explain what agreements they have with who, because they have no agreement with the people.”