THE US and South Korea will join forces on Monday for a provocative 10-day military drill, which North Korea says could lead to “nuclear war”.

While Kim Jong-un appeared to back off on his threat to attack Guam yesterday, the North Korean leader has made it clear that the military exercise could raise his ire again.

The joint military drill, known as Ulchi-Freedom Guardian, happens every year, but it has antagonised the North more than usual given the heightened tensions between Pyongyang and Washington.

The North sees the massive land, air and sea war games as a provocation, because it believes it is a way for the South to prepare for an invasion.

Washington and Seoul, which will each deploy tens of thousands of troops for the exercise, maintain the exercise is defensive and a response to North Korea aggression.

Past drills are believed to have included simulated “decapitation strikes”, which see soldiers carry out trial operations to kill Kim Jong-un and his top generals. 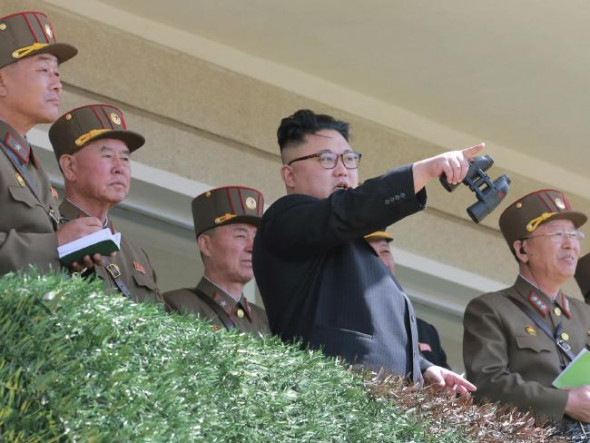 Mr Kim closely examined plans for a strike against Guam on Monday but appeared to back off on the threat of an imminent attack, with state-controlled Korean Central News Agency reporting he would “watch a little more the foolish and stupid conduct of the Yankees” before taking action.

However, the KCNA report said Mr Kim could revive plans to attack the US with its Hwasong-12 mid-range ballistic missiles if its persisted in its “planned fire of power demonstration”. 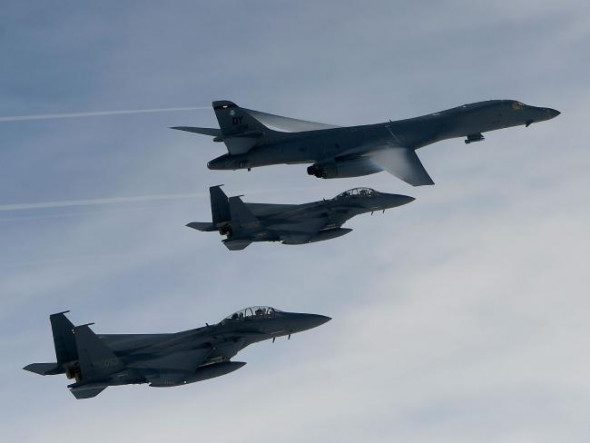 “The US should stop at once arrogant provocations against the DPRK [Democratic People’s Republic of Korea] and unilateral demands and not provoke it any longer,” the report read.

“[Mr Kim] said that if the Yankees persist in their extremely dangerous, reckless actions on the Korean peninsula and in its vicinity, testing the self-restraint of the DPRK, the latter will make an important decision as it already declared, warning the US that it should think reasonably and judge properly not to suffer shame that it is hit by the DPRK again.

“He said that if the planned fire of power demonstration is carried out as the US is going more reckless, it will be the most delightful historic moment when the Hwasong artillerymen will wring the windpipes of the Yankees and point daggers at their necks, underlining the need to be always ready for launching into action anytime our Party decides.” 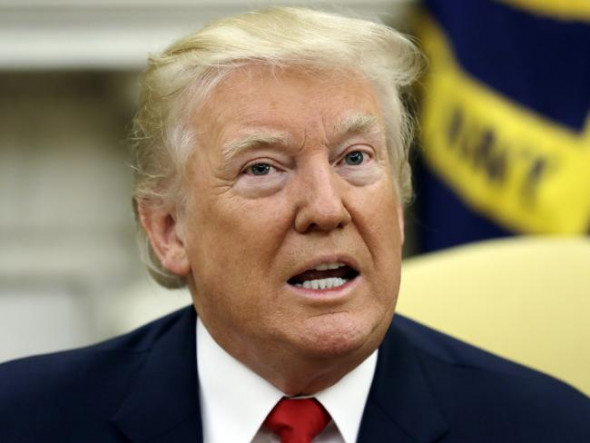 Pyongyang also slammed the military exercise via a KCNA editorial earlier in the week, entitled “Does the United States desire self-destruction?”

“If sparks fly as a result of an incident, no amount of strength could prevent war,” the editorial reads.

“The significance of the exercise for a large-scale nuclear war is crystal clear, at this time of an extremely worsening situation on the Korean peninsula. 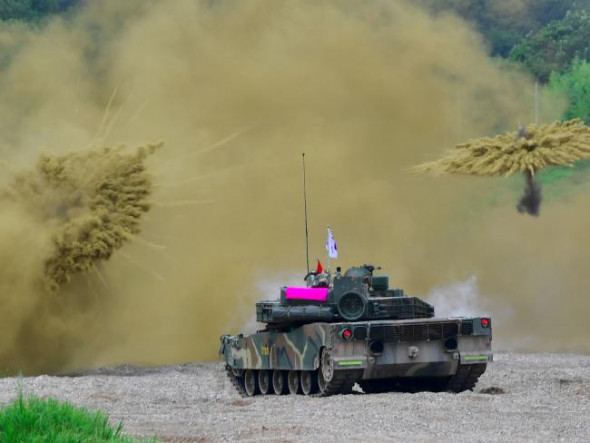 “No matter how much the exercises are regularised through conversation, the danger of war can never be diminished.

“Should a second Korean War erupt, it will only lead to nuclear war.”

The article bragged that “no one can guess the power” of North Korea’s weapons but threatened that as the US “plays more tricks, it will feel the pressure of self destruction”. 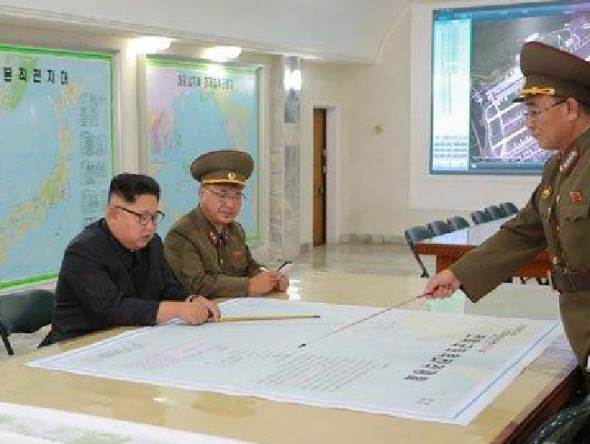 North Korean leader Kim Jong-un is presented with plans to launch ballistic missiles towards the US territory of Guam. The map in front of him details the flight path of a missile from North Korea towards the strategically significant Pacific island. Picture: KCNASource:Supplied

The propaganda also claimed that 3.5 million North Koreans had volunteered for the army in the three days after the government condemned the imposition of United Nations Security Council sanctions.

There was alarm across the region yesterday when US satellites picked up North Korea moving missile launchers into place for a possible attack on Guam, which is home to two strategically important US air force bases.

US defence secretary Jim Mattis said the US was poised to defend itself from any attack. 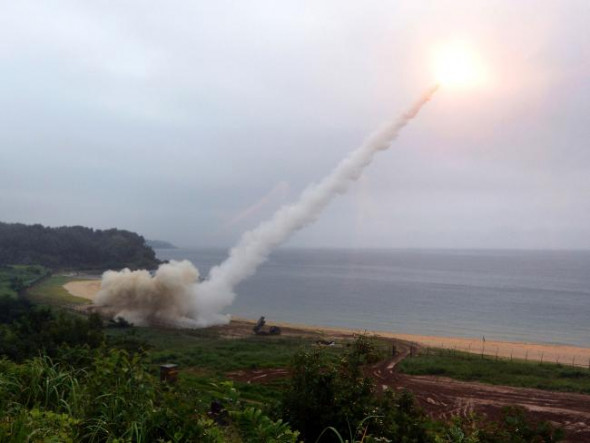 The US and South Korea have not been intimidated by the threats, and have confirmed the military drills will go ahead as planned, starting on Monday.

China, meanwhile, has called for the military exercises to be dropped, via its state-run media.

“The drill will definitely provoke Pyongyang more, and Pyongyang is expected to make a more radical response,” China’s Global Times said in an editorial.

“If South Korea really wants no war on the Korean Peninsula, it should try to stop this military exercise. But the South Koreans can hardly get rid of US control, both in mind and deed.”

US President Donald Trump has taken on a strikingly belligerent tone against North Korea this month.

Mr Trump threatened last week to respond to any North Korea threats with “fire and fury like the world has never seen”.

He backed that up on Friday by saying that the US was “locked and loaded” to take on the rogue state and that Mr Kim would “regret it fast” if he attacked Guam or any of America’s allies.

About 28,500 members of the US military are stationed in South Korea.