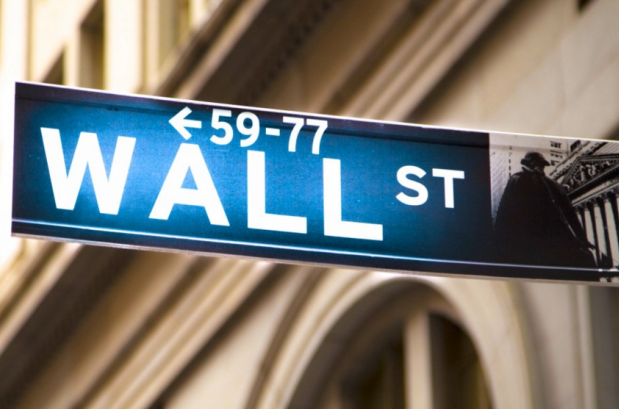 Wall Street Won First Round, We Might Win Next

This is an abridged version of an essay, “Tyranny of Global Finance,” co-published with the Transnational Institute, appeared in the State of Power 2016 report.

When the ground from under Wall Street opened up in autumn 2008, there was much talk of letting the banks get their just desserts, jailing the “banksters,” and imposing draconian regulation. The newly elected Barack Obama came to power promising banking reform, warning Wall Street, “My administration is the only thing that stands between you and the pitchforks.”

Yet nearly eight years after the outbreak of the global financial crisis, it is evident that those who were responsible for bringing it about have managed to go completely scot-free. Not only that, they have been able to get governments to stick the costs of the crisis and the burden of the recovery on their victims.

How did they succeed? The first line of defense for the banks was to get the government to rescue the banks from the financial mess they had created. The banks flatly refused Washington’s pressure on them to mount a collective defense with their own resources. Using the massive collapse of stock prices triggered by Lehman Brothers going under, finance capital’s representatives were able to blackmail both liberals and the far-right in Congress to approve the $700 billion Troubled Asset Relief Program (TARP). Nationalization of the banks was dismissed as being inconsistent with “American” values.

Then by engaging in the defensive anti-regulatory war that they had mastered in Congress over decades, the banks were able, in 2009 and 2010, to gut the Dodd–Frank Wall Street Reform and Consumer Protection Act of three key items that were seen as necessary for genuine reform: downsizing the banks; institutionally separating commercial from investment banking; and banning most derivatives and effectively regulating the so-called “shadow banking system” that had brought on the crisis.

They did this by using what Cornelia Woll termed finance capital’s “structural power.” One dimension of this power was the $344 million the industry spent lobbying the U.S. Congress in the first nine months of 2009, when legislators were taking up financial reform. Senator Chris Dodd, the chairman of the Senate Banking Committee, alone received $2.8 million in contributions from Wall Street in 2007–2008. But perhaps equally powerful as Wall Street’s entrenched congressional lobby were powerful voices in the new Obama Administration who were sympathetic to the bankers, notably Treasury Secretary Tim Geithner and Council of Economic Advisors’ head Larry Summers, both of whom had served as close associates of Robert Rubin, who had successive incarnations as co-chairman of Goldman Sachs, Bill Clinton’s Treasury chief, and chairman and senior counsellor of Citigroup.

Finally, the finance sector succeeded by wielding their ideological power, or perhaps more accurately, hitching their defense to the dominant neoliberal ideology. Wall Street was able to change the narrative about the causes of the financial crisis, throwing the blame entirely on the state.

This is best illustrated in the case of Europe. As in the U.S., the financial crisis in Europe was a supply-driven crisis, as the big European banks sought high-profit, quick-return substitutes for the low returns on investment in industry and agriculture, such as real-estate lending and speculation in financial derivatives, or placed their surplus funds in high-yield bonds sold by governments. Indeed, in their drive to raise more and more profits from lending to governments, local banks, and property developers, Europe’s banks poured $2.5 trillion into Ireland, Greece, Portugal and Spain.

The result was that Greek’s debt-to-GDP ratio rose to 148% in 2010, bringing the country to the brink of a sovereign debt crisis. Focused on protecting the banks, the European authorities’ approach to stabilizing Greece’s finances was not to penalize the creditors for irresponsible lending but to get citizens to shoulder all the costs of adjustment.

The changed narrative, focusing on the “profligate state” rather than unregulated private finance as the cause of the financial crisis, quickly made its way to the U.S., where it was used not only to derail real banking reform but also to prevent the enactment of an effective stimulus program in 2010. Christina Romer, the head of Barack Obama’s Council of Economic Advisors, estimated that it would take a $1.8 trillion to reverse the recession. Obama approved only less than half, or $787 billion, placating the Republican opposition but preventing an early recovery. Thus the cost of the follies of Wall Street fell not on banks but on ordinary Americans, with the unemployed reaching nearly 10% of the workforce in 2011 and youth unemployment reaching over 20%.

Big Finance’s Victory in the U.S. and Europe

The triumph of Wall Street in reversing the popular surge against it following the outbreak of the financial crisis was evident in the run-up to the 2016 presidential elections. The U.S. statistics were clear: 95% of income gains from 2009 to 2012 went to the top 1%; median income was $4,000 lower in 2014 than in 2000; concentration of financial assets increased after 2009, with the four largest banks owning assets that came to nearly 50% of GDP. Yet regulating Wall Street has not been an issue in the Republican primary debates while in the Democratic debates, it was a side issue, despite the efforts of candidate Bernie Sanders to make it the centre-piece.

The political institutions of one of the world’s most advanced liberal democracies were no match for the structural power and ideological resources of the financial establishment. As Cornelia Woll writes, “For the administration and Congress, the main lesson from the financial crisis in 2008 and 2009 was that they had only very limited means to pressure the financial industry into behavior that appeared urgently necessary for the survival of the entire sector and the economy as a whole.”

In Greece, the austerity policies provoked a popular revolt – expressed in the June 2015 referendum on the bailout in which over 60% of the Greek people rejected the deal – but in the end their will was trampled on as the German government forced Tsipras into a humiliating surrender. It is clear that the key motives were to save the European financial elite from the consequences of their irresponsible policies, enforcing the iron principle of full debt repayment, and crucifying Greece to dissuade others, such as the Spaniards, Irish, and Portuguese, from revolting against debt slavery. As Karl Otto Pöhl, a former head of Germany’s Bundesbank, admitted some time back, the draconian exercise in Greece was about “protecting German banks, but especially the French banks, from debt write-offs.”

Yet, the victory of the banks is likely in the end to be pyrrhic. The combination of deep austerity-induced recession or stagnation that grips much of Europe and the U.S. and the absence of financial reform is deadly. The resulting prolonged stagnation and the prospect of deflation have discouraged investment in the real economy to expand goods and services.

Meanwhile with the move to reregulate finance halted, the financial institutions have all the more reason to do what they did prior to 2008 that triggered the current crisis: engage in intense speculative operations designed to make super-profits from the difference between the inflated price of assets and derivatives based on assets and the real value of these assets before the law of gravity causes the inevitable crash.

The non-transparent derivatives market is now estimated to total $707 trillion, or significantly higher than the $548 billion in 2008, according to analyst Jenny Walsh. “The market has grown so unfathomably vast, the global economy is at risk of massive damage should even a small percentage of contracts go sour. Its size and potential influence are difficult just to comprehend, let alone assess.” Former U.S. Securities and Exchange Commission Chairman Arthur Levitt, the former chairman of the SEC, agreed, telling one writer that none of the post-2008 reforms has “significantly diminished the likelihood of financial crises.”

The question then is not if another bubble will burst but when.

Winning the Next Round

Then the next question is, will it take this coming crisis to finally achieve what the reaction of the 2008 financial crisis failed to do – place finance capital under restraints? In his classic book The Great Transformation, Karl Polanyi talked about the “double movement” whereby the excesses of capital create a counter-movement among the people, which forces the state to restrain and regulate it.

In this we can learn from Iceland’s unique experience. In October 2015, Iceland’s judicial system sent the heads of the country’s biggest banks to jail, along with 23 of their lieutenants. The sentencing was the culmination of a process in which Iceland took a different course from the U.S. and the rest of Europe. It let the banks go under instead of bailing them out as “too big to fail”. It did engage in bailout operations but these were to rescue ordinary citizens rather than bankers, forgiving mortgage debts that went above 110% of the actual value of the home linked to the loan.

The economy of Iceland did not collapse when its biggest banks were allowed to fail. As one article pointed out,

“Iceland returned to economic growth much faster than skeptics expected after breaking from the conciliatory approach toward financial industry actors that most countries took in the wake of the global collapse. The tiny economy’s growth rate outpaced the average for European countries in 2012. It halved its unemployment rate since the peak of the crisis.”

That the country was able to tame the finance industry was perhaps due to several factors. One was the relatively small scale of its democracy. With a population of only 329,000 people, most of them in the capital city, Reykjavik, Iceland’s elected officials were susceptible to very direct pressure from the electorate, many of whom had suffered massive losses. Another is that with finance having emerged relatively recently as the main driver of the economy, the financial elite had not achieved the massive structural and ideological power that finance capital had achieved in the U.S., the U.K. and the rest of Europe.

Iceland may have been the exception to the rule, but it shows that democratic control of the banks is possible.

To avoid further crises with huge tragic social costs, we have an urgent task to bring finance back under democratic control, to reconfigure society’s relation to finance capital, indeed, to Capital itself.