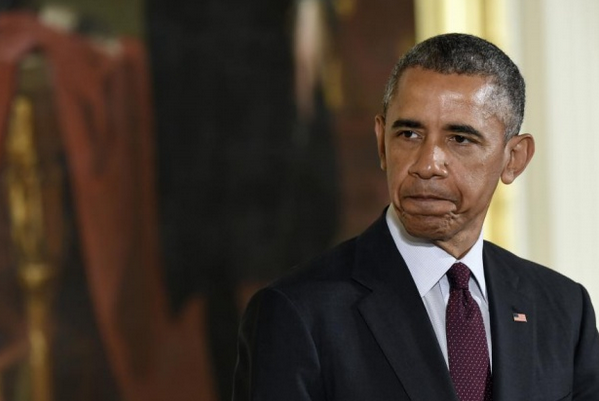 President Obama has come under fire for a series of recent trade-deal negotiations as critics worry about the impact on jobs and civil liberties. Photograph: Susan Walsh/AP

WikiLeaks on Wednesday released 17 different documents related to the Trade in Services Agreement (Tisa), a controversial pact currently being hashed out between the US and 23 other countries – most of them in Europe and South America.

The document dump comes at a tense moment in the negotiations over a series of trade deals. President Barack Obama has clashed with his own party over the deals as critics have worried about the impact on jobs and civil liberties.

On Tuesday, WikiLeaks put a $100,000 bounty on documents relating to the alphabet soup of trade treaties currently being negotiated between the US and the rest of the world, particularly the controversial Trans-Pacific trade agreement (TPP). The offer, announced yesterday, has already raised more than $33,000.

Wednesday’s leak is the third time that WikLeaks has published sections from secret trade agreements. In January it leaked a chapter from the TPP related to the environment. In November 2013 it made public a draft of the agreement’s intellectual property chapter, containing proposals that Wikileaks founder Julian Assange said would “trample over individual rights and free expression”.

Among the text leaked on Wednesday are Tisa’s annex on telecommunications services, an amendment that would standardize regulation of telecoms across member countries, according to WikiLeaks. Other documents in the batch of files relate to e-commerce, transportation of living people, and regulation of financial services corporations.

Andrew Bates, press secretary for the president’s office of the US trade representative, said: “While the US does not comment on alleged leaked negotiating information, it is important to underscore that American services exports are at all-time high of $710.6bn, and those exports support 4.6m well-paying jobs all over the country.

“That is why president Obama has made opening markets for US services exporters a chief priority of his middle-class economics agenda.”

Unions, which fear heavy job losses once long-standing trade protections are dismantled, reacted with dismay following publication of the previously hidden documents.
Public sector unions have sought protections for state funded services that could be threatened by increased competition. One proposal from Turkey that came to light following a previous leak of documents would endorse health tourism across all the countries covered by the deal.

Under the Turkish plan, people with health problems in the US and Europe would be encouraged to visit neighbouring countries for cheaper treatment, with the cost being re-imbursed by their own health service or insurance provider. The plan implied that Turkey hopes to become a major provider of health services to Europe’s ageing population, paid for by European taxpayers.
Rosa Pavanelli, general secretary of the Public Services International union, said public services could be hollowed out by competition, though she said there was still huge uncertainty about the actual consequences of the negotiations “as understanding the full implications requires the whole text”.
She said: “It is outrageous that our democratically elected governments will not tell us the laws they are making. What has our democracy come to when the community must rely on Wikileaks to find out what our governments are doing on our behalf”
“The irony of the text containing repeated references to transparency, and an entire Annex on transparency requiring governments to provide information useful to business, being negotiated in secret from the population exposes in whose interests these agreements are being made,” she said.
Nick Dearden, director of the charity Global Justice Now, formerly the World Development Movement, said: “These leaks reinforce the concerns of campaigners about the threat that TISA poses to vital public services. There is no mandate for such a far-reaching programme of liberalisation in services. It’s a dark day for democracy when we are dependent on leaks like this for the general public to be informed of the radical restructuring of regulatory frameworks that our governments are proposing.”

Evan Greer, campaign director for Fight for the Future, said: “Internet users have become increasingly aware that seemingly obscure and complex policies that impact technology can have profound impacts on our most basic rights to communicate and express ourselves freely. Based on the latest leaks, it’s clear that Tisa is not only unacceptably secretive, it contains provisions that could threaten internet freedom, privacy, and even global net neutrality.”

The TPP has been particularly controversial because of the level of secrecy around it – trade agreements by their nature are negotiated behind closed doors, but restrictions on the TPP are such that elected representatives aren’t allowed to express any specific reservations about its content to their constituents. Moreover, advisers specifically included in the conversation to represent the public say they aren’t being allowed to read the entire document. “Today’s consultations are, in many ways, much more restrictive than those under past administrations,” veteran trade advisor Michael Wessel wrote in Politico last month.

Activists were out in force today, though it appeared that serendipity, rather than coordination, was responsible for the a string of pranks across Capitol Hill that coincided with the WikiLeaks release. Couriers purporting to have a message from President Obama showed up at the offices of several House Republicans with a note reading: “Please rubberstamp [sic] my secret trade agenda. I have included a stamp for your convenience.”

Inside was a list of bullet points about the trade deal, a note “from the president” and a rubber stamp with the face of Barack Obama and the words “I support President Obama’s Secret Trade Deal”.