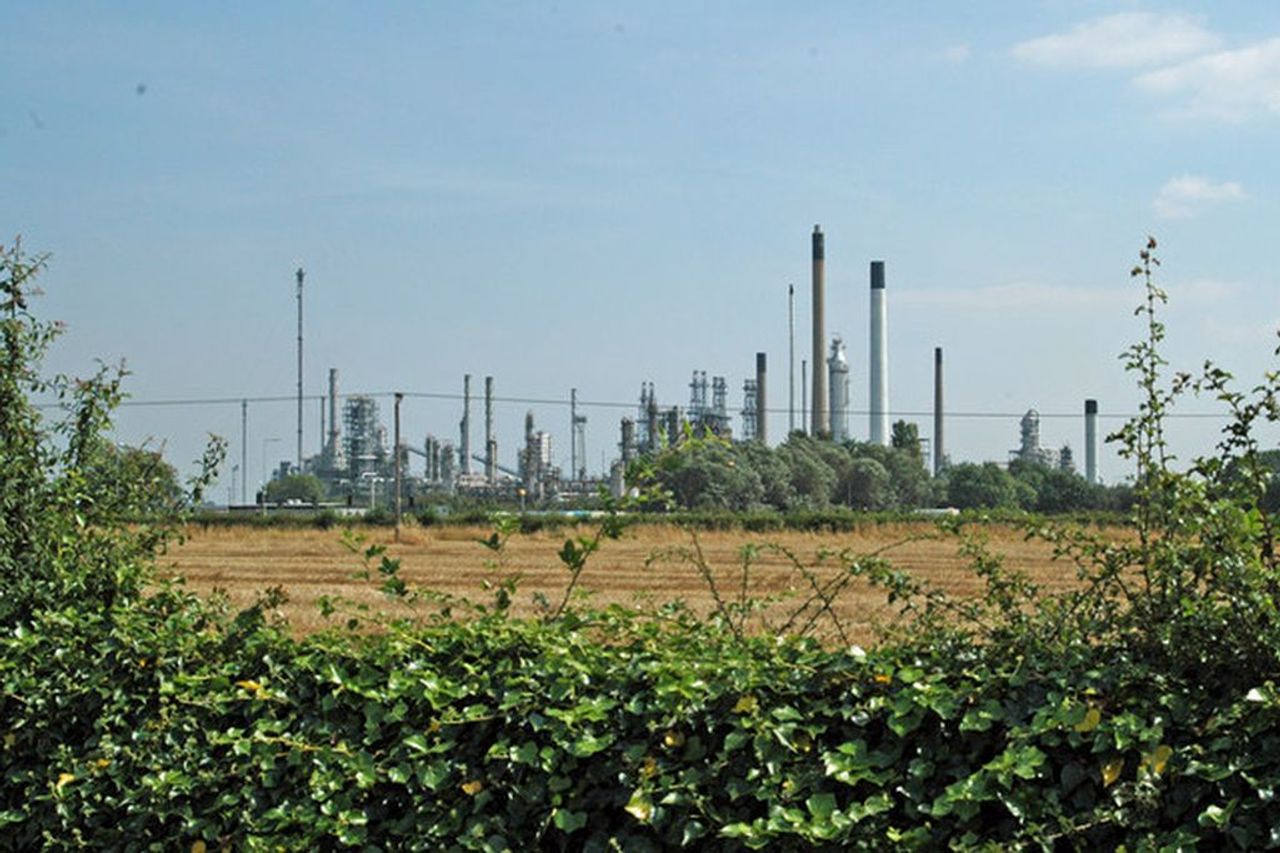 A wave of wildcat strikes by subcontracted workers broke out across refineries and power stations in the UK Wednesday, amid continuing walkouts by Amazon workers. Workers are protesting wages falling massively behind the spiraling cost of living.

The “Blue Book” agreement was cheered by Jock Simpson, the chairman of the National Joint Council for the Engineering and Construction Industry, as the “means of managing labor relationships to deliver project completions to time and budget” and as the “key to industrial relations stability”. Its key objective is to enable the UK engineering construction industry to remain “globally competitive”, with a “productive and competitive workforce”.

A leaflet distributed by striking workers demanded, “We deserve a decent pay rise” and explained that the action was “in response to the ECIA’s refusal to recognize the impact of the cost of living crisis on its workers.”

Denouncing a “real terms pay cut of at least 10 percent,” the workers said they were being expected to “just get on with it.”

“Some of us worked throughout the pandemic to keep the country running, some of us were made redundant” while the rest “took a pay freeze”. The employers “have point blank refused” to make another offer, the statement continues, “We cannot allow this cavalier attitude to continue.”

The leaflet concludes, “Clients are making record profits. Inflation at a 40 year high. People before profits.”

Strikers intend to walk out every other Wednesday until their demands are met.

Union leaders reportedly raised concerns with the employers this May about how explosive the situation was but were told to wait until 2024. They meekly and predictably complied.

Action has been taken unofficially.

In Fife, Scotland, around 250 workers at the Mossmorran ExxonMobil refinery took part, gathering outside the plant and blocking the road. One told The Courier, “Contractors were deemed essential workers during the pandemic and played a vital part in keeping the Mossmorran plant operating.”

Another criticized the employers for “reveling” in record profits, adding, “I never missed a shift during the lockdown to keep this plant open.”

A similar number walked out at the Valero refinery in Pembroke, Wales. A striker told the Western Telegraph in reference to rising food and energy bills, “No working man or woman should go to work and worry about whether they will have to choose between having to eat or put the heating on.

“Strike action is the only thing we can do.”

Close to 300 workers—including electricians, scaffolders and pipe fitters—struck at the Humber refinery in northeast England, run by Phillips 66. A worker told Grimsby Live, “We worked through the pandemic to keep it going and we didn’t even get full pay. Nearly all of us caught Covid.

“Basically, we’re earning less money than we were three years ago.”

Another told the paper they were striking for a 15 percent raise.

Contractors from the next-door Lindsey refinery came to support the Humber strike. One told Hull Live, “The cost of living is supposed to go up 11.6 percent and we’re only going to get a 2.6 percent pay increase. If it carries on like this, there will be people not being able to live. People can’t afford to live now.”

Around 250 workers, including maintenance and repair staff, walked out Wednesday at Petroineos’s Grangemouth refinery in Scotland, blocking one of the main access roads to the site. Another protest was held at the ExxonMobil refinery in Fawley, Southampton—the largest in the UK. Hundreds walked out at the Drax Power Station, near Selby in Yorkshire, which has the highest generating capacity of any station in the UK.

A media blackout makes it hard to be sure, but there are reports of over 20 workplaces affected in total.

The companies that operate these sites are all making record profits. ExxonMobil recently reported second-quarter profits of $17.85 billion; Valero, $4.7 billion; Phillips 66, $3.2 billion; Ineos, $572 million. Drax made over £200 million profit in the six months to this June.

Together with the wildcat Amazon strikes and the walkout at Cranswick Continental Foods in Bury in north west England earlier this month, the refinery strikes show the explosive sentiment in the working class. But any fight is being sabotaged by the trade unions.

The refinery strikes closely mirror the wildcat walkouts of offshore oil workers across 16 platforms this May, which was joined by a walkout by construction workers at the Humber refinery. These were also carried out by employees at subcontractors and independently of the trade unions. Workers called for a “wage revolution,” citing the enormous profits made by the energy companies and demanding a £7 uplift in the hourly rate.

The Unite, GMB and Rail, Maritime and Transport (RMT) unions responded by refusing to challenge the media blackout on the action and allowing the company to make brutal threats against the strikers. They then cited subcontractor Bilfinger UK’s agreeing to become a signatory to the Energy Services Agreement (ESA) as a pretext to make a call for a return to work jointly with the company.

The ESA is the equivalent of the NAECI, setting pay and conditions for 5,000 offshore workers. Unite regional officer John Boland commented, “The Energy Services Agreement is a new way of working that brings all parties together to resolve the challenges facing the industry and our members and ensures that through their trade unions they are treated fairly and rewarded for their efforts.

Exposing all such pro-company propaganda from the unions, workers covered by the ESA were awarded an insulting 2.32 percent pay rise this year.

Last November, Unite ended a strike of 400 workers at the Essar refinery in Stanlow, near Liverpool, pushing a 6.2 percent pay deal for 2022 when inflation was already at 7.1 percent and rising rapidly.

This June, Unite ended strike action by 100 workers at the Fawley refinery. Workers were given a 9.2 percent raise, well below the 11.1 percent rate of inflation at the time, and without the key demand for occupational sick pay being resolved.

The potential exists for a mass movement of workers across the energy industry. A stand for good wages against the profiteering energy companies would win enormous popular support among workers throughout Britain confronted with catastrophic fuel bills. But the trade unions refuse to organize such a movement. They have taken forward limited disputes, always ended in sellouts, while allowing the bulk of the industry to suffer the appalling rates of pay they negotiated.

During the Fawley dispute, Unite reacted with horror when unified action was taken across just two contracting companies. After one of the union’s own reps was suspended by the employers for allowing 50 of his colleagues at a contractor not involved in the dispute to join striking workers, Unite suspended the strike and wrapped it up shortly afterwards.

Workers must not be straightjacketed any longer. They confront a ferociously hostile Tory government and Labor “opposition,” which they must mobilize all their strength to defeat.

It should be understood that government planning for the chaos of a no-deal Brexit now largely unfolding, codenamed Operation Yellowhammer, had a major focus on the UK fuel industry. The only redacted paragraph in the government’s forecast dealt with the threat of strikes at refineries.

These documents were all discussed in the context of plans for the deployment of tens of thousands of troops and police to deal with “civil unrest,” and the use of the Civil Contingencies Act handing the government sweeping authoritarian powers.

Overcoming this fierce ruling class state offensive means taking up a new political perspective and building new organizations of struggle, independent of the trade unions. Rank-and-file committees should be established in every workplace, including all workers regardless of their employment status, forming links across the energy industry nationally and internationally, drawing up a list of demands and organizing coordinated, all-out action to win them.