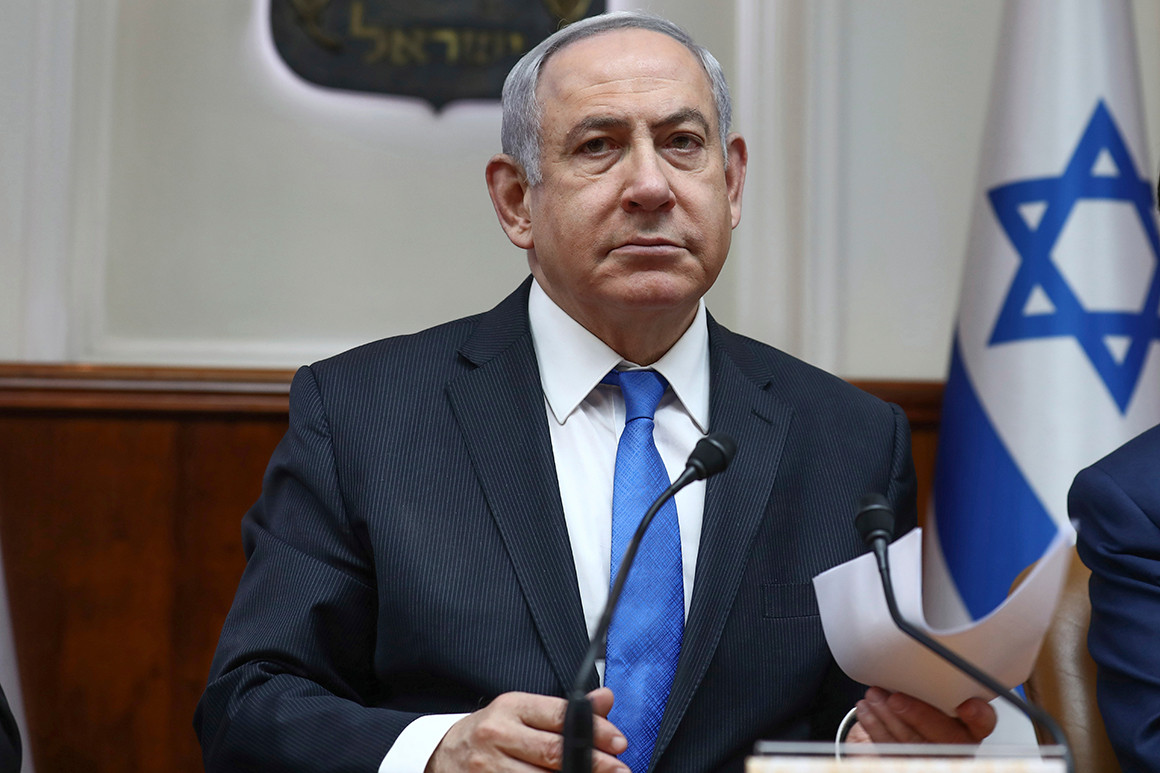 Will Biden Stay in Bibi’s Pocket?

Netanyahu’s own words, videotaped two decades ago, show his disdain for the malleability of former U.S. presidents. As it turns out, Netanyahu had good reason to hold them in contempt as he “maneuvered” around them to ensure unstinting American support for status-quo Israeli domination of the Palestinians.

How about now? Will he see President Biden as a wimp, with Biden’s mealy-mouthed comment to Netanyahu earlier today that Biden “expects to see a significant de-escalation today on the path to a ceasefire” in Gaza.

If past is precedent, Netanyahu’s likely response will be a half-polite, “Joe, please take that and shove it … and oh, by the way, I meant to thank you for your proposed sale of $735 million-worth of smart bombs a couple of weeks ago. It came at just the right time for me.”

You readers will be quick to point out, Netanyahu could not survive, were the U.S. to stop its misconceived, lemming-like, unprecedentedly generous support for Israel. And you would be correct. Still, the odds are against anything more effective than pious calls for steps “on the path to a ceasefire”, until Israeli forces accomplish what the Israelis now admit they have long planned to achieve in Gaza.

Netanyahu thought the camera/sound was off 20 years ago, when he spoke with unspeakable candor to a small private group, explaining, “America is a thing that can be easily moved … moved in the right direction. They [Americans] will not bother us.”

In this 5-minute video, leaked and aired on Channel 10 News in Israel, Netanyahu in 2001 discussed the Oslo Accords, the peace process, Bill Clinton, and Israel’s power to move the U.S. “in the right direction’.

Translation (based on the subtitles) follows, with Netanyahu in bold.

“The Arabs now are preparing a campaign [war] of terror, and they think that this will break us.

“The main thing is, first and foremost, to hit them hard.

“Not just one hit … but many painful, so that the price will be unbearable.

“The price is not unbearable now.

“A total assault on the Palestinian Authority.

“To bring them to a state of panic that everything is collapsing.

[Woman interrupts: But wait a minute. At that point the whole world will say, ‘What are you, occupiers?]

[Woman: ‘Aren’t you afraid of the world, Bibi?

“Especially now with America, I know what America is.

“America is a thing that can be easily moved … moved in the right direction.

“They [Americans] will not bother us.

“Let’s suppose they [Americans] will say something to us – Israelis … so they say it … [so what?].

“80 percent of the Americans support us.

“It’s absurd. We have such [great] support there!

“And we say … what shall we do with this [support]?

“Look, the other administration [that of Clinton] was pro-Palestinian in an extreme way.

“I was not afraid to maneuver there. I did not fear confrontation with Clinton.

Netanyahu then goes on to explain how he exploited a loophole in the Oslo Accords (regarding which side defines what a “military site” is), and that, in Netanyahu’s words is how “I actually stopped the Oslo Accords.” (The Accords provided, among other things, for phased withdrawal of Israeli troops.)

Those who want really significant change had better show that they care enough to get out in the streets.

Otherwise, nothing “significant” will happen, and the Israeli military will continue to “mow the grass” in Gaza, unhindered — and with a Netanyahu-type smirk on their faces. ( See: https://consortiumnews.com/2021/05/16/26686/. ) And Biden will have shown that, like his predecessors, he lacked the courage and the will to climb out of Bibi’s pocket.

Expert at Surprises: Is Iran Next?

Again, if past is precedent …

Blindsiding other countries has long been a favorite arrow in Israel’s quiver. During the Middle East crisis in the spring of 1967, some of us witnessed closely a flood of Israeli surprises and deceptions, as Netanyahu’s predecessors feigned fear of an imminent Arab attack as justification for starting a war to seize and occupy Arab territories.

Few Americans realize that we in U.S. intelligence had long since concluded that Israel had been grossly exaggerating the Arab “threat” in early 1967. Fifteen years later, in 1982, former Israeli Prime Minister Menachem Begin publicly confessed:

“In June 1967, we had a choice. The Egyptian army concentrations in the Sinai approaches do not prove that [Egyptian President] Nasser was really about to attack us. We must be honest with ourselves. We decided to attack him.”

Israel, in fact, had prepared well militarily and also mounted provocations against its neighbors, in order to provoke a response that could be used to justify expansion of its borders. In today’s fluid, unpredictable circumstances, President Biden would be well advised to greet with appropriate skepticism any private assurances Netanyahu may provide that he will not go for broke and launch a surprise attack on Iran. (See: https://consortiumnews.com/2010/080310c.html for additional background)