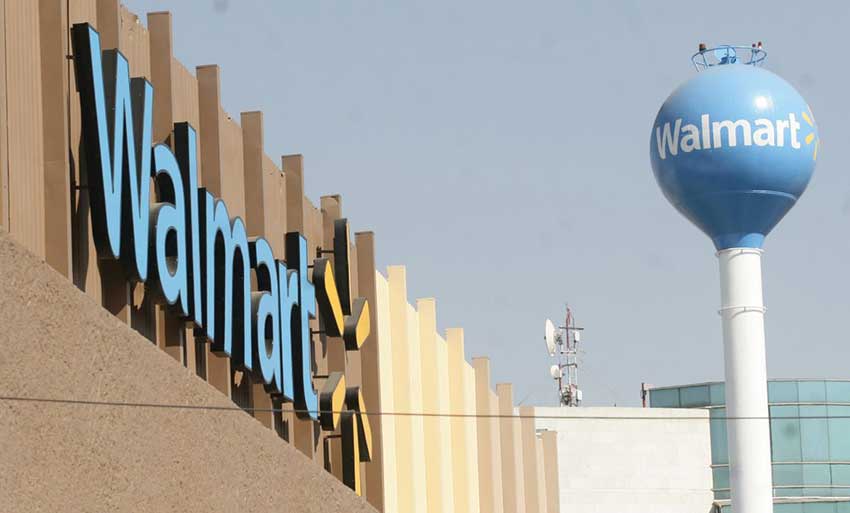 ‘Winds Of Change Are Blowing:’ 8,500 Walmart Employees Threaten To Strike

Union seeks a 20% pay increase and other demands

More than 8,500 Walmart employees will strike in 10 states on March 20 if the company doesn’t meet their demands for a 20% pay increase as well as other benefits and better conditions.

The mainly female cashiers and other low-ranking employees at the big-box retail chain earn on average between 140 and 150 pesos (US $7 to $7.50) per day and are not enrolled in medical insurance or retirement schemes, their union claims.

In addition, the National Association of Shop and Private Office Workers contends that Walmart doesn’t respect the right to an eight-hour working day, doesn’t pay overtime in accordance with the law, discriminates against pregnant women and has dismissed workers unfairly.

René Sasores Barea, the union’s secretary general, said that if the company and its employees don’t reach a new agreement on salaries and conditions before March 20, workers at 121 Walmart stores as well as 56 Sam’s Club outlets and an unspecified number of Bodega Aurrera stores will walk off the job.

Sasores said that in some states the threat to strike is supported by governors who have acknowledged the “abuse” to which Walmart employees are subjected.

He called on Walmart managers and the general public to support the workers as well “because it’s a struggle that is going to benefit everyone, even the consumer.”

Considering the large profits that the company makes, Walmart should be able to offer a fair salary to its employees and an annual bonus, Sasores said. It should also enroll workers in social security, housing and retirement schemes, he added.

The threatened strike follows widespread job action in Matamoros, Tamaulipas, where thousands of factory workers have won 20% pay increases and annual bonuses of 32,000 pesos (US $1,650).

“The winds of change are blowing and . . . employers must understand that,” Sasores said.

“Workers are no longer willing to suffer more abuse.”