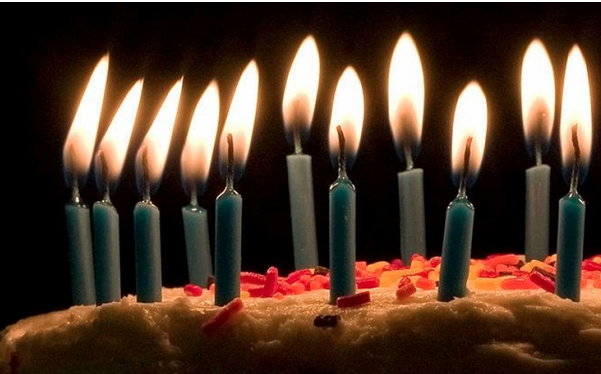 “The best way to protect Medicare is to upgrade it and expand it to cover everyone,” said National Nurses United co-president Jean Ross. (Photo: Joey Gannon/Wikimedia/cc)

From California to Florida to Maine, communities in 25 cities across the United States are staging rallies, picnics, and flash mobs this week to celebrate Thursday’s 50th anniversary of Medicare—and call for its expansion into a system that provides publicly-funded healthcare for all.

“It is urgent that we continue organizing for the right to healthcare by fighting efforts to roll back or privatize Medicare and joining with movements around the country to establish a publicly-financed healthcare system that includes all people,” Ellen Schwartz, president of the Vermont Workers’ Center, told Common Dreams.

The nationwide actions marking President Lyndon B. Johnson’s July 30, 1965 signing of the bill that created Medicare were organized by a broad array5 of organizations including Physicians for a National Health Program, Alliance for Retired Americans, National Nurses United (NNU), and Public Citizen.

They also include high-profile supporters, among them 2016 presidential hopeful Sen. Bernie Sanders (I-Vt.), who spoke at a Washington, D.C. rally on Thursday morning. “Healthcare is a right for all people, not a privilege,” Sanders told a cheering crowd.

The nationwide actions come at a time of dramatic consolidation in the health insurance industry, giving way to monopolies that critics chargereveal the shortcomings of the Affordable Care Act’s for-profit model. Meanwhile, Medicare faces a fresh flurry of attacks from the right, as conservatives call for cuts and privatization, despite the program’s broad popularity.

“Medicare came into existence after years of struggle to provide health access for the elderly in the U.S., and ensures that older folks are not left to the whims of the insurance industry and denied coverage due to ‘high risk,'” said Schwartz.

The coordinated protests also come amid the growing movement for Black lives that is taking on institutional racism—and demanding changes to political and economic systems that consign people of color to early deaths.

In 2010, life expectancy for Black people in America was nearly four years lower than for the White population. A 2013 study finds that Black and Latino people in the United States are far less likely than their white counterparts to have health insurance.

Dr. Claudia Fegan, executive medical director for the Cook County, Illinois Health and Hospitals System and past president of Physicians for a National Health Program, told Common Dreams that efforts to defend Medicare, and fight for universal health care, are critical to the struggle for racial justice.

“One of the most profound but under-appreciated contributions of Medicare to the well-being of our society has been its role in reducing racial disparities in healthcare,” said Fegan. “As soon as it was enacted, Medicare began to close the gap between Black and White Americans aged 65 and older in access to care and in medical outcomes.”

“Similarly, one of the most compelling reasons for establishing an improved Medicare for all today is to fulfill the unfinished task of achieving equality in healthcare,” Fegan continued. “That is, achieving an equitable health system that provides high-quality healthcare to all, regardless of race or socioeconomic status.”

Proponents of universal healthcare say now is a critical time for people to mobilize and demand this fundamental human right.

“Schemes to privatize or erode Medicare would be devastating for many, many people,” said NNU co-president and registered nurse Jean Ross, in a statement released earlier this month. “The best way to protect Medicare is to upgrade it and expand it to cover everyone. It is time for this country to catch up with other nations and implement a universal system of guaranteed healthcare.”

Updates and commentary on Medicare’s 50th anniversary are being posted to Twitter: