With Less Crime, Closed Dutch Prisons Are Instead Being Used To House Refugees

By Brianna Acuesta, www.trueactivist.com
June 27, 2017
| Create!
With Less Crime, Closed Dutch Prisons Are Instead Being Used To House Refugees2017-06-272017-06-27https://popularresistance-uploads.s3.amazonaws.com/uploads/2017/12/popres-shorter.pngPopularResistance.Orghttps://popularresistance-uploads.s3.amazonaws.com/uploads/2017/06/ref2-150x99.jpg200px200px

The living conditions are much better than those in a refugee camp.

It might be hard to imagine a world where prisons actually close because of a reduction in prisoners if you live in the U.S., but in many countries abroad this is not such a rare occasion. In the United States, the existence of private prisons that churn out a profit means that the prison-industrial complex focuses less on helping inmates stay out of trouble and more on how the inmates can benefit prison owners.

In the Netherlands, however, crime has been rapidly decreasing for the last decade and 19 of the nearly 60 prisons have since closed. Some prisons even took in inmates from Belgium and Norway just to keep up their locations. While this may have resulted in a loss of jobs, it means that less people are being incarcerated, which is always a positive in any country. On top of fewer prisoners and less crime, the government in the Netherlands found a way to repurpose the closed prisons: they now house refugees in there. 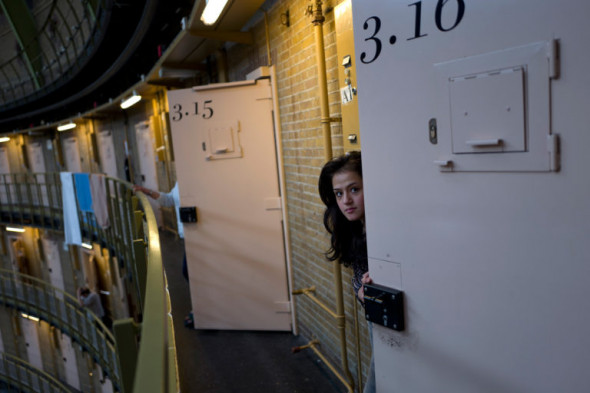 Ever since the Syrian Civil War began in 2011, millions of Syrian citizens have been displaced from their homes and forced to seek refuge in nearby countries. One of those countries is the Netherlands, which has brought in tens of thousands of refugees over the years. With so little space, however, the nation struggled to find locations to place the incoming people. The agency responsible for housing asylum seekers re-opened 12 prisons in order to provide temporary housing while the refugees wait for their paperwork to be processed.

While the refugees aren’t allowed to work in the country, they are encouraged to learn Dutch and build connections with locals in order to become integrated in the community while they wait as long as six months for their asylum to be granted. 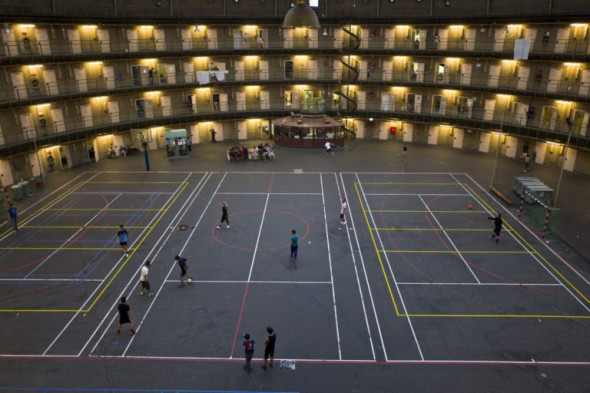 “Their safety is our main priority along with their health and daily needs,” one of the prison directors, Menno Schot, said of the migrants. “The country is new for them so we are their guide in Holland.”

The cells are tight but can reportedly house a family of three or four using bunk beds. Single female refugees are invited to stay in the all-female section of the prison if they choose to. The refugees can come and go as they please, and this living situation is actually very ideal compared to the horrible camps lining other nations that can no longer find space for displaced people. According to AP, the refugees don’t mind the heavy prison doors and likened it to better security, not more oppression. They also said they like the living conditions but mentioned that the food could be better. 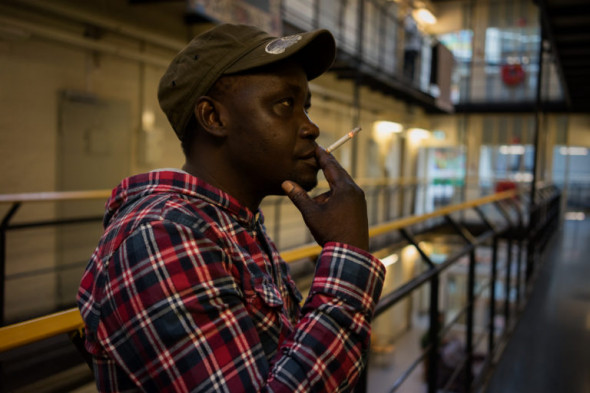 Many refugees have developed a sense of normalcy in their temporary home, even practicing some of their work skills in order to stay sharp. People are able to spend their time however they please, as long as it’s legal and doesn’t hurt anyone. They can do chores, such as their own laundry, which allows them to keep up with cleaning routines that they would normally experience in a home.

“If a country has no prisoners to put in jail,” one refugee said, “it means this is the safest country that I want to be living in.”