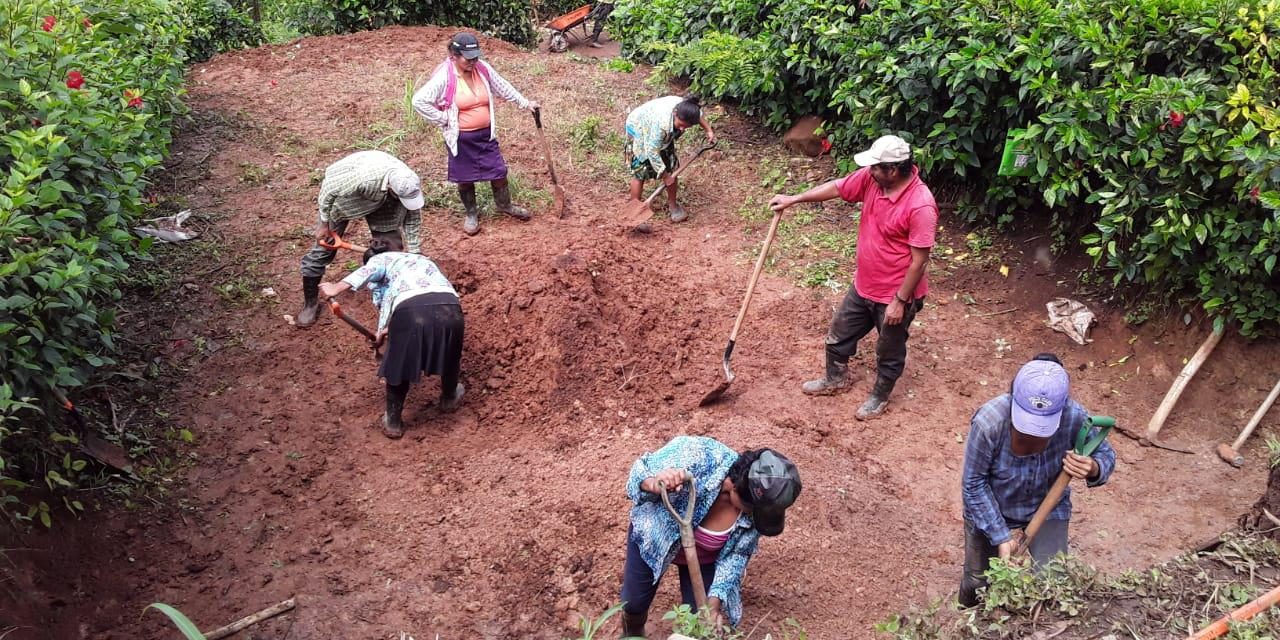 Women In A Housing Cooperative Build Their Own Homes

In Northern Nicaragua A Small Housing Cooperative Is Building Its Own Homes.

Like every other country, Nicaragua needs more affordable housing.

To deal with the shortage, in many places it’s trying out community-based solutions, sharing responsibility between the government, the local authority and the families that need better conditions.

It relies on mutual aid: hours of work put in voluntarily by those benefitting from a scheme, to build not only their own houses but those of their neighbours. It’s a cooperative that really works.

I talked to two women members of one such group, Yadira Aguirre and Margine Martínez, about their work building houses in their small community in La Dalia in the mountainous north of Nicaragua.

They are working women, part of a group whose main earnings come from coffee harvesting on large farms for three months each year. With the money earned, they are investing in new homes.

They get technical assistance via a government programme financed by a Swiss agency, and they get low-cost credit from the government to buy materials.

In this case, land was provided by the municipality because the families were relocated from places susceptible to landslides.

Their group is a formal coop, which itself is a member of a cooperative union. The finished homes will be the coop’s property: they can only be occupied by the families and not resold.

Work started in mid-July, and 18 people are taking part, mainly women. INVUR (Nicaragua’s Institute of Urban and Rural Housing), in agreement with the local mayor, a technical team and the cooperative, evaluated the community’s needs and the sites available.

It was decided that just five sites are suitable as plots for building new homes. The remaining pieces of land are in too difficult a condition and to make them safe would mean costly engineering work.

Yadira and Margine explained that “INVUR’s job was to arrive, measure, check which areas are safe and which are dangerous and what can be done to solve the problems, but if the risky conditions can’t be resolved they say no, it doesn’t go”.

To start the work, the cooperative organised itself into three groups.

The planning group is in charge of keeping a timetable, noting the time when work starts and finishes, and keeping a diary of what happens during the day.

“It is important that the diary is up-to-date so that we record everything that has happened. The diary tells you where each of us was working.”

The second group oversees the work teams in their daily tasks, and the third is the administration group, which makes sure the tools are stored safely, hands them out at the beginning of the day and collects them when work finishes.

Each day the cooperative members meet on one of the plots of land and decide where to work that day, sometimes sharing food, either offered by the family whose house they are building or brought by each of them.

So far they have worked on all five plots of land, building steps where access is difficult, removing heavy stones and flattening the sites ready for building.

One photo shows steps being built to gain access to the plot belonging to one coop member:

“He was discouraged by how much work was needed but now I can tell he’s enthusiastic again. To get to his plot of land we’ve built six steps on the steep slope, 10 or 12 people were working to do it and he quickly brightened up.

I really like the fact that people who started off being doubtful are now saying ‘it’s amazing what I’ve achieved with this group’. So that’s how we’re helping each other”.

In another case the work involved temporarily moving one of the rustic old houses that are built of planks of wood, so that the land could be prepared for the new house. People decide on the designs for the new houses collectively.

One of them said: “I think that our little old house is going to end up being the kitchen, that’s why we have rebuilt it properly and further back so that the new house isn’t affected by the smoke from the kitchen fire. I can already visualise what the new house will look like”.

Mutual aid produces genuine cooperation based on sharing, caring, remembering daily experiences of working together and recognising each person’s contribution to the communal efforts.

“We don’t get paid for this work, but we all put our backs into it because this is where we are going to live. The more we work we do, the more strongly each of us feels for the house we are building, everyone feels attached to what they are creating.

Every fault will be put right because we know how much this has cost us to build. Even the children want to help, but they can’t because they are too young. We can’t have them working while they should be at school.”