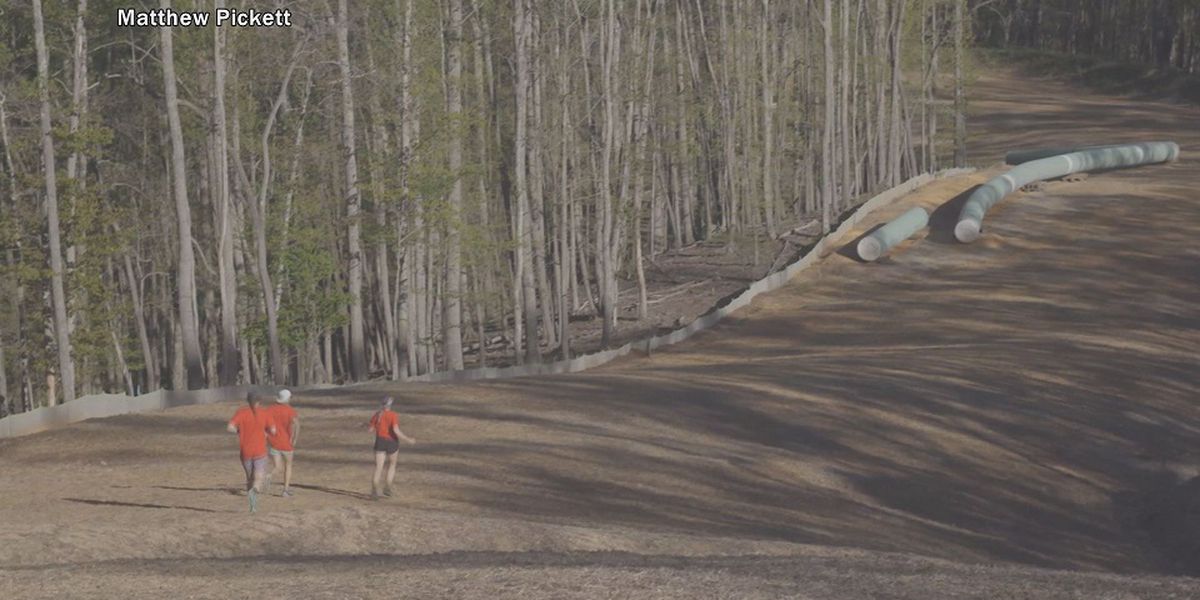 Bent Mountain, VA – The Mountain Valley Pipeline protest community came together Sunday at the Bent Mountain Center to thank and commend three women who are running and cycling alongside the MVP construction path.

MVP protesters held a feast to celebrate the women who are running and cycling 415 miles from West Virginia to Virginia, paralleling the pipeline.

“We’re all runners, so to be able to take something that we enjoy to be able to raise awareness to the issues that are happening, it’s important to us,” MVP protest runner Katie Thompson said.

Sarah Hodder, Merecedes Walters and Thompson started their 10-day relay-style running and cycling journey April 24 and as of Sunday, May 2, have two days left. Their goal is to protest the building of the MVP and help document the community and environmental impact of the pipeline.

“I’m a trail runner, and I feel like it’s my responsibility to speak out against environmental impacts like the pipeline,” MVP protest runner Mercedes Walters said.

Other protesters organized a meal Sunday to thank the women for their efforts.

The goal of their journey is to also raise awareness about the Monacan Indian Nation.

“The runners wanted to acknowledge and honor that almost the entire route of the MVP is on lands that belonged to people who are part historically of the Monacan alliance,” Emily Satterwhite, director of Appalachian Studies at Virginia Tech, said.

The women are raising money to donate to the Monacan Indian National Cultural Foundation.

Walters said, “It is their land, and it was stolen from them and they are continuously persecuted, and it is important they are highlighted and recognized.”

“And that’s kind of been the theme throughout, these people want to be heard, they want their stories told, and it’s been very emotional,” Thompson added.

The runners say they want to thank the community for all of their support and that they couldn’t do this without them.