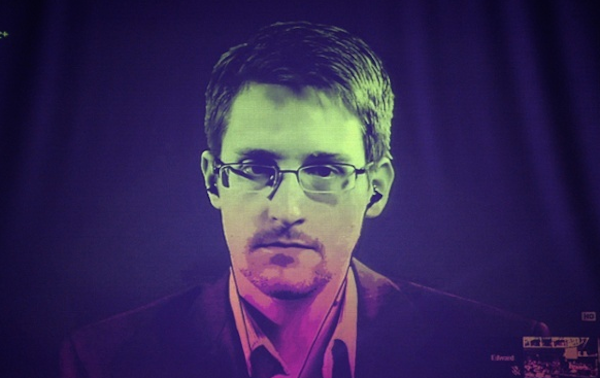 National Security Agency whistleblower Edward Snowden was interviewed on the German television network ARD. What many Americans may be unaware of is that the Edward Snowden interview was intentionally blocked from the US public with none of the major new outlets covering the interview or its contents. YouTube has even taken steps to remove the post as soon as it is reposted.The video got a wide viewing in Europe and it is not only an important interview when it comes to the vast surveillance state that is currently constructed, but is also still future.Snowden explained to German television (oh the irony here is rich) how tyrannical surveillance programs erode human rights and individual liberty and freedom.According to Snowden, his “breaking point” was “seeing Director of National Intelligence, James Clapper, directly lie under oath to Congress” with his denial of the existence of a domestic spying programs in March 2013.Snowden continued, “The public had a right to know aboutthese programs. The public had a right to know that which the government is doing in its name, and that which the government is doing against the public.”One has to wonder about the complicity of the media in blacking out vital information that exposes the criminal activity of the federal government. While many debate whether or not Edward Snowden is a hero or a traitor, Snowden decided to answer for himself.“If I am traitor, who did I betray?” he asked. “I gave all my information to the American public, to American journalists who are reporting on American issues. If they see that as treason, I think people really need to consider who they think they’re working for. The public is supposed to be their boss, not their enemy. Beyond that as far as my personal safety, I’ll never be fully safe until these systems have changed.”Not only has the media been in bed with the Obama administration to attempt to paint Snowden in a bad light, while virtually ignoring the criminal law breaking of the federal government, specifically the Fourth Amendment, but apparently many in government has said they would be more than willing to assassinate Snowden, which is something he feared.Benny Johnson reported:

“In a world where I would not be restricted from killing an American, I personally would go and kill him myself,” a current NSA analyst told BuzzFeed. “A lot of people share this sentiment.”
“I would love to put a bullet in his head,” one Pentagon official, a former special forces officer, said bluntly. “I do not take pleasure in taking another human beings life, having to do it in uniform, but he is single-handedly the greatest traitor in American history.”
…
“His name is cursed every day over here,” a defense contractor told BuzzFeed, speaking from an overseas intelligence collections base. “Most everyone I talk to says he needs to be tried and hung, forget the trial and just hang him.”
One Army intelligence officer even offered BuzzFeed a chillingly detailed fantasy.
“I think if we had the chance, we would end it very quickly,” he said. “Just casually walking on the streets of Moscow, coming back from buying his groceries. Going back to his flat and he is casually poked by a passerby. He thinks nothing of it at the time starts to feel a little woozy and thinks it’s a parasite from the local water. He goes home very innocently and next thing you know he dies in the shower.”

I’d say we have a lot more to fear from a tyrannical federal government than Edward Snowden. It’s an amazing thing when traitors occupy positions of power, while those that simply expose their criminal conduct are said to be guilty of the same.