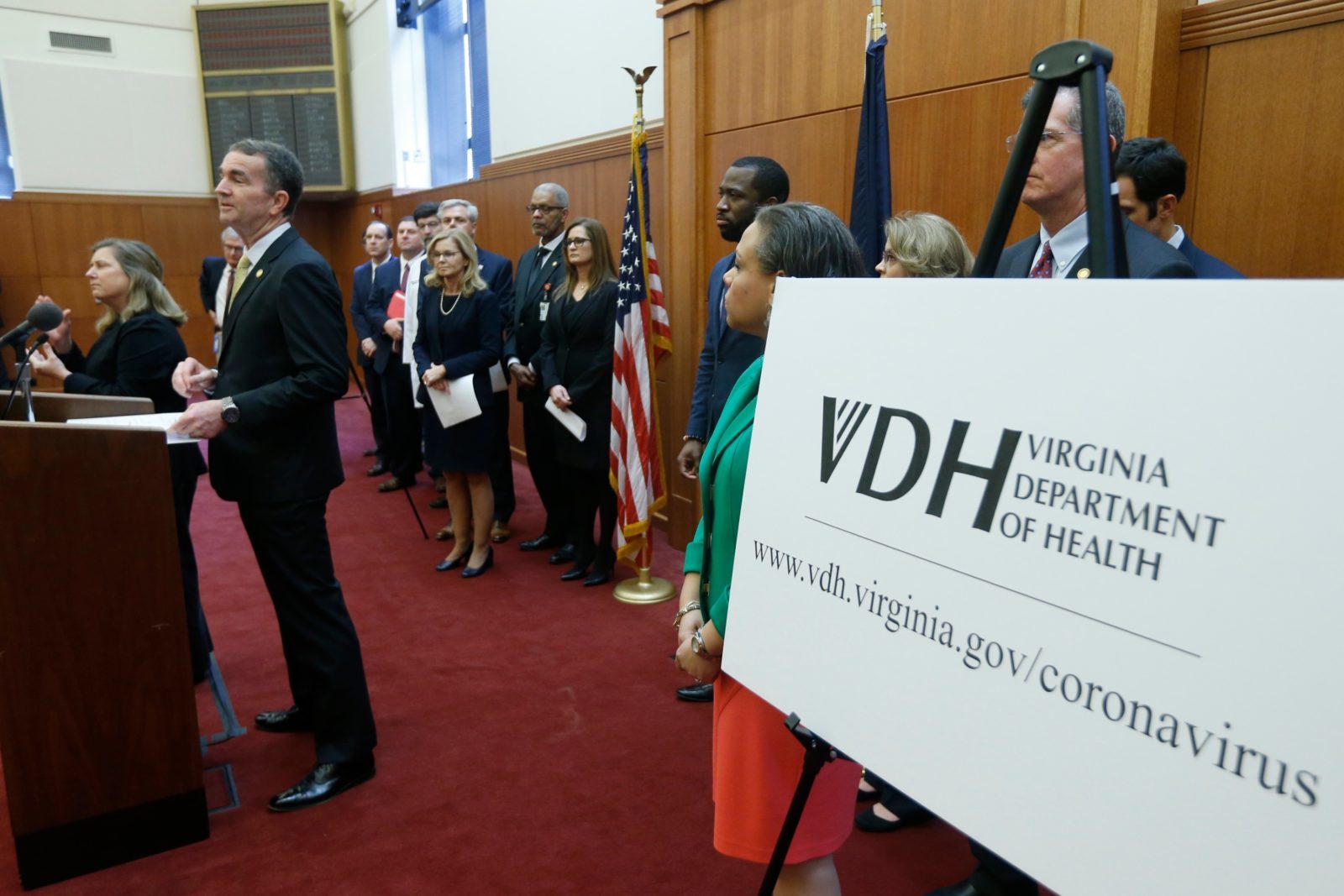 ‘We Will Not Be Guinea Pigs.’

Immigrant advocates, progressive groups and NAACP chapters in Northern Virginia are calling on Gov. Ralph Northam to cancel his plans to partially reopen the state on May 15.

Reopening too soon, advocates say, imperils black and Latinx workers on the front lines. In a remote press conference Thursday, the coalition demanded extensive COVID-19 testing, contact tracing, free medical services, hazard pay, ample personal protective equipment and other protections before workers are called back to their jobs across the state. Their demands are outlined in a new open letter to the governor.

Latinx and black Virginians have been hardest hit by the pandemic in the commonwealth. In Fairfax County, Latinos make up nearly 60% of the jurisdiction’s known cases, but approximately 16% of the population, per Census data. In Richmond, black people compose the vast majority of known COVID-19 deaths, though they represent roughly half the city’s population.

“We will not be guinea pigs,” said Chelsea Higgs Wise of progressive organization Richmond for All during Thursday’s press event.

The call was echoed by Latinx workers who spoke during the conference. Lourdes Rodriguez, an immigrant from Honduras who lives in the Alexandria neighborhood of Chirilagua, said she had deep reservations about returning to her job at Gold’s Gym.

“Of course I want to work, I need to work for my family and my kids. But I’m just concerned we’re not ready to go back,” said Rodriguez, speaking through a translator. “My request is that we have a little bit more time. I wouldn’t want everything that we’ve been doing to be in vain.”

The coalition also condemned new findings —first reported by the Richmond Times-Dispatch — that Virginia has provided misleading data to make testing appear more widespread in the state than it actually is. Northam has touted the numbers as a sign the commonwealth is making progress on testing.

“We’re all facing the greatest public crisis probably of our lifetimes, and we found out that… the governor has been misleading us and manipulating public health data,” said Sean Perryman, president of the Fairfax County NAACP. “This is unconscionable.”

Leaders in Northern Virginia also have pushed back against the governor’s phased-in reopening, saying the D.C. suburbs haven’t met the health criteria to begin loosening restrictions. Northam signed an executive order granting Northern Virginia to delay reopening until May 29.

The Fairfax County NAACP president urged Northam to implement a coordinated reopening plan, not a patchwork across the state. Reopening parts of the state “ignores how people travel and work,” Perryman said.

“A scattered approach is just as much a health risk as a premature reopening anywhere in the commonwealth,” Perryman added.

Lawmakers with Virginia’s Legislative Black Caucus have urged Northam to pump the brakes on his “Forward Virginia” plan, asking the governor to develop an “equity-focused plan” that “clearly addresses disparities for Black Virginians, Virginians of Color and other underserved and vulnerable communities.”

Gov. Northam responded to the VLBC saying he is “absolutely committed” to reopening the state in a way that “protects all Virginians, particularly low-income individuals, essential workers and communities of color.”

As of Thursday, the governor has not announced changes to the state’s phased-in reopening plan.