Announcing his presidency in 2016, Donald Trump promised the nation that he’d become “the greatest job president God ever created.” His plan to accomplish this rested on a retrograde economic vision that would “make America great again,” by restoring waning coal and manufacturing jobs, as well as putting an end to the alleged assault on American work by foreign immigrants and global competition.

A year later, his attempts to realize this vision have largely consisted of backwards motion. In October, he rolled back the Clean Power Plan, arguing that carbon emissions regulations, rather than the widespread shift away from fossil fuels, were responsible for the decline of U.S. coal. While the striking of these environmental protections leaves the door open for corporations to exacerbate climate change, it has done little to uplift the so-called “Rust Belt,” where he garnered so much support. Meanwhile, at the Indiana Carrier plant — where Trump made a dramatic showing of his “deal” to keep manufacturing jobs from moving to Mexico — hundreds of workers have been laid off, including over 200 just last week.

While the struggle for living wages and steady work is a real concern for millions of Americans, these high-profile gestures are emblematic of a persistent, fallacious narrative. It is one that touts an era of bygone American prosperity, which Trump, and those like him, promise can be restored through top-down, reactionary policies. Not only does this telling obscure or scapegoat communities of color — which are often disproportionately affected by the loss of manufacturing work and the suppression of wages — it also erases the agency of the American worker, who is left at the mercy of politicians and corporate executives.

Yet across the country, many of the nation’s most disenfranchised are writing a different story. In dozens of cities, worker-owner cooperatives are establishing new enterprises based on joint decision-making, dignified work conditions and fair pay. Utilizing their existing skills and harnessing new ones, these groups are leveraging their labor on their own terms, with a vision to change their industries and the economic landscape. And in this rising movement, people of color, immigrants and women are leading the way.

There are many reasons why cooperatives are well-suited to these demographics, says Esteban Kelly, executive director of the U.S. Federation of Worker Cooperatives, or USFWC, a nationwide coalition representing over 160 co-ops. “Cooperatives are very appealing for people who have been locked out of the traditional job market, or who tend to get locked in to jobs which have low wages and poor working conditions,” he said. “We are seeing a lot of momentum in the service sectors, like child care and elderly care, early education, hospice, and other labor-intensive, low-wage jobs — and these tend to be comprised of many people of color, indigenous people, immigrants and women.” 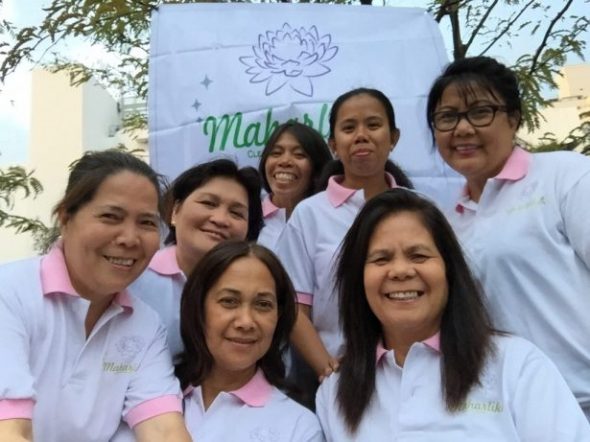 Maru Bautista, director of cooperative development at the Center for Family Life in Brooklyn, New York, says she’s seen cooperatives bring a path out of poverty and exploitation for many in her community. “In our community, there are lots of people who couldn’t find work the traditional way — due to lack of formal education, a mismatch of skills or a language barrier.”

The worker-owner model, by contrast, allows these individuals to leverage their strengths and draw on their community. “For some of them, it’s the first time they’ve ever had a chance to have agency in their work, their schedules, their pay,” explained Bautista. The center began incubating cooperatives in 2006, offering training, counsel and small grants. Since then, the center has fostered 18 co-ops throughout New York City in services like home cleaning, pet care, and repair-work.

According to USFWC data, the average hourly wage in a worker co-op is $16.54, with an average of 31 hours per week. And while competing in the mainstream economy means these companies aren’t able to raise wages significantly above the market rate, Kelly says the cooperative model offers many other benefits to members. Joint decision-making lends more dignity to the workplace, “and many cooperatives have better benefits or offer more in the way of training and career development.”

For Bautista, every step of cooperative-building offers a chance for political training, too. “Everything we do is rooted in social justice,” she explained. “We not only teach workers how to plan and execute a business, but we also teach them about the ways capitalist systems are at work out there, so they don’t replicate the same oppression. We ask them, what kind of world do you want to see? And then we help them build that.”

These things take time, Bautista admits. “If someone needs to get food on the table tomorrow, starting a co-op may not be the answer. But when people are able to commit, many of them find it to be very rewarding.” 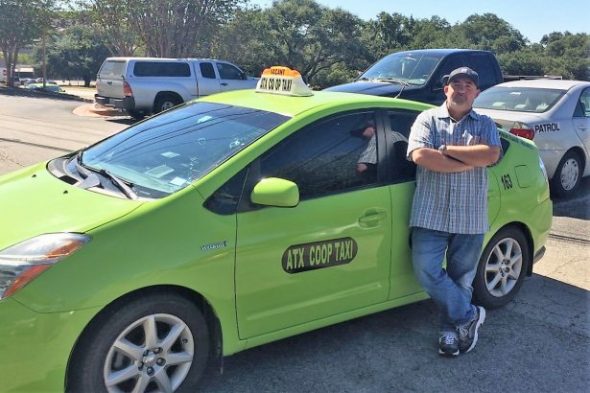 On the demand side, the co-op movement dovetails well with emerging trends, including the “gig” economy and efforts by many communities to buy local. Conscious consumers often gravitate towards businesses that are owned and operated by their neighbors, and doing so has tangible benefits for the community. By circulating revenue back into their local community, Kelly says that co-ops are a great way to “anchor” wealth in local economies. Cooperatives often encourage a more “humane” buying experience, Kelly adds, as they tend to be smaller in size — the median number is nine members per co-op.

Cooperatives can support and also protect vulnerable communities at risk of being displaced by the forces of gentrification. In Florida, for example, immigrant business owners are using the cooperative model to solidify enterprises in their communities by selling their companies to their employees. This disperses the responsibility as well as the profits for the business, granting stable work to a greater number of members and reducing the risk that the business will close if the original owner must relocate.

The worker-owner movement is still relatively small — estimates range between 200 and 300 such cooperatives operate nationwide — but a growing number of cities, counties and states are beginning to look at cooperatives more seriously. Some have taken active steps to support worker-owners through funding and legislation, as in New York City, which has spent $8 million on worker-owned enterprises in the last five years. In 2016, the city instituted the worker-owner leadership council NOW NYC. The city of Philadelphia added worker cooperatives as a line item on their 2018 budget, while cities as diverse as Madison, Cleveland, Oakland and Jackson have all passed progressive policies to support co-ops.

Kelly credits these heartening trends in large part to the years of hard work put in by co-op advocates who have lobbied their case to local and national legislators. Yet the cause is much more than a “special interest” debate, say many advocates — there is a viable case to be made for the economic power of worker-ownership. According to a 2015 study, cooperatives produced roughly $395 million a year, and that number is almost certainly higher now. 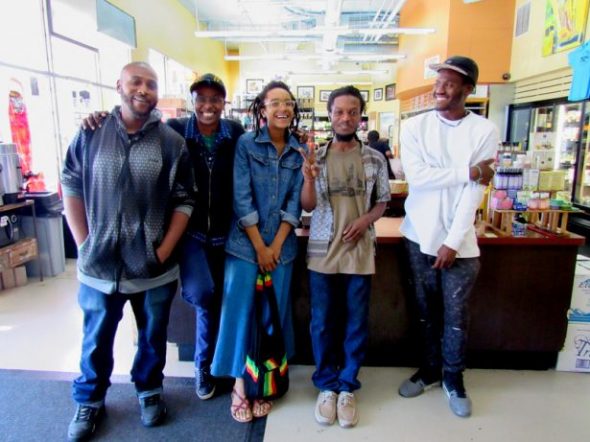 “The field of worker co-op development is just beginning to create the infrastructure and knowledge base needed to increase its scale and impact,” wrote Hilary Abell in “Worker Cooperatives: Pathways to Scale,” an extensive report for the Democracy Collaborative, a research and advocacy institute dedicated to progressive economics.

A primary barrier to this expansion, Abell writes, is difficulty in accessing capital. Many mainstream banks are wary of lending to cooperatives, she says, and co-op members often lack the capital to finance themselves. However, there are alternatives to traditional banks, including Community Development Financial Institutions, such as the Local Enterprise Assistance Fund, which focus on supporting cooperatives. In fact, some of these creditors report being underutilized, indicating a disconnect between the needs and know-how of cooperatives. “Small co-ops that need outside funding may be able to find it if they have sound business plans,” Abell concluded.

Such sound business planning may not come naturally to all would-be worker-owners. “Not surprisingly, many of the people who are forming co-ops don’t have a background in business and finance — and in the case of communities of color, women, indigenous peoples, immigrants, et cetera, there are a lot of systemic reasons for this,” Kelly said. “So we work really hard to offer training in these things, including webinars, seminars, informational packets, and even some direct hand-holding to help them get on their feet.”

Many other co-ops are taking advantage of technical training offered by USFWC and other organizations to plug their businesses into the online market, says Ana Martina, who serves as membership director of USFWC and supervises much of the organization’s technical programming. “It’s really important to give co-ops the tools to market themselves online,” she said. “This allows them to compete and connects them with clients beyond their own social circles.” In developing their online presence, many are turning to worker-owned and open-source platforms. “Tech is definitely a fast-growing aspect of the co-op movement,” Martina added.

In New York, the Center for Family Life has used online platforms to boost local home-cleaning cooperatives through Up & Go, a cooperative web-based application that connects worker-owners to clients. “Getting our workers plugged in to tech is so crucial, as people are changing the way they find services,” Bautista said. “A lot of our co-ops don’t have a lot of capital for marketing, so we created this open platform where anyone who becomes a member can use this site to promote their business. This has built community among individual co-ops, and it makes co-ops a stronger competitor in the mainstream market.”

Looking ahead, advocates like Kelly hope the recent trend of steady growth continues. He points to other economies where co-ops play an influential role — in Argentina, there are over 6,000 co-ops, while the number in Spain and Italy exceeds 18,000 and 25,000, respectively. Yet the United States presents a unique set of challenges, perhaps most notably the wide disparities in regulations between various state and local governments. Coop advocates are also watching to see what effects the new tax bill may have. “We often find ourselves in a weird place, caught between tax laws that affect individuals — our worker-owners — and tax laws applying to corporations. We have to be vigilant,” Kelly said.

There is, however, a growing body of research on how to move the U.S. co-op economy towards scale, and with the growing support of state and local governments, there are plenty of reasons to be hopeful. Researchers at the Democracy at Work Institute, or DWI, also tout the opportunity for cooperatives to “influence the larger economy,” arguing that they could “change the debate by changing the conditions of work itself and how we distribute the fruits of our labor.”

In addition to starting new co-ops, many advocates point to “conversions” as an even quicker path to expanding the movement: DWI estimates roughly seven million businesses owned by baby boomers will be sold in the next several years, with a projected $10 trillion changing hands by 2025. These already-established businesses offer a fast-track to worker-coops; they can be purchased and “flipped” to a cooperative model, saving the time, effort and capital needed to incubate a business from scratch.

For Bautista, the cooperative movement is only just beginning to reveal its potential. After nearly a decade of building locally owned-and-operated collaboratives, she says the accumulation of skills, awareness and technical know-how among her clients is paying off. “We are constantly looking for new ways to empower workers, and they are finding lots of inspiration from each other,” she said. “It’s exciting to watch. And we’re hopeful this will just get bigger and bigger.”