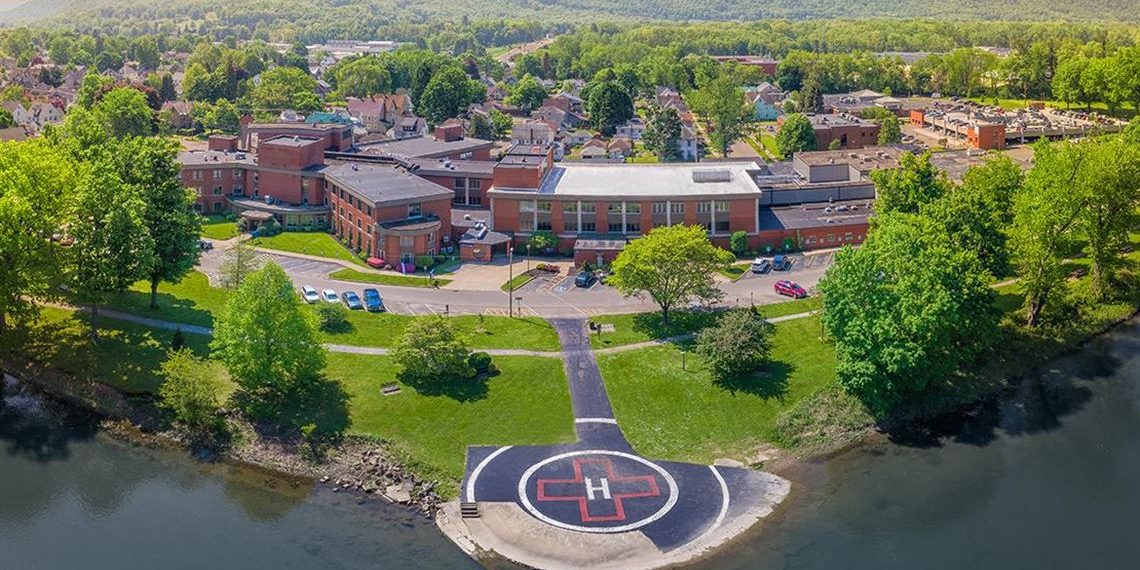 The 114 nurses and health care workers, who are members of the Pennsylvania Association of Staff Nurses and Allied Professionals, issued a 10-day strike notice at the 87-bed hospital — the only acute care facility in the county.

The labor agreement with workers expired in September, and negotiations were scheduled to continue Monday, hospital CEO Rick Allen said.

The hospital has offered pay increases of 4.2% to over 16%, plus enhanced contributions to employees’ 403(b) retirement plan to 7.12%, Mr. Allen said.

Maureen May, president of Pennsylvania Association of Staff Nurses and Allied Professionals, said the stumbling block in talks was inadequate staffing. In the fall, an independent review by the Leapfrog Group found the hospital deficient in number of nurses needed to care for patients, according to the union.

“It’s well past time for Warren General management to show some leadership — to do the right thing for their patients and their staff,” registered nurse Rose Colucci said in a prepared statement. “I hope the strike notice is a wake-up call for them.”

The strike vote at Warren General comes as organized labor nationally has been re-energized by a tight labor market where job openings far outpace the number of available workers — especially in health care. But labor problems at Warren General could hardly come at a worse time for the community.

Hospitals in Pennsylvania have reported a surge in COVID-19 cases in recent weeks, and smaller hospitals in rural areas have been less able to absorb the new wave, which is caused by the coronavirus’s delta variant. The more contagious omicron variant hasn’t yet been identified in rural Pennsylvania.

Warren General is at capacity, with no open beds in a county of 39,191 residents. Moreover, 46.8% of tests for COVID-19 in Warren County — or nearly one of every two — are coming back positive, and less than half the population is vaccinated against COVID-19, according to the Centers for Disease Control and Prevention.

Pennsylvania’s COVID-19 vaccination rate is 68.5%, according to the CDC, with a testing positivity rate ranging between 10% and 15%.

Community hospitals in nearby counties are also at capacity, Mr. Allen said. Another bottleneck for Warren General patients has been nursing homes, some of which have closed admissions due to staffing problems.

The closest hospitals accepting patients are in Erie, an hour’s drive away, Mr. Allen said.

“We’re getting clobbered,” he said. “It’s really a perfect storm of issues.”

Increased patient volume is also being felt in rural Blair County southeast of Warren, where emergency room wait times at UPMC Altoona Hospital have reached 24 hours — with some patients waiting more than 50 hours to be seen, according to SEIU Healthcare Pennsylvania, a labor union representing nurses.

SEIU is planning to protest hospital staffing problems at the Altoona hospital at a demonstration on Wednesday outside UPMC’s Downtown Pittsburgh headquarters on Grant Street.

“High inpatient volumes create delays to start care and lengths of stay during care to grow,” Dr. Yealy said in a statement. “This creates a clog in the system, which results in backups often felt most in the emergency department. This increase in demand impacts every aspect of the hospital.”

In 2018, Warren General, Highmark Health, Lake Erie College of Osteopathic Medicine and AHN signed an affiliation agreement that would bring new doctors and technology to Warren.

Double-digit COVID-19 testing positivity and low vaccination rates have also been reported in nearby McKean and Potter counties, where hospital beds were scarce Monday. McKean County had just five medical/surgical and four intensive care units available for a population of 40,000; Potter had 17 medical/surgical and four ICU beds for a population of 17,000.

In May, financially troubled Bradford Regional Medical Center in McKean County reduced its bed count to 10 from 107, leaving 30-bed UPMC Kane Hospital in Kane Borough as the county’s only full-service hospital. UPMC Kane has five ICU beds, four of which were open on Monday.

Mr. Allen said he was hopeful about the contract talks scheduled for Monday, but the hospital had also made contingency plans in case of a walkout Dec. 22.