Workers in California are taking economic change into their own hands. The Arizmendi Association of Cooperatives is one of the shining examples of how shared ownership empowers workers and builds community. For the past 20 years, the association, comprised of six bakeries, has been innovating the way business is done. What’s its recipe for success? It turns out that it is more than just tasty treats: Each bakery is democratically-owned and governed by its workers.

A worker-owned cooperative is a business in which each employee owns one equal part of the company. They share the profits in the good times, and they share the burdens in the hard times. Worker co-ops can have anywhere from three members to thousands, and they have varying pay scales and job structures. 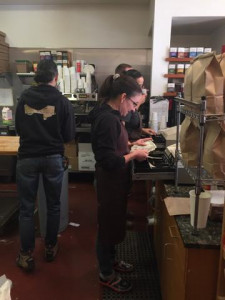 I work at the TESA Collective (The Toolbox for Education and Social Action), which creates resources for the cooperative movement and other social justice causes, like Rise Up: The Game of People & Power and Co-opoly: The Game of Cooperatives. TESA currently has five workers, an equitably structured pay scale, and horizontal governance. Cooperative Home Care Associates (CHCA) in New York City has over one thousand worker-owners, and a more traditional structure with a board and a company president.

Yet at the same time, there’s nothing traditional about the organization: At CHCA, it’s the workers who elect the board members, not outside shareholders. On a smaller scale, the Arizmendi Association operates with equalized pay for all workers and has about 175 worker owners. (For a more detailed explanation and experiences from people who’ve started co-ops, watch this short, free, online documentary that TESA helped make.)

In addition to Arizmendi’s six bakeries, they also have “a development and support collective” that helps their existing bakeries while also launching new ones. Through this collective, all members share accounting, legal, educational, and support service responsibilities, as well as contribute to the development of new cooperatives in their association. 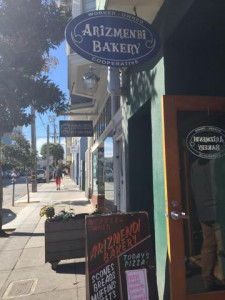 Arizmendi 9th Avenue opened in 1999, at the height of the dotcom boom, predecessor to the tech boom. As with many booms, gentrification at its epicenter has followed. In San Francisco alone, the median price for a two-bedroom apartment is up to $4,700. Across the Bay in Oakland, where Uber is plopping its new primary office, Arizmendi has to say goodbye to theirs. After two decades, they can’t afford rising rents and have had to relocate to another location. Still, Arizmendi continues to grow overall.

“It’s interesting,” says Amy Happ, who has been a worker-owner at Arizmendi for sixteen years. “Before the financial collapse people said things like, ‘Oh. You’re just a baker.’ But when we’re going through a recession, people are amazed by our stability.”

Retention in the restaurant industry is typically challenging. Workers often can’t move up to a place of financial stability and therefore have to change jobs in order to climb the ladder and improve their position. Most restaurants also don’t make it past the first few years, and most that do don’t pay living wages.

“Many food businesses don’t last as long as our worker owners stay with us,” says Tim Huet, who helped found the Arizmendi Association in 1996.

At Arizmendi, things are run differently than a traditional restaurant model. Instead of a single head baker, all the worker-owners put in hours for baking, but they also spend time on various committees that run the shop. What’s more is that they make sure to innovate, from how their business is run all the way to their products.

“We continue to step out of our comfort zone,” says Sue Lopez, a founding owner. “Once we’re feeling restless, we know that there’s always room for new processes or recipes.”

“Here we have people who approach the bakery with craft. If they come up with innovative things, they share,” Huet says. “It’s not a race to the top.”

“Our coworker Edhi is really talented,” says Heather Farnham, worker-owner at Arizmendi for 12 years. “He developed our sourdough croissant that we sell out of almost every day. There’s an old time French baker in the neighborhood . . . The baker wanted to recruit Edhi, but he wasn’t interested. I’m proud that people like him value this work, and actively choose to stay here.” 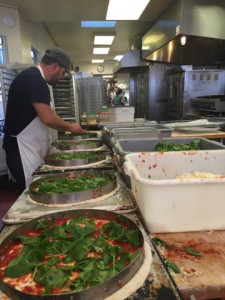 Building a Stronger Business Model, Together

In addition to sharing their successes, workers handle stress together too. “The floor of our refrigerator was falling through, so people took on the responsibility of researching, getting a bid, and overseeing that the job got done,” Farnham says.

In many traditional work settings, workers might be encouraged to share ideas, but if those turn out to be profitable ideas, they aren’t usually the ones who reap the rewards. That’s different in a worker co-op, where the workers share the wealth that they create.

“We get a lot of worker owners who say this is the first time they’ve been asked their opinion,” Huet says.

But the advantages to worker-ownership aren’t just financial.

“Our conflict resolution training benefits workers,” Huet says. “It also might influence how they communicate with their kids at home, or with other people in their community.”

“Peer pressure can actually be healthy,” Lopez says. “We genuinely care what we think about each other, and we care what people in our community think about us.”

The Perks of Shared Ownership

“For me, I knew how much capital it actually takes to start a food business. I went to a training knowing that this was a great investment,” Lopez says.

Once someone joins a worker co-op, they must buy a share of the business. However, most co-ops allow new members to pay for these buy-ins over long stretches of time. And now that Arizmendi bakers have perfected their craft after twenty years, are any of them thinking about striking out on their own?

“I tried to start my own business but decided that the quality of life at Arizmendi was much better,” Lopez says. “It wasn’t worth the risks to do it alone.”