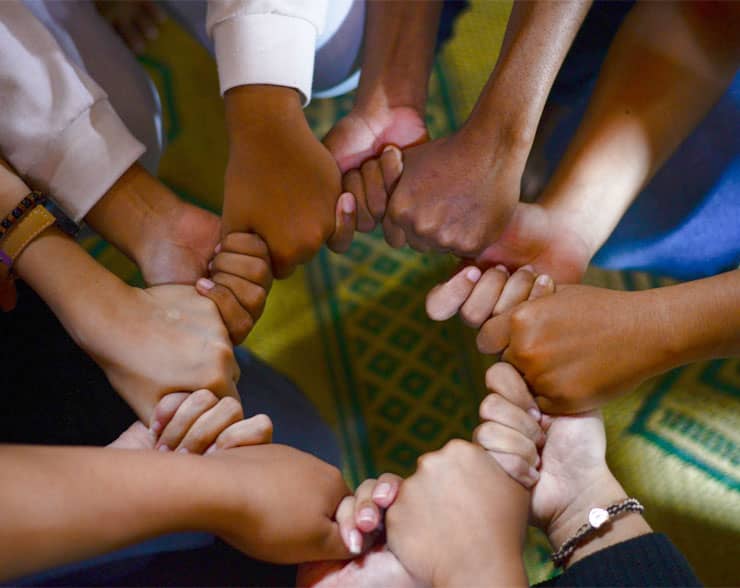 19 August was designated in memory of the 19 August 2003 bombing of the UN office building in Baghdad, Iraq in which Sergio Vieira de Mello, UN High Commissioner for Human Rights and at the time Special Representative of the UN Secretary General was killed along with 21 UN staff members. Over 200 UN employees were injured. The exact circumstances of the attack are not known, and why USA and UN security around the building was not tighter is still not clear. A truck with explosives was able to dive next to the building and then blew itself up.

Sergio de Mellow had spent his UN career in humanitarian efforts, often with the Office of the High Commissioner for Refugees and at other  times as Special Representative of the UN Secretary General. As an NGO representative to the UN in Geneva and active on human rights issues, I knew him during his short 2002-2003 tenure as High Commissioner for Human Rights. Many of us had high hopes that his dynamism, relative youth (he was 54) and wide experience in conflict resolution efforts would provide new possibilities for human rights efforts. His death along with the death of others who had been Geneva-based was a stark reminder of the risks that exist for all engaged in humanitarian and conflict resolution work.

This year the risks and dangers are not just memories but are daily news. On 3 May 2016, the UN Security Council unanimously adopted Resolution 2286 calling for greater protection for health care institutions and personnel in light of recent attacks against hospitals and clinics in Syria, Iraq, Yemen, South Sudan, Democratic Republic of Congo, and Afghanistan.  These attacks on medical facilities are too frequent to be considered “collateral damage.” The attacks indicate a dangerous trend of non-compliance with world law by both State and non- State agents.  The protection of medical personnel and the  treatment of all the wounded − both allies and enemies − goes back to the start of humanitarian law.

The Association of World Citizens has stressed the need for accountability, including by investigation of alleged violations of the laws of war.  The grave violations by the Islamic State (ISIS) must be protested by as wide a coalition of concerned voices as possible. There is a real danger that as ISIS disintegrates and no longer controls as much territory, it will increase terrorist actions.

The laws of war, now more often called humanitarian law, have two wings, one dealing with the treatment of medical personnel in armed conflict situations, the military wounded, prisoners of war, and the protection of civilians. This wing is represented by the Geneva (Red Cross) Conventions. The second wing, often called The Hague Conventions limit or ban outright the use of certain categories of weapons. These  efforts began at The Hague with the 1900 peace conferences and have continued even if the more recent limitations on land mines, cluster weapons and chemical weapons have been negotiated elsewhere.

The ban on the use of weapons are binding only on States which have ratified the convention. Thus the current use of USA-made cluster weapons in Yemen by the Saudi Arabia-led coalition is, in a narrow sense, legal as the USA, Saudi Arabia and Yemen have not signed the cluster weapon ban. The Association of World Citizens was one of the NGOs leading the campaign against cluster weapons. My position is that when a large number of States ratify a convention (which is the case for the cluster-weapons ban) then the convention becomes world law and so must be followed by all States and non-State actors even if they have not signed or ratified the convention. The same holds true for the use of land mines currently being widely used by ISIS in Syria and Iraq.

The current situation concerning refugees and internally-displaced persons can also be considered as part of humanitarian law.  Thus those working with refugees and the displaced within their country are also to be honored by the World Humanitarian Day.  To prevent and alleviate human suffering, to protect life and health and to ensure respect for the human person − these are the core values of humanitarian law.

There needs to be a wide public outcry in the defense of humanitarian law so that violations can be reduced. The time for action is now.