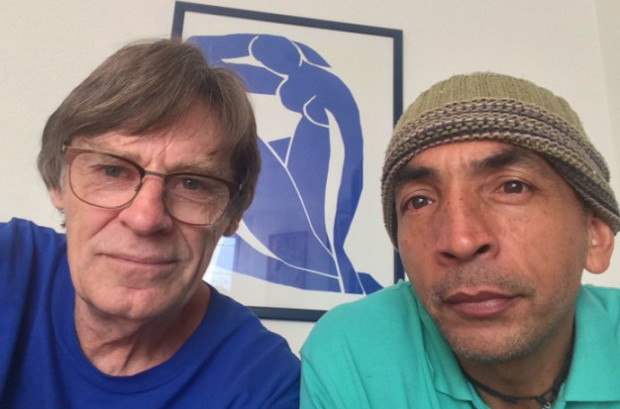 World Premiere: In The Shadow Of The Revolution

Caracas Chronicles is proud to be the venue chosen by long-time friend and much-appreciated copy-editor Clifton Ross, and his colleague J.Arturo Albarrán, to premiere their latest film project, In the Shadow of the Revolution. The authors hope this timely work will challenge the Bolivarian government’s narrative about itself and the opposition through interviews with Left social movement activists, journalists, academics and intellectuals.

Through this latest collaboration, Albarrán and Ross hope to reach an international public that has been subject to a bombardment of propaganda from the Bolivarian government. You’d be surprised how many people still buy into chavismo propaganda, and the narrative in which a popular, Left-wing government that brought great benefits to a nation is under attack by imperialists and a right-wing “fascist” opposition.

The film disputes that line and offers a much-needed alternative view from the perspective of social movements and a democratic left. That this narrative comes in the voice of the very supporters that chavismo claimed to champion, now disillusioned and oppressed, is what really lends this film its powerful authenticity. The candid stories and provocative testimonies presented throughout paint a dramatically different picture of Venezuela, one that helps explain the current rebellion against a corrupt, inefficient and right-wing authoritarian government that has created a catastrophe in the country and brought it to the brink of civil war.

The writer-directors have a decade-long history of collaborations on smaller projects but this is their first feature film. Albarrán studied, and now teaches, film studies at the University of the Andes in Mérida, Venezuela. A former chavista, Arturo worked for a number of years at the Ministry of Land and Agriculture (MAT) where he organized agroecology projects with campesinos and made films on campesino life in Venezuela’s paramo. Ross is a Berkeley, California-based writer who has reported on Venezuela since 2004, first as a supporter, then as a critic of chavismo. He participated in the Second World Poetry Festival of Venezuela in 2005 and lived in Mérida through the following year. His political memoir, Home from the Dark Side of Utopia (AK Press, 2016), details his disillusionment with Chavismo.