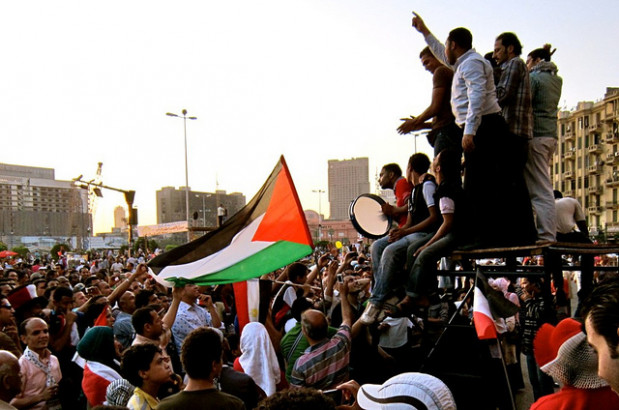 RAMALLAH, October 24, 2017 (WAFA) – As Britain prepares to celebrate the centennial of the infamous Balfour Declaration, which Palestinians say was the cause of their Nakba or catastrophe, protests are being planned in the Palestinian territory and around the world, according to officials.

Speaking at a press conference in Ramallah on this occasion, Palestinian officials said the main protest rally is going to be held in Ramallah city center on November 2, marking the date when former British Foreign Secretary Arthur Balfour has promised Jews a homeland in Palestine in 1917.

The goal of these protests “is to send a message to the British government to apologize to the Palestinian people for the Balfour declaration and to compensate them,” said Nabil Shaath, an advisor to President Mahmoud Abbas on international affairs.

However, he said, instead of apologizing, Britain is going to hold celebrations marking this occasion.

He called on Britain to recognize Palestine on the 1967 borders with East Jerusalem as its capital as one way to say sorry to the Palestinian people for what he described as its “crime” against them.

Mustafa Barghouti, head of the Palestinian National Initiative and a lawmaker, said at the same press conference that the Balfour declaration “has established the basis for the apartheid system” in Israel.

He said the declaration was not made for concern for Jews around the world, rather more so for colonial reasons.

“The declaration has created instability in the Middle East, which has been going on for 100 years,” he said, and it has caused more damage to Jews than helped them “because it put them in direct confrontation with the Palestinian and Arab people and with humanity.”

Barghouti said Britain should apologize, cancel the planned celebrations, which he said “are adding insult to injury” to the Palestinians, and recognize Palestine.

Meanwhile, the Ministry of Education is encouraging school students in the West Bank and Gaza to write letters to the British government to tell officials how they feel about the declaration and how it has impacted their life. The students are expected to write 100,000 letters that will be handed over to the British Consul General in Jerusalem on Nov. 2.