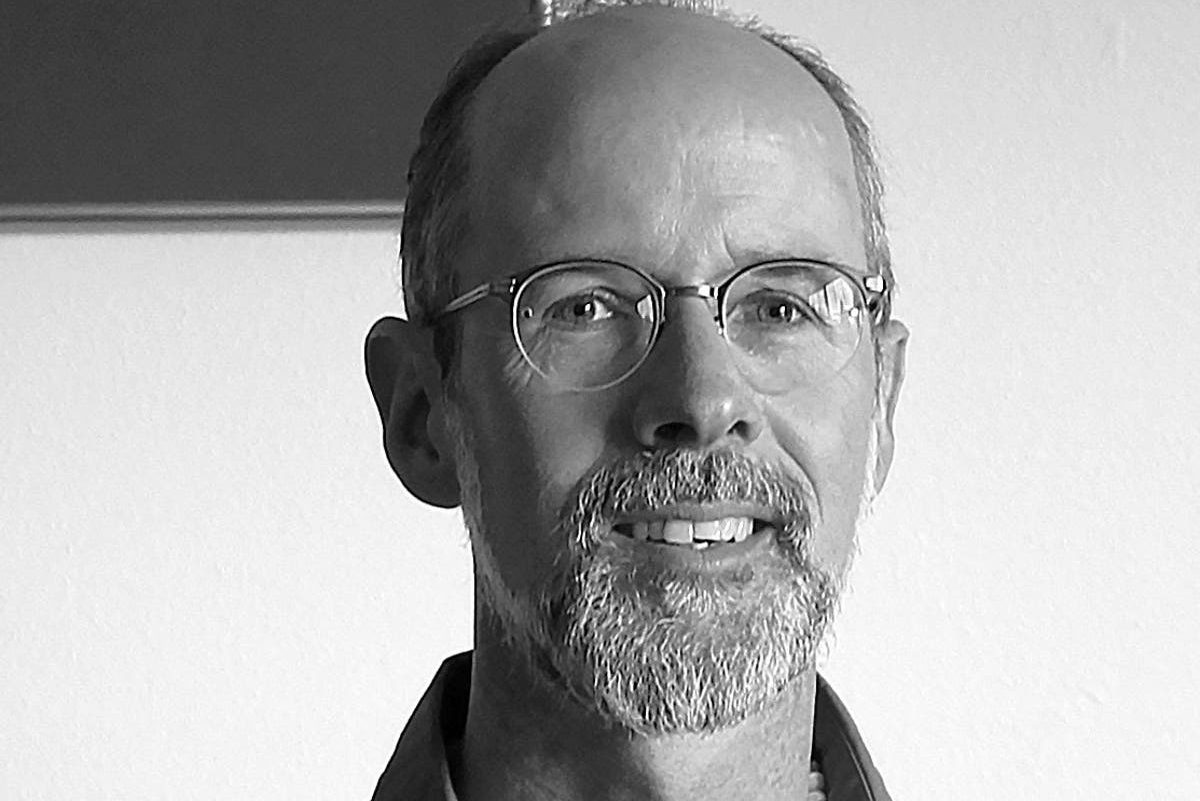 Outside Supreme Court On Earth Day.

A climate activist has died 24 hours after setting himself on fire on the steps of the Supreme Court on Earth Day.

Colorado photojournalist Wynn Alan Bruce, 50, suffered critical injuries in the incident at 6.30pm Friday on a plaza in front of the court. He was airlifted to hospital, where he died Saturday.

Capitol Police, Supreme Court police, and DC police all responded to the incident.

“A medical helicopter just landed near the Capitol for a medical emergency. This is not a public safety issue,” Capitol Police tweeted.

Mr Bruce ran a portrait photo studio in Boulder, and his social media account was filled with posts about the environment and Buddhism.

He also left a cryptic post on his Facebook page with a fire emoji and the date of his death 4/22/2022. The post appears to have been edited a few days before his death.

Dr K. Kritee, a Buddhist priest from Boulder, wrote on Twitter that Mr Bruce had been planning to self-immolate for at least a year.

“This guy was my friend. He meditated with our sangha,” she said.

“This act is not suicide. This is a deeply fearless act of compassion to bring attention to climate crisis. We are piecing together info but he had been planning it for atleast one year. #wynnbruce I am so moved.”

Dr Kritee also shared a quote from Buddhist monk Thích Nhất Hạnh referring to the practice of Vietnamese setting themselves on fire in protest at the Vietnam War in the 1960s.

“To express will by burning oneself, therefore, is not to commit an act of destruction but to perform an act of construction, that it, to suffer and die for the sake of one’s people,” the message read.

Dr Kritee did not immediately respond to a request for comment.

Mr Bruce appeared to belong to the Shambala, a Buddhist organisation based in Boulder and frequently shared quotes from Buddhist teachers like Chögyam Trungpa. 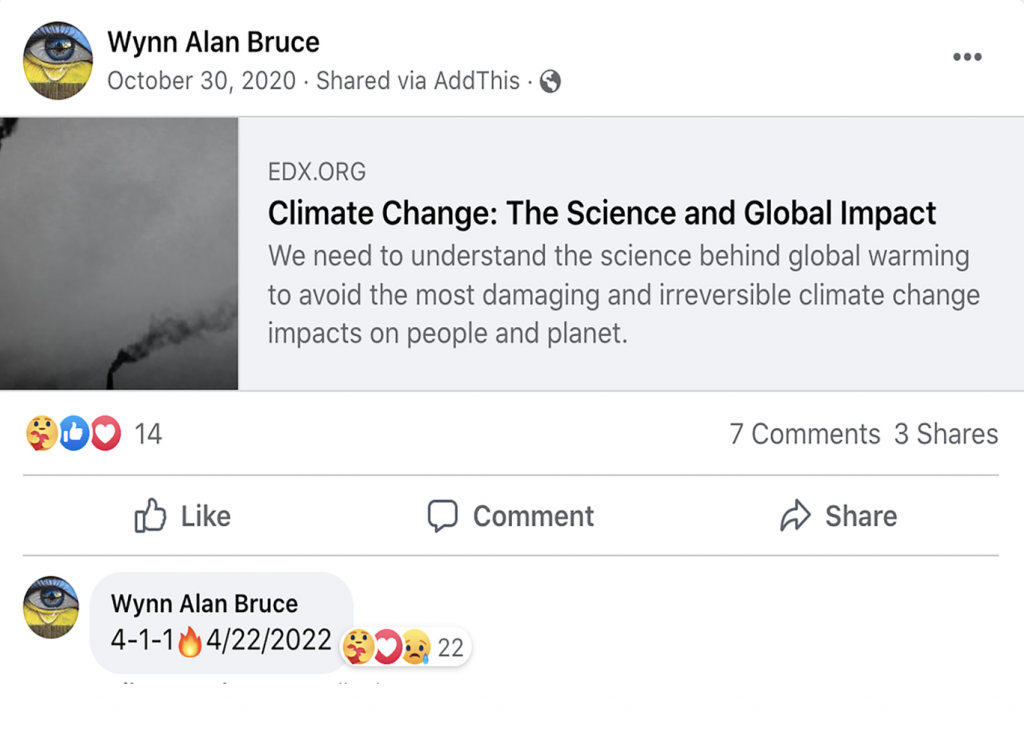 His final post from 28 March reads: “This is not humor. IT is all about breathing,” followed by: “Clean air matters.”

Fellow environmental activists are understood to be planning a vigil for Mr Bruce later this week.

Mr Bruce’s Facebook page was inundated with messages from friends and activists offering their condolences.

Danielle Gager wrote: “Thank you for the act of compassion you bravely did. I’m sorry you aren’t here now. But what you did for the world took so much to do.”

“I meditated and danced with Wynn for many years and saw him as a kind and compassionate man. I don’t know his motive, but my take is that as activists, we have to be careful not to sacrifice ourselves for the cause.”

Others were critical of what they claimed were Mr Bruce’s “misguided view of climate change”.

In 2018, climate activist David Buckel, 60, died by self-immolation in Prospect Park in Brooklyn in protest at the use of fossil fuels.

Mr Buckel had been a prominent civil rights lawyer and LGBTQ activist and ran the marriage-equality project at Lambda Legal.

His death was believed to be one of the first acts of self-immolation since the 1960s, when Vietnam War activists set themselves on fire in protest.