Yes, The U.S. Unemployment Rate Is Low, But So Is The Job Quality Index

Above Photo: From  Occupy.com

The Bureau of Labor Statistics’ November jobs report released on Dec. 6 showed a 50-year low unemployment rate of 3.5 percent, with 266,000 jobs added. This signals a strong economy. But another recent report, from the Coalition for a Prosperous America, shows that while the quantity of jobs has increased since the Great Recession, the quality of jobs has decreased.

The November federal jobs report shows the health care sector leading the way with the number of jobs added, followed by manufacturing and hospitality. Nevertheless, wage growth actually dipped by a tenth of a percent, and wage growth has slowed this year compared to last year.

Not only that, labor force participation has declined, and 20 percent of people unemployed have been unemployed for six months or more.

To get a more complete picture of overall economic health, CPA along with Cornell University, the University of Missouri and the Global Institute for Sustainable Prosperity, researched the quality of jobs since 1990. Their report shows that job quality has deteriorated over the last three decades. The decline parallels the decline in unemployment since 2006.

“The path of economic growth the U.S. has opted for since around 1980, and accelerating after 2000, has produced widespread underemployment, deteriorating job quality, and slower economic growth,” said CPA Chief Economist Jeff Ferry.

“The new index captures this phenomenon and points the way to new, superior measures of the U.S. employment market. This has important implications for growth strategies and labor market policies, and can also help us better understand voter decisions,”

CPA’s report defines quality based on number hours of work combined with hourly rate. Below the mean level for production and non-supervisory employees (sometimes referred to as ordinary workers) is considered low quality. Significantly, the gap between low-quality and high-quality jobs has increased with more low-quality jobs created over the last three decades than high-quality jobs.

Further exacerbating the divide is the gap in earnings between the two groups, which has also widened over the last three decades. According to the report, the result is due to more workers working fewer hours combined with more potential workers sitting out of the labor force – since many view the jobs being offered as not financially sufficient to change their lives. 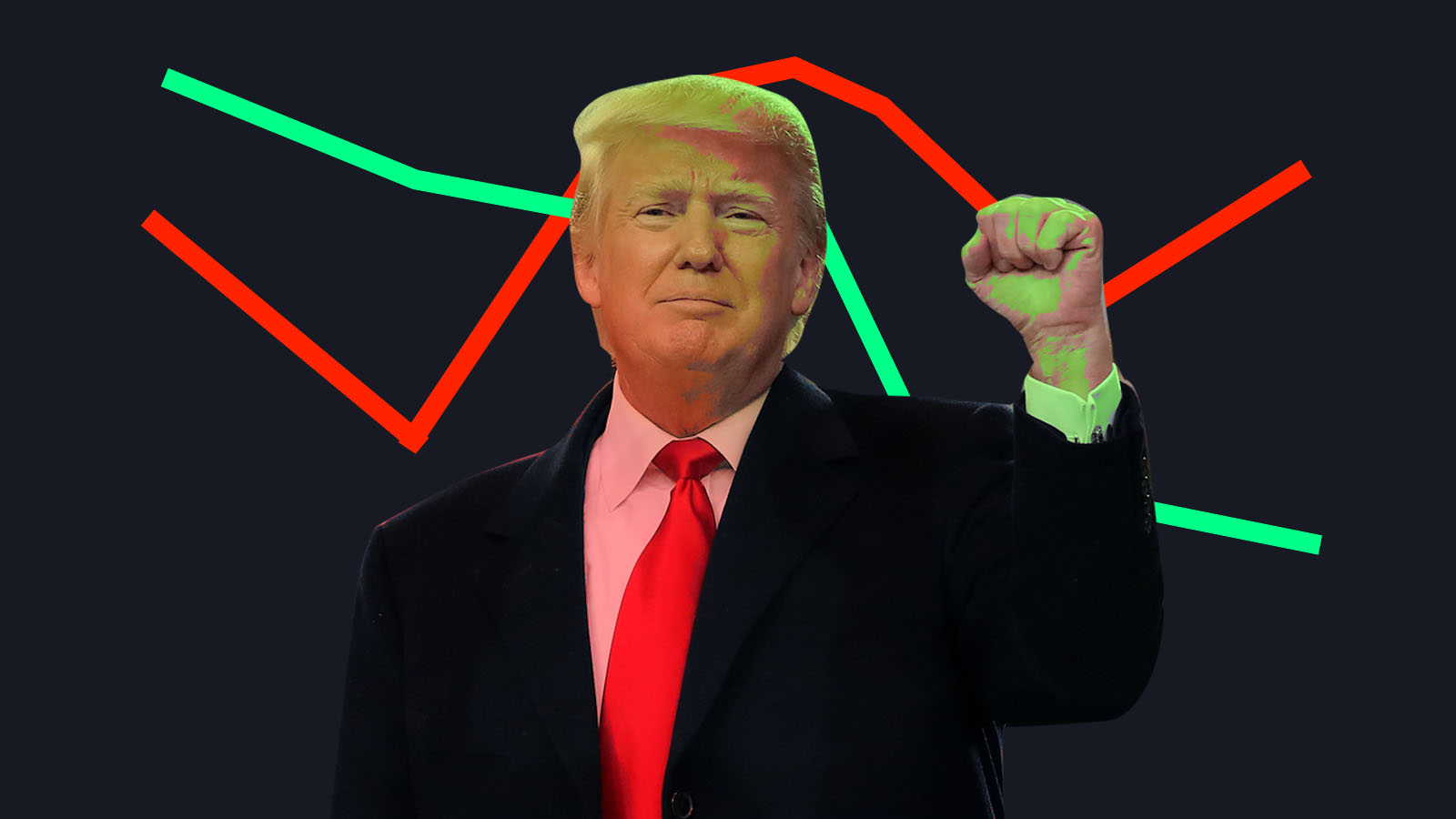 According to the report, the real value of gross domestic product – the measurement of total goods and services produced by a nation – can be misleading when measuring increased U.S. GDP at the same time that U.S. job quality decreased. GDP has grown every year since 2009 and it reached almost 3 percent in 2018. Keeping the economy growing under these conditions required more access to credit.

But we know what already happened the first time around. During the 2000s and up through the Great Recession, household debt increased more than 200 percent. The primary driver of that debt was mortgages. There is less collective debt tied up in home mortgages since the housing collapse, but recent reports have shown an increase in auto debt delinquency and a rise in student loan debt defaults.

“The long-term loss of good-paying manufacturing jobs over the past thirty years has produced troubling ripple effects for many Americans,” said CPA Chair Dan Dimicco.

Some analysts counter that the shift in jobs is a necessary transition toward training workers for high quality jobs of the 21st century. “Corporate America is addressing it, which they hadn’t before. The new way is to re-skill workers,” said Larry Rubin, managing partner of Talent Partners LLC.

Rubin referenced industries such as banking, which have seen physical branches close and routinized tasks become automated, but are in demand for IT personnel and customer service representatives.

While private enterprise has taken steps to retrain its workforce, it is only able to retrain about 25 percent of U.S. workers, according to the World Bank. The bank calls for a public-private partnership to increase the number of workers who could be trained, to around 75 percent.

In addition, the World Economic Forum has called on nations to invest more in education, refine regulations, and invest in industries that are environmentally sustainable that provide a common good – not just mere economic growth for growth’s sake.

Many election prognosticators point to the unemployment rate as a historical indicator of a political incumbent’s success in the next election cycle. But qualitative reports like the one produced by the Coalition for a Prosperous America can provide insight into why, despite the low unemployment rate, there may be a shakeup in Congress and a new president in 2020, as there is traditionally when the quantity, and quality, of jobs is low. 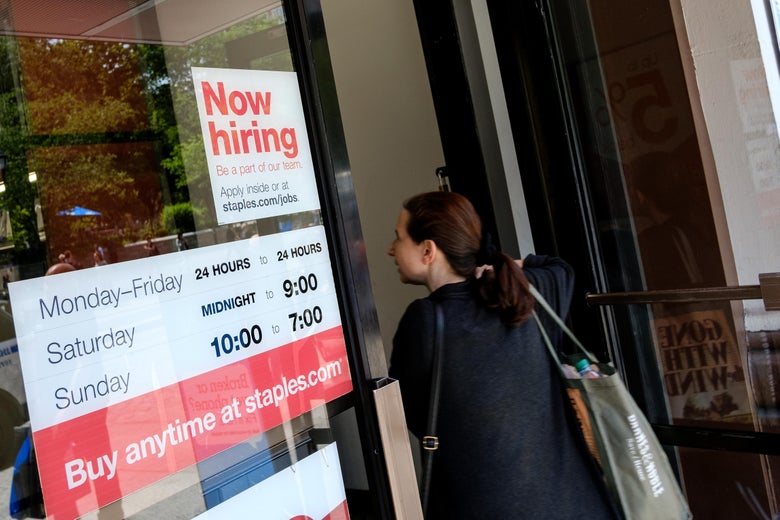 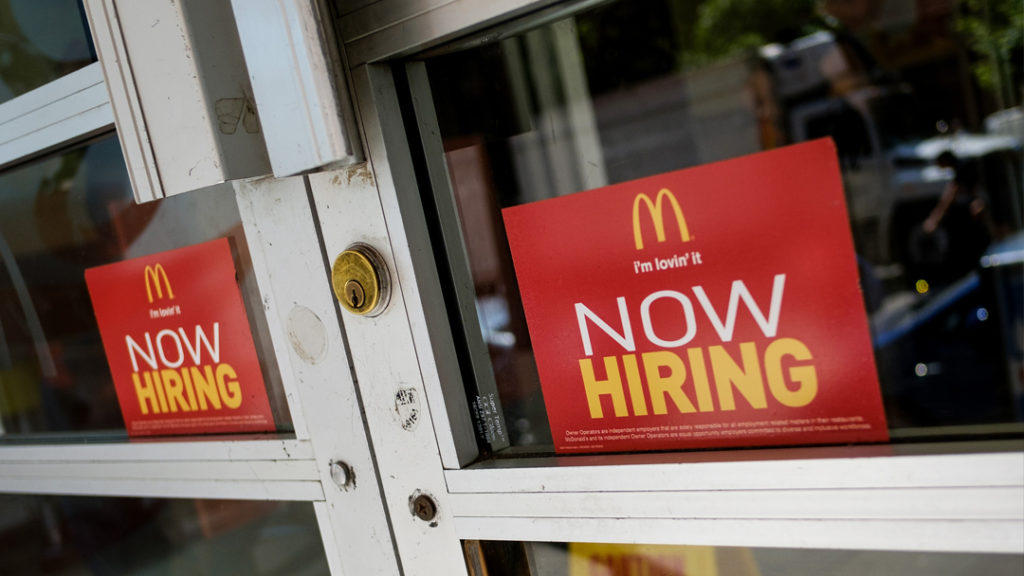