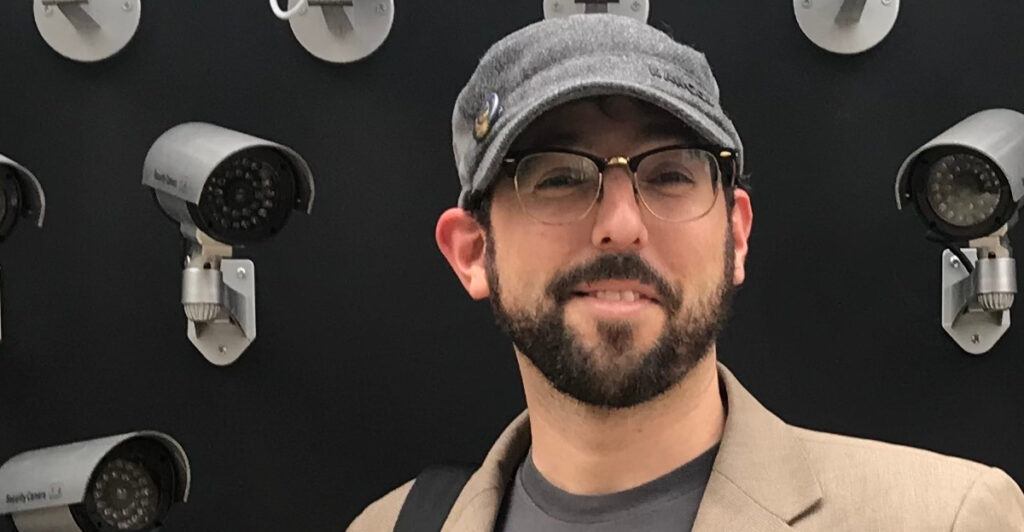 The Ways Agencies Will Evade Giving You Information

CounterSpin interview with Dave Maass on transparency and journalism.

Janine Jackson: A functioning democracy relies on an informed citizenry. But what you read in a high school textbook, and what you see when you look up from it, are different things. Importantly, transparency—a free flow of information—should be the norm. But it isn’t. That makes even more important the role of journalists who dig out critical information the public needs to hear, whether we know it or not: information we need to challenge the powerful. And it reminds us of the need to protect that role and that ability.

Our next guest is all about transparency and public knowledge. Dave Maass is director of investigations at Electronic Frontier Foundation, and the prime mover behind the Foilies, a project out of EFF and MuckRock news involving tongue-in-cheek awards given to government agencies and others that thwart the public’s right to access information. He joins us now by phone from Reno, Nevada. Welcome to CounterSpin, Dave Maass.

JJ: Some folks, and especially CounterSpin listeners, may know about Sunshine Week, the yearly effort by news organizations to promote and to celebrate open government and access to information. The Foilies are connected to Sunshine Week in a way that’s funny, but kind of “laugh instead of cry” funny, because it’s about everything that matters in our lives and our relationship to power.

DM: Exactly. I think if you work in a space where you’re filing public records requests, and you’re filing Freedom of Information requests, you have a certain personality where you love the gratification of receiving records, but you also take a little bit of—I mean, you have to laugh at the various ways that government agencies will try to evade giving you that information. And the Foilies are our annual way to provide some solace, through a little bit of humor, to those who file requests, but also to make sure that the people who are using these tricks don’t get away with it, that they are publicly in the light during Sunshine Week.

JJ: Absolutely, which is what sunshine is all about. So it’s about conveying absurdity at the same time as you’re highlighting these real issues.

So what, then, for 2021, what are some recent awardees that represent the problems you’re talking about? I know, for example, that Trump and the toilet stuffed with documents was a little too “fish in the barrel” for you. Maybe that’s—maybe that metaphor’s more complicated than I realized. But in other words, you’ve done Trump, and we get that. What are some of the other things that you’re trying to lift up?

DM: We’ve tried to make sure that we have a range of awards that go to local agencies and national agencies and things that are in the news, as well as things that are kind of pop culture–related. One that, from the very beginning, we knew was going to make it into the Foilies this year was the Wu-Tang Clan–related FOIA request filed by BuzzFeed reporter Jason Leopold. Now, if folks remember, there was a particular pharma bro whose name I can’t really pronounce, it’s gonna be a little embarrassing, but I think his name is Martin Shkreli.

DM: Before he was convicted of federal crimes, he successfully bid to win this Wu-Tang Clan one-of-a-kind, super-amazing album that there would only be one copy. And then he was convicted, and the US Marshals seized it. And in went some FOIA requests to find out more information about this secret Wu-Tang album that was eventually sold by the US Marshals, and the US Marshals refused to release how much money they got for this new Wu-Tang album. And they redacted a bunch of photos, so that we couldn’t see the pictures that they took in order to try to sell this on the open market. So immediately, whenever you can get Wu-Tang Clan in—the Wu-Tang Clan ain’t nothing to F with, unless the F stands for FOIA.

JJ: Right. I can see why that would grab people, which it totally—it’s absurd. And I, at the same time, and as I know you do, know that some folks would hear that and be like, that’s rich versus rich, and I’ve got nothing to do with that. So let’s take a look at some of the other things. A street-level surveillance taking a picture of your face, and there’s all kinds of stuff that, you don’t need to be Wu-Tang, you don’t need to be Martin Shkreli, it still involves you.

DM: Right. So the one that I think is probably the most offensive of the year went to a company—now, we often get these out to government agencies, but then sometimes we give these to companies that really tried to chill the public’s access to information.

So, specifically, the company that we called out is called Clearview AI. This is a facial recognition company that has scraped the internet for photos that you have published online in order to create a database that law enforcement can use to identify you.

We know that face recognition is racially biased and makes mistakes, can pull people into the criminal justice system. This Clearview system is more offensive than others because it grabs the images that we put on the internet to share with one another to communicate with ourselves, and it uses those against us.

Now, the only reason that we know Clearview AI exists is because a couple of researchers, named Freddy Martinez and Beryl Lipton, filed public records requests around the country related to it. And Freddy Martinez, specifically, works for an organization called Open the Government, and he also is involved with a local organization called Lucy Parsons Labs in Chicago. And he had found out about Clearview and started filing tons of requests.

And so what does Clearview decide to do? It decides to go after Freddy Martinez. So, he had never been involved in a lawsuit with Clearview AI, but Clearview used one of the other lawsuits it’s involved in to file subpoenas to try to get all of the information that Freddy Martinez had gathered, all the journalists he’d spoken with, all the communications with journalists and nonprofit organizations, in a very clear attempt to chill Freddy Martinez’s right to get access to information, and to retaliate against him.

Now, after public outcry, Clearview withdrew those subpoenas, withdrew those legal requests. But nevertheless, you just know that they, a big company, were trying to bully an everyday researcher.

JJ: Absolutely. And, you know, you’re describing a critical relationship, which is that open-government advocates, whistleblowers, can pitch, but they do rely on journalists to catch. Folks reveal information at great effort, sometimes at peril, and I can only imagine how disappointing it is to then see journalists dismiss that information, or not run with it, in the way that is so important, and that is so necessary in terms of getting the information out to the public.

And I just wanted to ask you, with regard to that, I know that as scholar in residence at the Reynolds School of Journalism at the University of Nevada, Reno, you work on something called the Atlas of Surveillance, and you’re very interested in that street-level surveillance that we’re talking about.

I saw you cited in connection with that project a couple years back, and you said, “If our goal is to keep neck and neck with the growth of the surveillance state, we’d lose”; you can’t keep up with it. The opacity is such that it’s difficult for investigators to keep on track of things like surveillance. And so I just wanted to ask you, what do you see as the goal, not just of that project, but of the project of the Foilies, and projects that are aimed at exposing the barriers that governments put up to transparency? What do you see as the hope of this kind of work?

DM: We are kind of engaged in what the military would call asymmetrical warfare, where we are part of a small group of nonprofits and advocates up against a huge tech industry, a whole military policing complex, that just dwarfs us in funding and dwarfs us in resources. But nevertheless, by using things at our disposal, particularly transparency, we are able to have such an outsized impact.

And maybe we’re not able to always result in something that changes everything nationwide. And honestly, with Congress as it is, that, to me, is not even a huge option. To get Congress to pass anything on anything is kind of a lofty notion these days.

But we are able to have these victories in places like San Francisco and Boston. You’re able to get laws passed, you’re able to get new measures in place, that maybe don’t outlaw certain surveillance technologies, but at least gets some controls in place, or at least put the transparency measures in place that allow us to come back and say, “No, look, the police are abusing this technology, we need to stop it.” And we’ve seen it with face recognition: We started to get a lot of traction with governments moving back on it.

We’ve been speaking with Dave Maass; he’s director of investigations at Electronic Frontier Foundation. You can find their work, including around the Foilies, online at EFF.org. Dave Maass, thank you so much for joining us this week on CounterSpin.