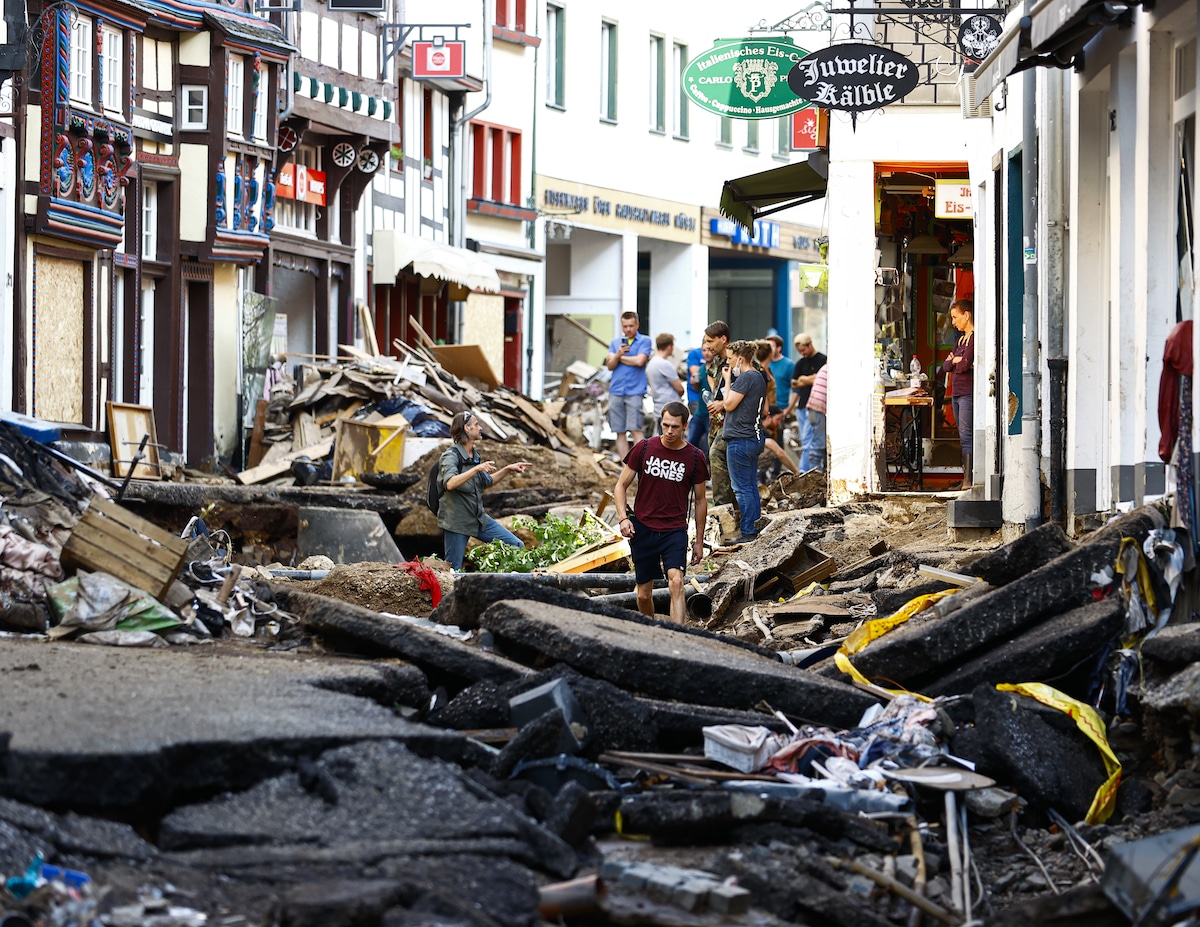 Above Photo: The aftermath of devastating flooding in Germany in 2021. Abdulhamid Hosbas / Anadolu Agency / Getty Images.

In the latest attempt to use the courts to address the climate crisis, five young people are suing 12 EU countries over membership in a treaty that they argue puts the needs of fossil fuel companies above climate action.

The young people brought their case before the European Court of Human Rights on Tuesday, as Euractiv reported. The lawsuit targets the Energy Charter Treaty (ECT), which gives energy companies the right to sue governments for compensation when their policies threaten profits.

“Governments are still putting profits of the fossil fuel industry over human rights. But climate change is escalating and demanding more and more lives every day,” a plaintiff named Julia, who is 17, said in a statement reported by Reuters.

Julia, like all of the plaintiffs, sees herself as a victim of climate-fueled extreme weather events, The Guardian reported. Last summer, she and her family survived devastating floods that killed 222 people in Germany and Belgium. With her family, she was forced to flee her German home as water rose around her.

“It was really scary and going through the water felt like losing the ground underneath my feet,” she said, as The Guardian reported.

Fellow plaintiff Damien, who is 23, experienced the floods in Belgium.

“I saw entire parts of my life vanish by the floods last year, neighborhoods have been destroyed, and four people lost their lives,” he said, as Euractiv reported.

“In 2018, a fire happened 18 km from my home (in Mati) and killed 103 people,” he said, as Euractiv reported. “We are under constant threat and uncertainty about our future. I feel stressed. Whenever I see pine trees under the sun, I get scared of a fire.”

The young people are taking action by targeting the ECT. The treaty was first signed in 1994 and entered into force in 1998, according to its website. It was drawn up in response to the collapse of the Soviet Union to protect energy investments in former Soviet countries, Reuters explained. However, campaigners argue that the treaty has had serious consequences when it comes to climate action. That’s because it allows investors in energy projects to sue if national policies harm their investments. For example, the Germany company RWE used it to sue the Dutch government in 2021 over its decision to stop using coal for power by 2030. The company argued that this would negatively affect its Eemshaven power plant.

The lawsuit targets 12 EU nations that are ECT members: Austria, Belgium, Cyprus, Denmark, France, Germany, Greece, Luxembourg, Netherlands, Sweden, Switzerland and the UK. The plaintiffs argue that membership in the treaty violates the rights to life and respect for private and family life, as enshrined in the European Convention on Human Rights, according to The Guardian.

The lawsuit is not the only pushback the treaty has received in recent years. The 52 member states are negotiating reforms, according to Euractiv, but no agreement has been reached as of yet. The European Commission has proposed ending the protection of fossil fuel investments by 2040, but campaigners say this is too late, according to The Guardian.

“The options that are being discussed are too weak to make the ECT compatible with the Paris agreement or with EU law,” Climate Action Network senior trade and investment policy coordinator Cornelia Maarfield said, as The Guardian reported.

France, Germany, the Netherlands, Poland and Spain have all expressed willingness to leave the treaty if membership makes it impossible for them to fulfill their obligations under the Paris agreement, according to Euractiv.