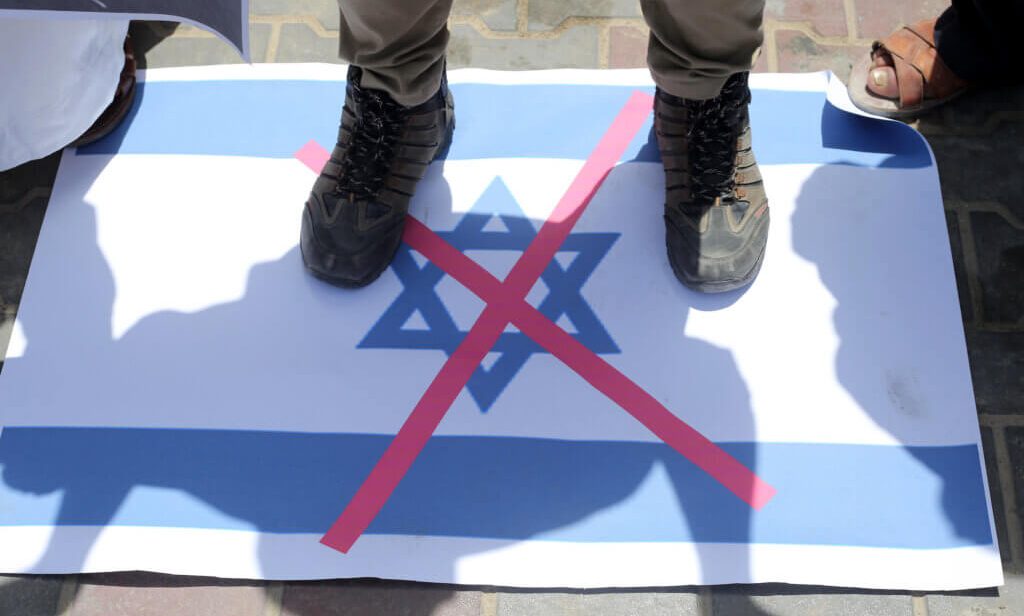 Last week the Guardian newspaper in London expressed shame over one of its worst errors of judgment: that in 1917 it supported and facilitated the Balfour Declaration, the imperial document that awarded Jews the “right” to make a homeland in Palestine. This counter-declaration was met with rage by Israel supporters.

And well it should, for it represents another blow to the legitimacy of Zionism in the west. All around us today we hear these blows falling on the central creed of Israel: the supposed right of a Jewish collective to national self-determination in a land populated by others.

I’ll remind you of some of those blows: Human Rights Watch has issued a report saying that Israel is guilty of the crime of “apartheid and persecution” against its Palestinian subjects, and millions of Palestinians have the right to return to the homes from which they were expelled in 1948. The leading human rights group in Israel, B’Tselem, said that Israel is an “apartheid regime” of “Jewish supremacy” from the river to the sea. The Carnegie Endowment has called for America to use pressure for equal rights for all in the land, and an author of that report, Zaha Hassan, echoes the “apartheid” finding. A leading Jewish writer (with AIPAC on his resume), Peter Beinart has thoroughly apostacized in the last year, calling for an end to the two state model and equal rights for all between the river and sea, and in today’s Times Beinart says that Palestinian refugees “deserve to return home.”

The social justice movement that has rocked the United States in the last year is crashing up against the door of apartheid Israel, which of course only gets more rightwing politically. At the J Street conference last month, Isaac Herzog, the head of the Jewish Agency, pleaded with young American Jews not to abandon their state, the Jewish state. But that abandonment is going on before our eyes. You can’t be opposed to white nationalism in the United States and support Jewish nationalism in Israel. Israel’s most effective propagandist in the United States over the last 20 years, Jeffrey Goldberg, has checked out of Hotel Zionism. He is nowhere to be seen as Israel pounds the Gaza Strip for the third or fourth or 500th time.

Of course the news headlines are the greatest source of delegitimization: Israel’s own brutal conduct. Yesterday Benny Gantz, the former general who earlier bragged of bombing Gaza back to the stone age in a campaign to be prime minister, threatened to do even worse to Gaza in a video message that blames 2 million people under siege for their own destruction. “This is it, this is what Israel is. Pridefully threatening (even worse) murder. And then glibly transferring all responsibility for it to its victims,” writes an ally.

Bear in mind, this Gantz was once the American liberal Zionists’ hope for saving Israel from Netanyahu.

And the liberal Zionists’ current favorite, Yair Lapid, if he helps form the next government, will not depart at all from the Gantz line. Yes, this is what Israel is. If you watch i24 News, you will see one Jewish Israeli after another justifying massive violence against Gaza because the people there have dared to defy their imprisonment– for 13 years, with no freedom of movement, and their fishing boats shot at, and sewage in their water supply.

The simple truth of Israel’s existence is that it has never found an answer to its core constitutional problem: It is a “Jewish state” though half the population it governs is not Jewish. Its answer to that problem has never been greater freedom for Palestinians, it has always been violence. Ethnic cleansing. Shooting the refugees who wanted to return. Putting them behind barbed wire and worse. Bombing their apartment buildings. Burning their olive trees.

And Israel’s leaders and its apologists in the United States have struggled to remove the problem by changing the subject. The problem is Not what Israel is doing to Palestinians, but Islamic terrorism, or Iran’s desire to destroy Israel, or some other fiction. Lately they were able to maintain their claim that the Palestinian problem will disappear by signing several diplomatic/bribery deals with Arab neighbors who were willing to overlook Palestinian rights in order to gain an audience in Washington.

These lies are crumbling in plain sight. We are all witnessing yet another violent attack by Israel on its Palestinian citizens and subjects, yet another demonstration of Israel’s failure to give Palestinians rights. The violence began with valiant protests over the continued ethnic cleansing of Jerusalem. And today the only thing that is retarding Israel’s violence against Gaza is that Palestinians who are citizens of Israel have risen up in solidarity with the other Palestinians, and so Israel fears a “civil war.”

Israel is having a rendezvous with democracy. On i24 News, Israeli reporters are expressing the “shock” that instead of uniting Israel, this war is exposing the fundamental inequity in that society.

Crumbling in plain sight? We are witnessing the end of the Oslo delusion, as Mustafa Barghouti explained, and American supporters/defenders of Israel are being forced to reckon at last with its core problem. Peter Beinart has been a real leader; and he acknowledges that it is apartheid. Eric Alterman says it’s apartheid. Nicholas Kristof, a champion of human rights, highlights the recent apartheid findings in the New York Times today and all but accepts the term.

Kristof reflects the new Democratic normal: He says that U.S. aid should not go toward “bombings of Palestinians.” It is clear that conditioning the billions we send to Israel– what John Whitbeck calls “tribute” — is the next step in U.S. liberal Democratic discourse. And BDS will be sure to follow.

Even rightwing supporters are getting tired of the self-defense lie. Neocon Max Boot confesses this is not about Iran, it’s about an expansionist Israeli government pushing Palestinians out of their houses: “Israel’s continuing land grab in East Jerusalem + West Bank.”

While Yaacov Lozowick, the author and former archivist for the state of Israel, says Israel must face its constitutional issue:

Here is an idea we have not tried in 74 years: a Jewish party leader will emerge and announce that if he wins the election he will strive, first and not in retrospect, to form a government that will include representatives of Arab citizens; Its purpose will be that they will feel equal citizens in their country.

But the news is that the Israeli government is only going to be more rightwing.

There is no going back in the global discussion. Zionism created apartheid rule in one state; the U.S. establishment is finally beginning to acknowledge this. Palestinian resistance has never stopped. Ultimately there is only one answer to that resistance, equal rights. These truths are becoming clearer to all outside observers thanks to the struggle over a few houses in occupied East Jerusalem. Just as Ali Abunimah said we would, we are entering the last phase of the Zionist story. It has run its course, we’re in the endgame.