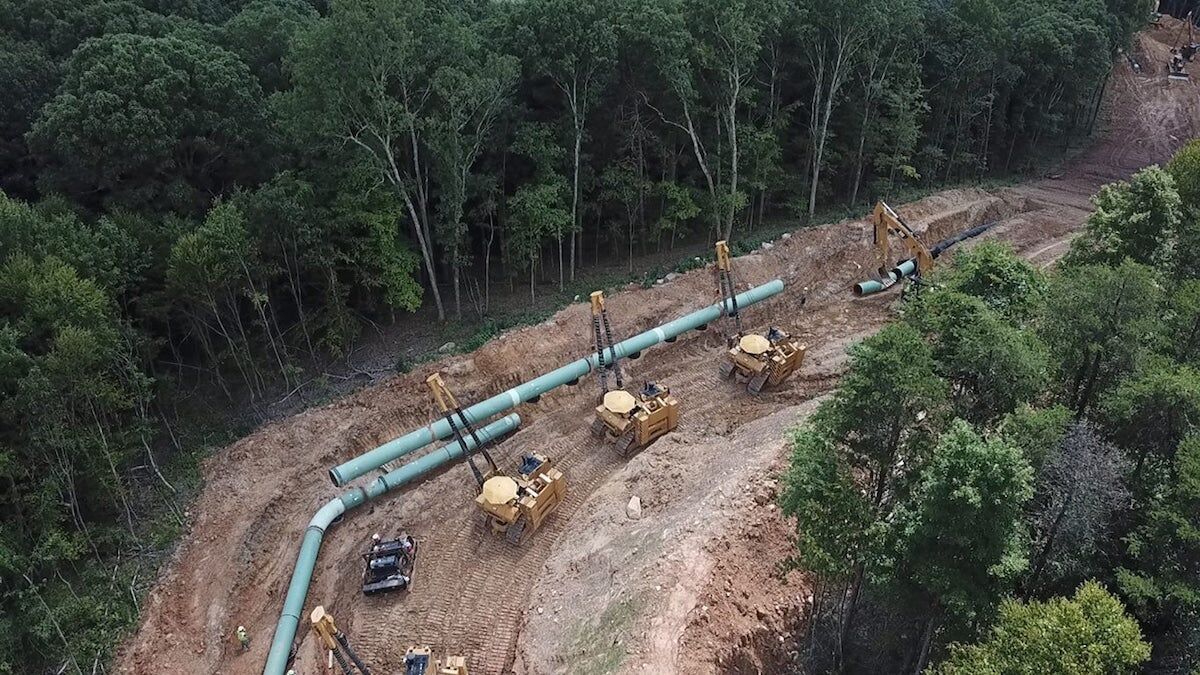 The Inflation Reduction Act (IRA), which was signed into law by President Joe Biden on August 16, is the biggest investment the U.S. government has made to date in fighting the climate crisis. Yet in order to persuade West Virginia Senator Joe Manchin to support the landmark legislation, party leaders made a side deal with the pro-fossil-fuel Senator to pass additional legislation facilitating the permitting process for energy projects, including the controversial Mountain Valley Pipeline (MVP).

The Mountain Valley Pipeline would carry fracked natural gas 303 miles through West Virginia and Virginia, according to the project website. Construction began in 2018, but the pipeline has racked up at least 350 water quality violations, faced numerous protests and legal hurdles and is now both over budget and behind schedule, according to Appalachian Voices. The numerous delays meant that pipeline opponents felt they had succeeded in shutting it down. Until now.

“It’s the unfairness that makes me so angry. It’s a deal with the devil,” 68-year-old pipeline opponent, high school teacher and West Virginia sheep farmer Becky Crabtree told The Guardian.

The deal that would fast-track the pipeline was worked out between Manchin, Biden, Senate Majority Leader Charles Schumer (D-N.Y.) and House Speaker Nancy Pelosi (D-Calif.), according to The Hill. To secure Manchin’s vote for the IRA, the other Democrats agreed “to pass comprehensive permitting reform legislation before the end of this fiscal year,” i.e. October 1.

The promise was bigger than one pipeline. It would see legislation passed that would limit environmental reviews of major projects to two years, assign one lead agency to coordinate reviews that involved multiple agencies and take steps to limit legal delays if permits are challenged, according to a summary document shared by Jeff Stein of The Washington Post.

However, the MVP was the one project name-checked in the document. The legislation would, the document said, “require the relevant agencies to take all necessary actions to permit the construction and operation of the Mountain Valley Pipeline and give the DC Circuit jurisdiction over any further litigation.”

The D.C. appeals court is considered more favorable to developers, The Guardian noted.

On a global scale, the provisions in the IRA do more to reduce greenhouse gas emissions than a completed MVP would do to increase them, The Washington Post noted. The MVP would pump 26-coal-plants worth of greenhouse gas emissions into the atmosphere, but the IRA could reduce emissions by 41 percent of 2005 levels by 2030. Furthermore, streamlining the permitting process could facilitate renewable projects as well, Stein noted.

But for the people, communities and ecosystems in the way of projects like the MVP, the calculation looks different.

“Sacrificing the planet for bigger corporate bank accounts is not a reasonable tradeoff. The problem is we’re Appalachian, [and] we don’t have any political influence,” Virginia landowner Georgia Haverty told The Guardian.

The deal doesn’t mean that MVP opponents and other environmentalists have given up the fight, however. People from Appalachia and other frontline communities that would be harmed by expedited fossil fuel projects are planning to protest the deal in DC on September 8. And progressive leaders in the House are taking up their cause.

House Natural Resources Chairman Raúl Grijalva (D-Ariz.) has begun passing a letter around to keep the Manchin deal out of a budget resolution that needs to be passed to keep the government funded, according to The Hill.

“Don’t attach it to a budget, to a CR, must-pass legislation and therefore take this essential Republican agenda and have Democrats pass it,” Grijalva told The Hill previously.

Ro Khanna, who chairs the House Oversight Subcommittee on the Environment, said progressives would not support the deal and told activist and author Bill McKibben he would hold a hearing September 15 on whether or not the fossil-fuel industry wrote the language for the side deal, since an early draft bore an American Petroleum Institute watermark. Manchin gets more money from fossil fuel and pipeline companies than any other sitting legislator, The Guardian pointed out.

“If this passes,” Khanna told McKibben of the deal, “it runs roughshod over these communities that have been fighting for five or ten years. There’s no way we can allow that kind of wholesale gutting to happen.”