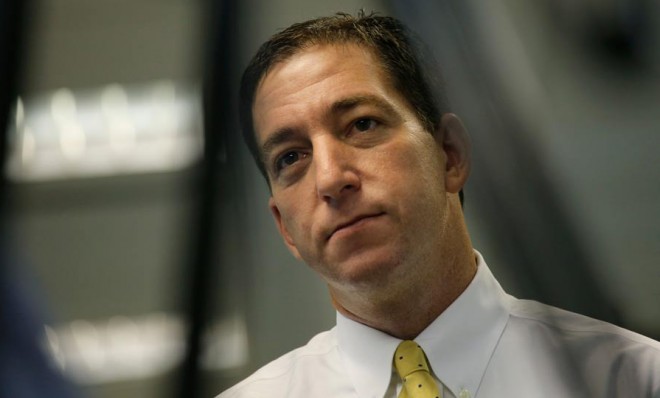 Israel Shamir cites unnamed sources, says “I record what I am told.”

It appears that the U.S. Government’s propaganda campaign against journalist Glenn Greenwald has even found its way into the progressive, alternative media. On July 17th, Counterpunch ran a story by journalist Israel Shamir accusing Greenwald and the Guardian of “pushing” Edward Snowden to reveal his identity. The actual statement, “It appears that the Guardian Newspaper pushed him [Snowden] into revealing his identity,” was neither sourced nor backed up with any further clarification. It also carries two implications the U.S. government would love you to believe:

1. Greenwald and the Guardian were complicit in Snowden’s leak, conspiring with him and managing his actions rather than simply reporting information.

2. Snowden never intended to reveal his identity, but rather hide out forever as a criminal because he really intended to hurt the U.S. rather than act as a whistleblower of NSA crimes.

After the Counterpunch article appeared on Popular Resistance, a colleague of Glenn Greenwald’s, Kitt Flynn, alerted the website in an email that Greenwald vehemently disputed the accusation. They immediately posted an addendum to the top of the article quoting Greenwald’s rebuttal asserting that Snowden “was insistent that he be identified from the start.”

In a subsequent email exchange between Flynn, Greenwald and Shamir (published in full below), Flynn informs Shamir of Greenwald’s denial of the claim, yet Shamir simply suggests that Flynn ask Greenwald what he had planned next for Snowden (continuing to imply that Greenwald was doing the planning):

“Well, provided you are in touch with GG, ask him what was his idea of what next. S identifies himself, then what? Goes to jail? As far as I understand, S did not want to be identified, but Guardian pushed him into it, without providing any safe route.”

The implication here is not only that Greenwald was making decisions for Snowden, but that Greenwald and the Guardian are somehow responsible for Snowden’s predicament. The notion that Greenwald is responsible for providing Snowden with a “safe route” is ludicrous, and comes across as bait, an effort to get Greenwald to respond angrily and perhaps to falsely implicate himself. If so, Greenwald doesn’t fall for it. After Flynn forwards the email to him, Greenwald responds directly to Shamir: “You ‘understand’ nothing. This is a pure fabrication, the opposite of reality.” He then further explains to Shamir Snowden’s motivations (motivations expressed by Snowden himself in his video interviews).

One would expect at this point that a sincere journalist would apologize, admit he was misled (by whom?) and post a correction to the story. However, Shamir does no such thing. In fact, he elaborates on the conspiracy theory, suggesting it is more “logical” and “makes more sense” than Snowden’s own version. And what was Shamir’s reasoning?

“If he [Snowden] really wished to have his identity known, why could not he get himself to Venezuela or disappear before the sky will fall down on him?”

Can you make any sense out of that?

Hi Glenn — I read this on Popular Resistance but it was originally posted at Counterpunch. I’m interested to know your thoughts on their supposition that the Guardian “pushed him into revealing his identity.” It seems irresponsible to write “appears” about such an important aspect of the story.
Kitt

“His first profound revelations were made by correspondence; he flew to Hong Kong as he was familiar with the place, spoke fluent Chinese, and planned to return home to Hawaii. It appears that the Guardian Newspaper pushed him into revealing his identity. Even then he thought himself safe, for Hong Kong is under Chinese sovereignty, and China is a mighty state, not an easy pushover.”

That’s a total lie – he was insistent that he be identified from the start – I was able to persuade him to wait a week so that he didn’t step on the stories, but he was emphatic from the start that he wanted to come out and publicly declare and explain himself rather than hide.

Also, as far as I know, the claim that Snowden speaks fluent Chinese is a total fabrication.

That sentence about Snowden being pushed by the Guardian is 100% incorrect. I suggest that you write to Glenn Greenwald and then post a correction. I been reading Greenwald regularly, and so knew that you were incorrect. I wrote him about it, he wrote back vehemently denying your “pushed” statement and stated that Snowden was insistent from the start that he be indentified.
Kitt Flynn

“It appears that the Guardian Newspaper pushed him into revealing his identity.”–Shamir

Well, provided you are in touch with GG, ask him what was his idea of what next. S identifies himself, then what? Goes to jail? As far as I understand, S did not want to be identified, but Guardian pushed him into it, without providing any safe route. S almost got arrested, and it is not the Guardian that saved him from arrest.

To Israel Shamir:
As I already told you, you were and still are incorrect. I don’t why you don’t just email Glenn Greenwald yourself. I’m sending this email along to him.

To Glenn Greenwald: The staff of Popular Resistance added a note to the top of the article by Israel Shamir with your rebuttal to the claim of “pushed.” I don’t know about Counterpunch. But as you can see Israel Shamir remains confused.

> ” As far as I understand, S did not want to be identified, but Guardian pushed him into it,”

You “understand” nothing. This is a pure fabrication, the opposite of reality. From the start, Snowden was insistent that he be publicly identified as the source. The only thing I ever succeeded in convincing him to do was waiting a week so the first set of stories wouldn’t be swamped by focus on him.

He was convinced that he had the obligation to account to the public for what he did, and that his detection by the US was imminent no matter what he did. He wanted his identity revealed on his terms, not on theirs.

Fabricating fantasies in your head – that are absolutely false and for which you have no basis – and then passing them off as what you “understand” is just pathetic and reckless.

Dear Mr Greenwald,
I am not prone to fabrications. As every journalist, I record what I am told. This is the way I received the story.
I understand that this interpretation is not pleasing for you.
S found himself in a very dangerous spot – in HK, waiting for imminent arrest. In your version, it is his own recklessness and love for limelight, while you and L tried to convince him to be more prudent.
In the version I received, he was enticed to reveal himself, this revelation was published while he was in the dangerous spot. If he really wished to have his identity known, why could not he get himself to Venezuela or disappear before the sky will fall down on him?
I think the version I received is more consistent, more logical, makes more sense.
As probably you are aware, I am not a friend of the Guardian, a newspaper that smeared me in many possible ways. I wrote about the wikileaks cables being censored and distorted by the Guardian. The newspaper promoted war on Afghanistan and Iraq, and what not. And still, I would not write what I wrote regarding S unless this were a story I received from reliable sources and that would make sense.
Regards,
Israel Shamir
Moscow

You’re an idiot. And a liar. And I really couldn’t care less what lies you tell.

I know you’re lying when you say you heard a “version” of the facts since there were only three people in the room when it all happened – me, Laura Poitras, and Snowden – and I know for a fact you spoke with none of them.

That means you’re fabricating and lying. But really, who cares? It makes no difference what you say.

Attack is the best defence, eh? You put the man on the line, you got the benefits, he got the trouble, now you want to be in the clear. Obviously, I’ve got to be an idiot and a liar to notice it.