NOTE: Sabotage should be expected. The corrupt “regulators” and elected officials at the federal and state levels work for the oil and gas industry. It is obvious to everyone that they do all they can to ignore what communities want. It is also obvious to everyone that they ignore the science on climate change which says we should not be building any more carbon or methane infrastructure. Do they expect people who believe the science and see their communities being undermined to do nothing? To just let corruption rule? No doubt some people see sabotage as necessary to save the planet and their communities. These acts should be blamed on the corruption of government and the greed of oil and gas. This is the blow-back they should expect. It is not the way we operate, but it is the way some will operate. People are desperate to save the planet and strike back at the corruption that rules government.

Mahaska County, IA & Lincoln County, SD – Authorities in both South Dakota and Iowa have confirmed that alleged acts of sabotage against the Dakota Access Pipeline (DAPL) are being investigated in both states.

Authorities in South Dakota and Iowa confirmed Tuesday that someone apparently used a torch to burn a hole through empty sections of the pipeline at aboveground shut-off valve sites.

Mahaska County Sheriff Russell Van Renterghem said the culprit in Iowa appeared to have gotten under a fence around the facility, but Lincoln County Sheriff’s Deputy Chad Brown said the site in South Dakota wasn’t fenced.

The Iowa incident was discovered March 13 and the South Dakota incident Friday [March 17].

Pipeline operators are asked to report security breaches to the National Response Center. Data on the center’s website show no reports from ETP this month. 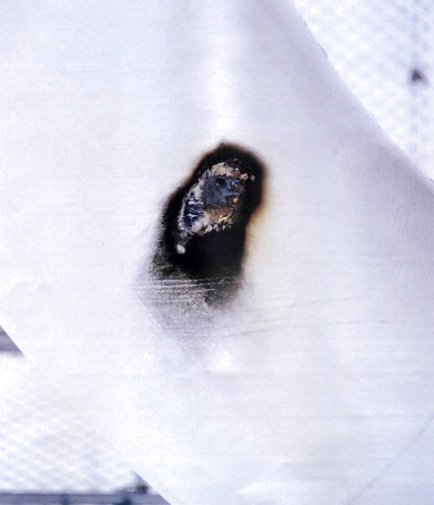 The reported physical attacks on DAPL infrastructure are part of a wider trend against controversial pipeline projects, shown by the recent increase of guerrilla sabotage actions. 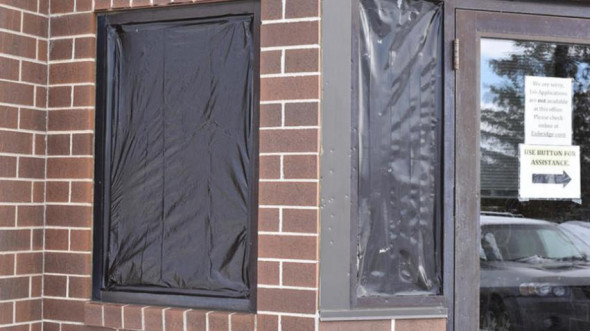 On February 22, Enbridge, a large pipeline company with partial ownership of DAPL, announced that an unknown person had fired shots from a passing vehicle at their Bemidji, Minnesota offices the night before (the offices were empty at the time of the shooting).
On February 26, 66-year-old James Marker opened fire on construction equipment being used to construct the contested Sabal Trail natural gas pipeline in Florida. Marker also fired several shots into the pipeline itself. Law enforcement gave chase when he fled the scene; after he crashed his truck, sheriff’s deputies shot and killed him. 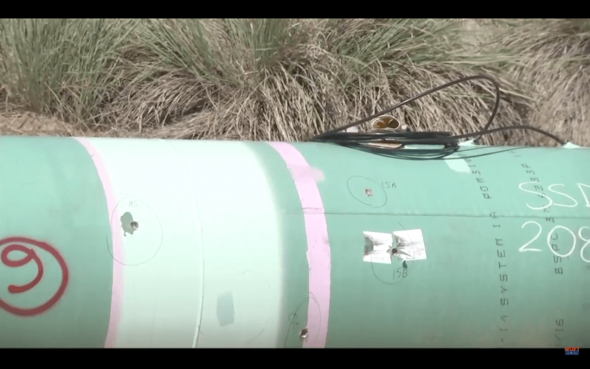 Recent, less conventional direct actions against the physical infrastructure of DAPL and other energy projects point to the inherent vulnerability of pipelines, which rely on numerous aboveground pumping stations for operations, maintenance, and safety purposes. Many pumping stations are not staffed by security personnel and often lack a fence.

On October 11, 2016, climate activists simultaneously shut down five different tar sands pipelines near the US-Canada border, stopping the flow of oil through the pipes by physically accessing emergency shut-off valves.

A video produced in December 2015, by Submedia, shows Canadian environmental activists demonstrating how to stop the flow of oil through a pipeline via a pump station:

Last week’s alleged sabotage of the physical pipeline hit the news at the same time that Norwegian financial giant ING announced it was divesting its stake from the $2.5 billion loan financing DAPL.

Activists continue to pursue their goal to take away the pipeline’s financial solvency by convincing investors to withdraw, even as the physical pipeline itself comes closer and closer to being fully operational. The pipeline is not believed to be entirely finished, as witnesses have reported seeing sections of pipe being driven into the DAPL site near the Standing Rock reservation on the edge of the Missouri River. 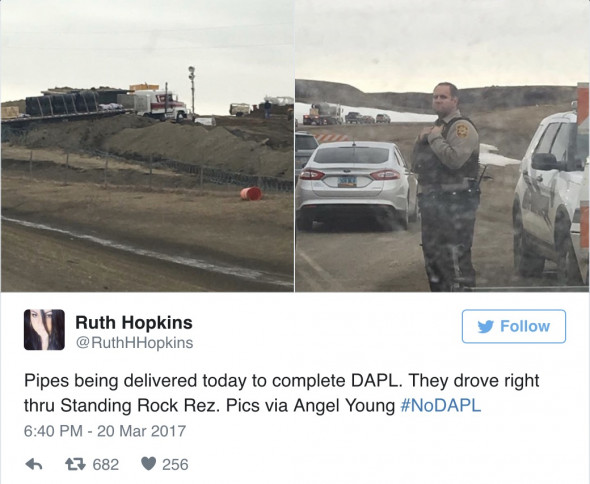 On Saturday, March 18, a US Appeals Court refused to grant an injunction sought by the Standing Rock Sioux Tribe and the Cheyenne River Sioux Tribe to stop Energy Transfer Partners (ETP) from operating the Dakota Access Pipeline. A federal case surrounding the pipeline is still ongoing, and federal judge James Boasberg is expected to issue additional rulings sometime in April.

ETP has also recently refused to publicly release information about the pipeline’s status to the public, citing “coordinated physical attacks” as justification for secrecy. The company also seeks to withhold certain safety information, such as plans to respond to oil spills, under the same grounds. While refusing to disclose details, ETP has recently indicated that oil could be flowing through DAPL as soon as this week.