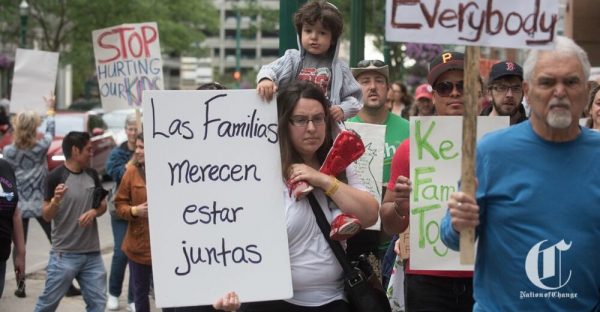 #FamiliesBelongTogether Rallies Around The Country

Above photo: All images by Zach D. Roberts

Rallies nationwide have popped up to call out local officials and government policies that separate children at the border.

As more terrible news continues to pour out our immigration centers, rallies nationwide have popped up to call out local officials and government policies that separate children at the border. In downtown Syracuse, New York, not usually a hotbed of activism in my experience, roughly seventy people joined the rally that began in front of Republican Congressman John Katko’s office. 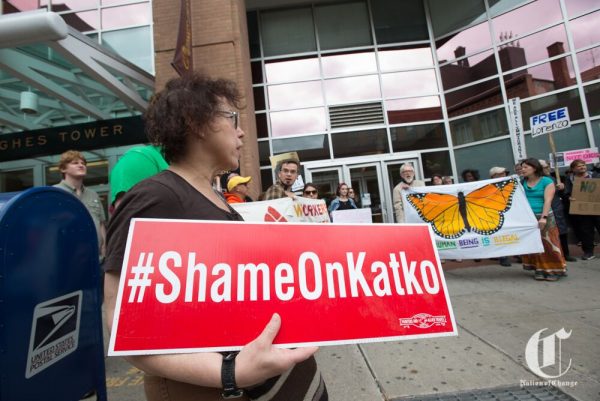 Outside the Congressman’s offices activists handed out yellow wristbands that were meant to symbolize the barcoded wristbands that immigrant children are forced to wear to receive food and services. At the time of writing this article, 11,200 children are in federal custody. The number of children separated are straining the already overburdened system, the Washington Post reported:
“The bedrooms at Casa Padre are doorless, with walls reaching only halfway to a 20-foot-high industrial ceiling that serves as a constant reminder of the building’s past.
It used to be four beds to a room. But as the shelter fills to capacity, a fifth bed – a cot – has been added to each.” 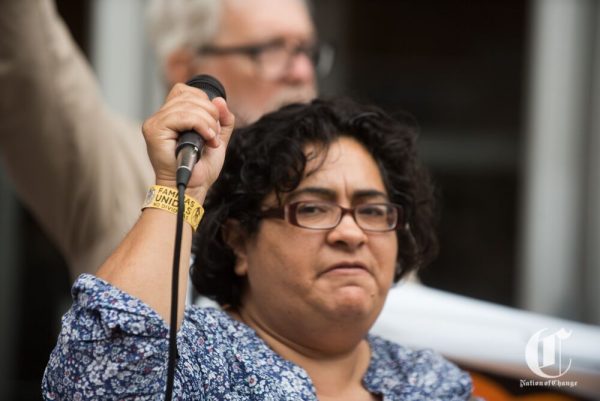 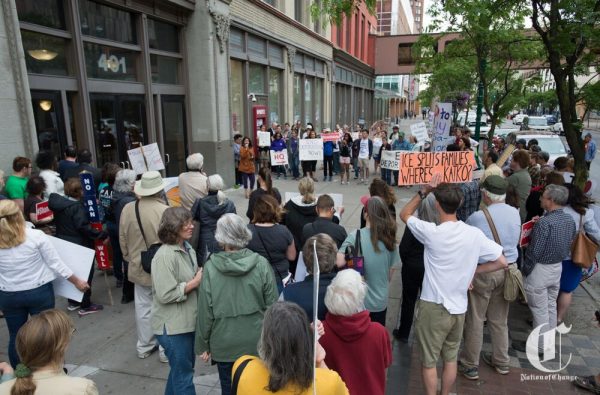 Imigrant families that had been separated by ICE (Immigration and Customs Enforcement). They also called for a greater solidarity in the Central New York area which since the beginning of the Trump administration has seen a massive uptick of ICE grabs of undocumented non-criminal immigrants according to a local immigration lawyer, Jose Perez.

“There is an increase in the last two years by at least 300 percent. We have seen not only the detentions by ICE, by Border Patrol… we have also seen the detentions in the bus stations, in the train stations… they are doing it all. They are doing everything possible to detain and deport everybody they can. They are turning the focus on now people who had been here for years. People that own businesses, people that own houses, people that have children in the United States, people who have family and community ties, which before we never saw deportations for these types of people. Now they’re focusing on that.

The rally marched around the block to the entrance of ICE’s offices where it chanted “families belong together” and continued to express their rage at the local families that have been separated. The offices of ICE were, like Katko’s office on the otherside of the block without any signage.

Border Patrol’s work at the Syracuse Transportation Center has received national attention as of late with several viral videos that show officers asking passengers if they are citizens and for documentation. Syracuse is beyond the 100 miles from the border that it is normally standard for it to operate.