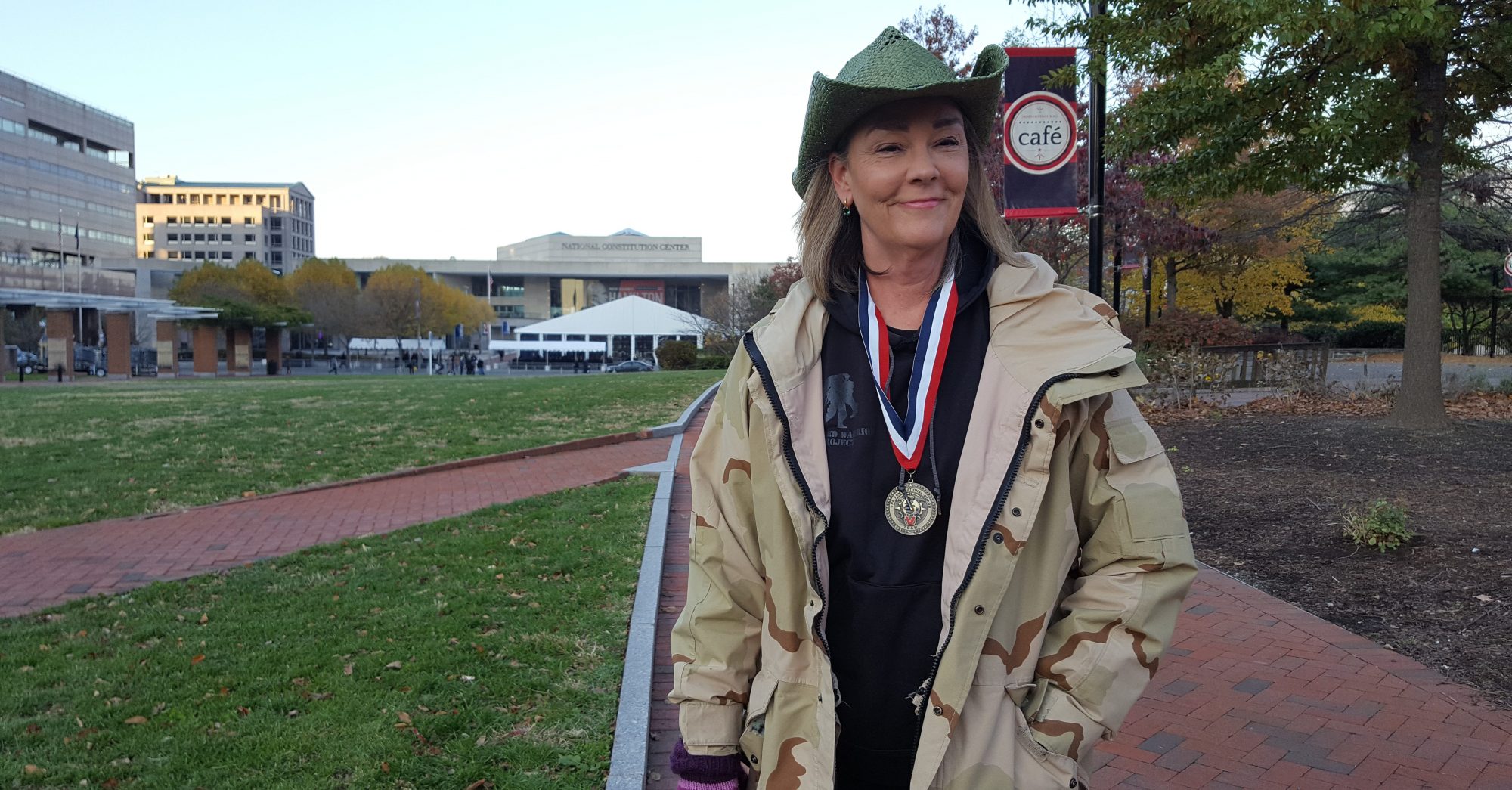 Philadelphia, PA – On November 11, 2018, the 100th anniversary of Armistice Day, Stacy Bannerman of Military Family Speaks Out and author of “911 Homefront: How Families of Veterans are Wounded by War” attended the Liberty Medal ceremony in Philadelphia, PA to return her Freedom Medal. Former Vice President Joe Biden was giving the Liberty Medal to George W. and Laura Bush for their commitment to veterans. Former President Bush gave the Freedom Medal to Stacy Bannerman. Hear her compelling testimony on why she is giving it back to him.

When Bannerman returned her medal with Bush on the stage, she exclaimed “President Bush you destroyed millions of lives with your war based on lies, including mine. I have nothing left to lose. You can have your Freedom Medal back.” Bush’s war in Iraq caused Bannerman to lose everything – her husband, her home, her land and her animals.

Immediately, Bannerman was surrounded by police and escorted out of the hall. Before reaching the exit, she held up the medal and dropped it onto the ground. She was not arrested for this action. Margaret Flowers videotaped the event.

CBS News reported on Bannerman returning the Freedom Medal, showing video of her dropping the medal while being surrounded by police. They also showed protests outside by Iraq veterans and others opposed to Bush getting a medal.

Outside the ceremony, About Face, formerly Iraq Veterans Against the War, were leading protests. They were chanting loudly, blowing whistles and making shrieking noise with a bullhorn. They chanted that Bush and Biden were war criminals, no awards for endless wars and shouted “Shame, Shame” as Bush received his medal.

Joe Biden supported the Iraq War when he was chairman of the Senate Foreign Relations Committee during Bush’s presidency. Biden has been a leader of the Democratic Party for many years and demonstrates how the two parties support war and militarism.