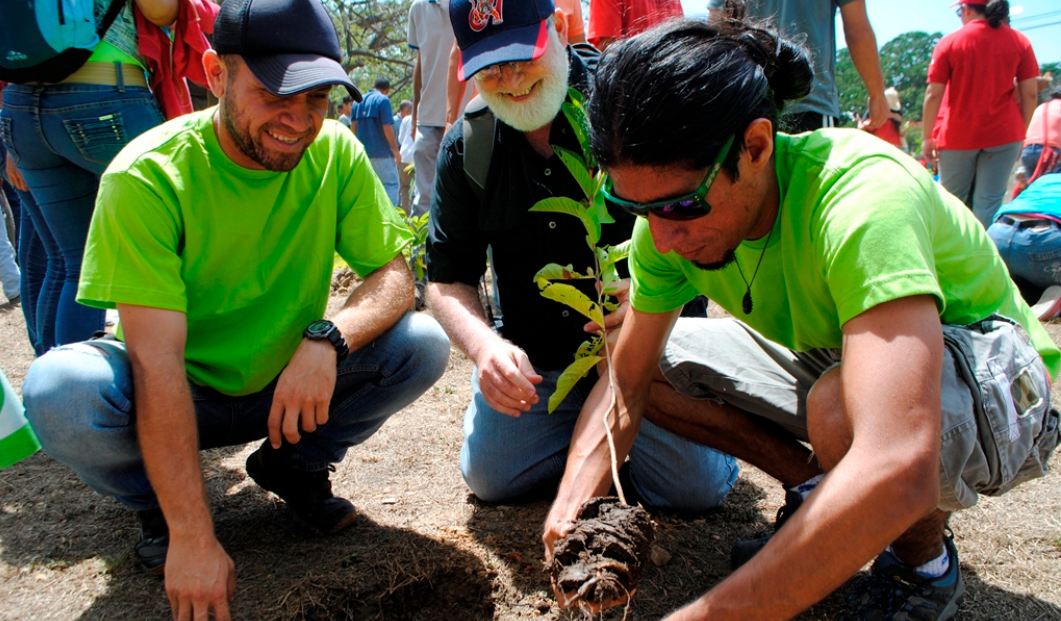 “We must change the system, not the climate” These are some of the words that the Venezuelan President Hugo Rafael Chavez Frias opened up his remarks with at the COP15 climate conference in Copenhagen, Denmark. He went on to say:

“Capitalism is a destructive development model that is putting an end to life; it threatens to put a definitive end to the human species. And another slogan calls for reflection. It is very in tune with the banking crisis that swept the world and still affects it, and of how the rich northern countries gave aid to bankers and the big banks. The U.S. alone gave, well, I lost the figure, but it is astronomical, to save the banks. They say in the streets the following: If the climate were a bank it would have been saved already.”

President Chavez was ahead of his time for a head of state, but was merely reiterating what thousands of activists and thinkers had been saying for decades. “But wait!” many readers and commentators alike may say; “Chavez and the Bolivarian Revolution exported oil, so any claims of environmentalism must just be talk!”. Nothing could be farther from the truth, as I will show in the following article how Chavez, his successor Nicolas Maduro, and the Bolivarian process as a whole has an outstanding record in terms of combating climate change and defending the environment.

The environment is the beginning and end of all life on Earth, as many Socialists have been saying for centuries. This article’s main focus is on the creation and maintenance of the Arbol (Tree) mission.

Created in 2006 by then president and revolutionary government, this program set out to accomplish much with guiding principles of ecosocialism, ecology, and popular participation. Mission Arbol is an idea aimed at the participation of the community in the construction of a new development model based on the recovery, preservation, and sustainable use and maintenance of forests.

The technicalities of this mission are as follows; the state in conjunction with organized communities funds and provides seeds, organizes thousands of conservation committees, creates communal plant nurseries, and much more. It is hard to quantify the accomplishments of this mission due to its nature, but according to Venezuela Analysis , by 2012 the mission had succeeded in planting 45 million trees and plants across Venezuela covering tens of thousands of hectares of land, with this number continuing to rise including with an agreement signed in 2019 with the Food and Agricultural Organization of the UN.

Isn’t it amazing? Popular power in the form of communal councils, conservation committees, and other popular organizations working hand in hand with communities and the state in order to fight against capitalist eco-cide waged by capitalism? This is what the future looks like, and if Venezuela can continue these policies while under constant attack by the most powerful entities in the world, imagine not only what they could do in a world of peace, but also what a country like the United States could do if we had a government of the people and the
workers.

“Let’s plant with plenty of love for the earth, nature and our planet. We have to plant love. Whoever plants love for the land will inevitably become an environmental and socialist citizen. It’s that simple. He or she will love his or her country. And it’s only
through socialism that humanity can find a way to save the planet and preserve the human species.”

While Mision Arbol is the most apparent and evident coordinated effort by the Venezuelan Government to implement eco-socialism, through out much of the revolution, these principles have always been evident. In the earlier years of the revolution Venezuela was able to distribute tens of millions of energy saving and more efficient light bulbs. This campaign too was made possible by the coordination between the state, popular communities, and organized sectors.

In his 2011 annual speech to the National Assembly, Chavez asserted that 70 million bulbs had been replaced with megawatt hours savings of over 1000 megawatts. By 2014, the number of bulbs to be replaced was increased to 155 million. This is of course separate from the 600,000 energy saving eco bulbs that the Venezuelan state distributed to the poor in my own country, saving the US working class untold amounts of their hard earned money. It is also the official policy of the Venezuelan government to discourage the import of energy guzzling appliances instead prioritizing smarter and more efficient appliances. It is also worth noting that 70% of the electricity used in Venezuela is produced by hydropower.

Steps have also been taken to utilize solar power in Venezuela with programs to power street lamps across cities with solar power as well as an innovative government program that provides free solar panels and solar powered water purification systems in rural and remote communities across Venezuela.

It is clear by the example that Venezuela has provided that it is possible to have a government of action which fights for the people; the workers. Eco-socialism, fighting climate change, encouraging popular participation, organizing the people, greening the economy while also growing the economy for the better of all the countries people. These are all principles and guidelines for the future that will be built by we, the people, not only in the US and Venezuela, but across the world!