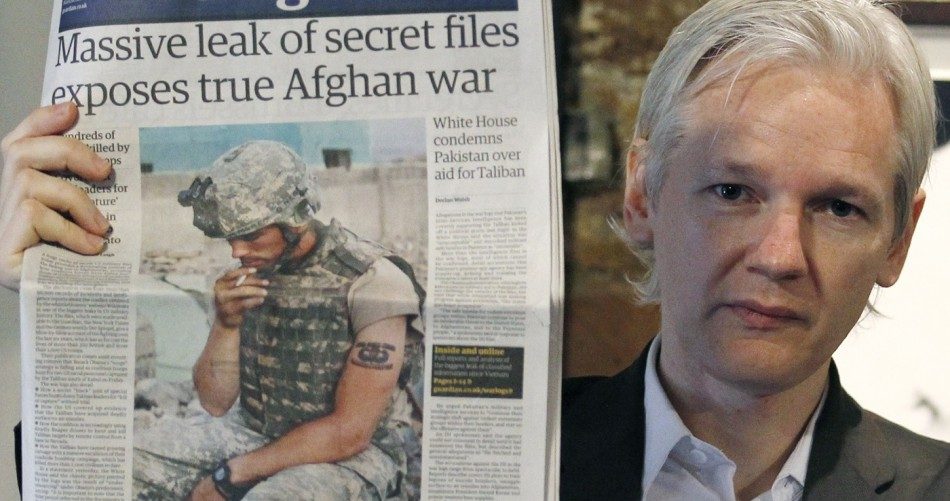 Assange And Manning Sacrifice Their Freedom For Our Right To Know

Julian Assange, the editor of Wikileaks, a media outlet for information provided by whistleblowers, has been in confinement in the Ecuadorian Embassy in London for almost seven years and is experiencing increasingly harsh treatment. Chelsea Manning, who leaked information to Wikileaks and spent seven years in prison for it, is back in prison for her refusal to testify against Assange in a secret court. We speak with Joe Lauria of Consortium News about why Assange and Manning are sacrificing so much to protect our right to know what our governments are doing, the historical significance of their deeds and what we must do to support them.

Joe Lauria is the editor of Consortium News, taking over after the death a year ago of Robert Parry, its founder. Lauria has been a United Nations correspondent for 25 years. This included six and a half years as the Wall Street Journal correspondent based at U.N. Headquarters in New York. Mr. Lauria has covered ever major world crisis that has come before the U.N. over the past quarter century. Among those stories was the fraught diplomacy before the First Gulf War and the 2003 U.S. invasion of Iraq; the 1990s wars that broke up Yugoslavia; the genocide in Rwanda; the destruction of Libya; the coup d’etat in Ukraine and resulting civil war; the devastating conflict in Syria; African coups and the U.N. response to earthquakes, tsunamis and other natural disasters. Mr. Lauria has interviewed numerous presidents, prime ministers, foreign ministers, and ambassadors and questioned many other leaders in press encounters, including Yassir Arafat, Mahmoud Ahmadinejad, Robert Mugabe, Jacques Chirac, Jimmy Carter, Hillary Clinton and Barack Obama. He reported numerous exclusives and front- page U.N.-related stories for the WSJ. These included a U.S. exclusive on the U.N. General Assembly considering a new probe into Dag Hammarskjöld’s death; the U.N. envoy to Yemen saying Saudi bombing derailed a political settlement close to completion; senior U.S. officials asking the U.N. to pull its chemical weapons inspectors from Syria; Rwandan President Paul Kagame saying he would’t pull his troops from Somalia after a critical U.N. report; the Indian foreign minister suggesting India favored negotiating with the Taliban; Somalia’s prime minister saying he would welcome a bin Laden-style US raid on militants in his country; China revising its anti-separatist stance in South Sudan; and U.N. corruption favoring Price Waterhouse Coopers on a multi-million dollar contract and more. Before the WSJ, Mr. Lauria was the Boston Globe’s U.N. correspondent for six years and has also reported from the U.N. for the London Daily Telegraph and the Daily Mail, The Johannesburg Star, Montreal Gazette, Ottawa Citizen and Vancouver Sun; and the German Press Agency dpa. Mr. Lauria has been an investigative reporter for The Sunday Times of London, having taken part in investigations that led to the suspension of a British member of parliament for corruption and the unmasking of an FBI/MI5 double agent. At Bloomberg News he led an investigation that brought about the resignation of an Argentine provincial governor after he issued a counterfeit government bond.  Mr. Lauria’s work has also appeared in The New York Times, The Washington Post, The Guardian, New York Magazine, and other publications. He is the author of two books. The first was with former U.S. Senator and presidential candidate Mike Gravel, a history of U.S. foreign policy and the defense industry, published by Seven Stories Press, with a Foreword by Daniel Ellsberg. It was entirely conceived, researched and written by Mr. Lauria. The second was a ghostwritten history of the three major Middle East religions with an emphasis on the history of Islam.  Mr. Lauria has traveled to more than 70 nations. Much of his reporting has focused on the Middle East, having visited the region more than two dozen times in the past four years, including lengthy stays in Egypt and Iraq. With the exception of Yemen and Iran, he’s visited every country in the region, many multiple times. Mr. Lauria has won two journalism awards and taught journalism at two U.S. universities. He has lectured on three continents and has appeared numerous times on radio and television, including on CNN (where he was interviewed by Wolf Blitzer), Good Morning America (interviewed by George Stephanopoulos) as well as on the BBC, the PBS News Hour, C- Span, Al Jazeera, Al Arabiya, Sky Arabia, and RT.  He’s also been a guest on Leonard Lopate’s and Brian Lehrer’s radio shows on WNYC in New York.