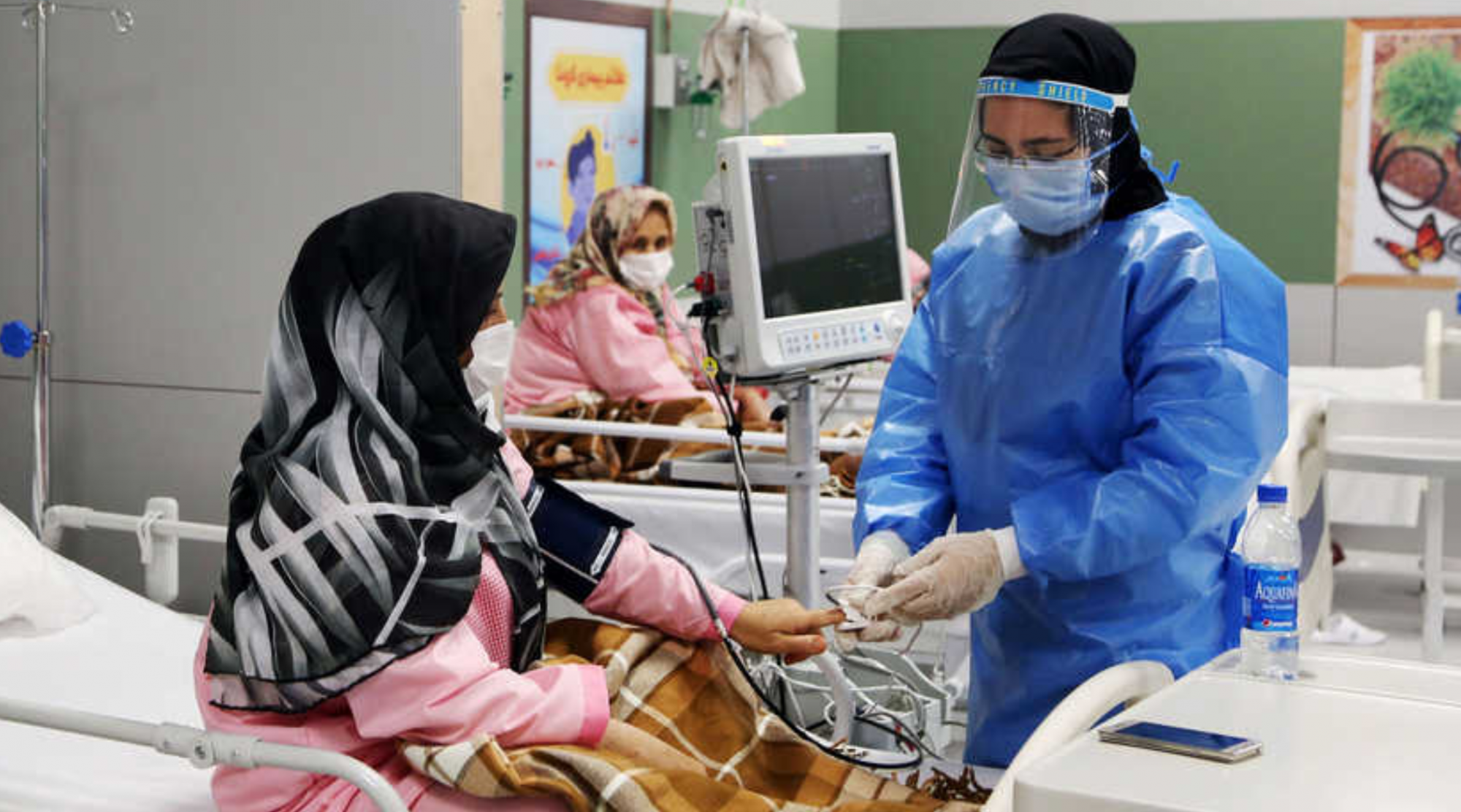 Above photo: The fairground at the Iran Mall, Tehran’s largest shopping mall, after its conversion into a hospital for coronavirus patients, Tehran, Iran, March 30, 2020. Fatemeh Bahrami/Anadolu Agency via Getty Images.

NOTE: In this article, US Secretary of State Mike Pompeo says the sanctions exclude medicines and medical supplies and blames the Iranian government for not having enough money. The reality is that US-imposed economic coercive measures prevent Iran from obtaining medicines, medical supplies, and other goods because companies and financial institutions refuse to do business with Iran out of fear of retaliation by the US. Many of the economic measures used by the US against Iran have prevented Iran from selling its oil, which is a major source of revenue for the country. We post this article because it is good news to see the sanctions being called into question, they violate the UN Charter, and to see US allies defying them.  – MF

In the first transaction of its kind, France, Germany and Britain have sent medical goods to Iran under a trade mechanism set up to bypass US sanctions against Tehran.

In January 2019, the three European countries, known as the E3, developed the trade mechanism — dubbed INSTEX — as a workaround to export goods to Iran.

“INSTEX and its Iranian counterpart STFI will work on more transactions and enhancing the mechanism,” the German Foreign Ministry said in a statement. “These goods are now in Iran.”

The German Foreign Ministry did not specify what was included in the shipment, only confirming its arrival. Citing people familiar with the transaction, The Wall Street Journal reported Tuesday that “the sale was equipment related to blood treatment from a German exporter.”

The Donald Trump administration imposed tough economic sanctions on Iran in 2018 after withdrawing from the nuclear accord reached by the Barack Obama administration, five other world powers and Iran in 2015. The reimposition of energy sanctions have since crippled Iran’s economy and prompted Tehran to retaliate by breaching its commitments under the nuclear deal.

The Islamic Republic, meanwhile, is grappling with the Middle East’s worst coronavirus outbreak. The death toll climbed to 2,898 on Tuesday, with more than 44,000 confirmed cases, Iran’s Health Ministry said.

The White House has resisted calls from some world leaders and human rights organizations to ease its “maximum pressure” campaign of sanctions against Iran, which Tehran says is hampering its ability to contain the virus. Officials in Iran have increasingly taken to social media to condemn the United States for what it calls “economic terrorism.”

US Secretary of State Mike Pompeo stressed in a Tuesday news conference that the United States has offered humanitarian assistance to Iran in the wake of the coronavirus pandemic. Medicine and medical supplies are exempted from US sanctions.

“When they make the claim that they just don’t have the money to feed their people, these are decisions that these people’s leaders have often made,” Pompeo said of Iran and other sanctioned countries. “It is indeed quite sad.”

“Several times Americans have offered to help us to fight the pandemic. That is strange because you face shortages in America,” Khamenei said in a televised speech.