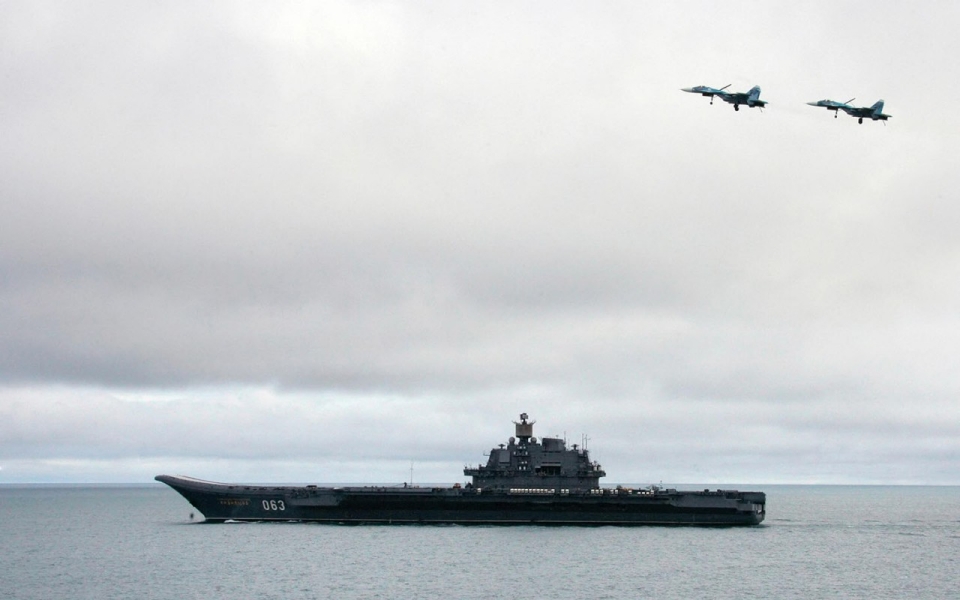 Above: Russian aircraft-carrier Admiral Kuznetsov is seen during a military exercises of the North Fleet, August 2005. Alexey Panov/AFP/Getty Images

Russia will send two ships to the east Mediterranean to strengthen its naval presence because of the “well-known situation” there, Interfax news agency said on Thursday referring to the Syria crisis, as the West prepares for possible military strikes and Russian citizens were evacuated from Syria.

“A large anti-submarine ship of the Northern Fleet will join [existing naval forces] over the next few days,” a source in the Russian General Staff told Interfax.

The agency quoted a source in the armed forces’ general staff as saying an anti-submarine vessel and a missile cruiser would be sent in the coming days because the situation “required us to make some adjustments” in the naval force.

In June, Russia’s Navy Commander Adm. Viktor Chirkov announced that the missile cruiser, The Admiral Kuznetsov — Russia’s only missile cruiser — would be deployed to the Mediterranean by the end of 2013. The latest report on Thursday seemed to push up that timeline. The Defense Ministry was not immediately available for comment.

State-run RIA Novosti news agency cited a high-ranking representative of the naval command who said the changes to the country’s forces in the region were not linked to the current tensions over Syria and called them “a planned rotation.”

Meanwhile, a group of 27 Russians, mostly women and children, was picked up on Wednesday from Latakia, Syria, the Moscow Times reported. On Tuesday, a plane brought 75 Russians in Syria back to Moscow.

U.S. President Barack Obama said Wednesday that he is certain that a chemical-weapons attack by the regime of Syria’s President Bashar al-Assad caused the deaths of hundreds of civilians on the outskirts of Damascus last week, and warned that “international consequences” were required for such an act.

Russia, President Bashar al-Assad’s main international ally, says it opposes any military intervention in Syria and that it has no plans to be drawn into any conflict. It says there is no proof that Assad’s forces carried out the attack.